‘Three Identical Strangers’ review: When truth is stranger than fiction The documentary, now streaming on Netflix, sheds light on a truly astonishing tale of triplets separated at birth

Sometimes, truth is far stranger than fiction. Quite apart from the very surreal times we are living in, this phrase is perhaps best illustrated by a fascinating documentary titled Three Identical Strangers, now on Netflix.

Directed by Tim Wardle, the documentary uses a combination of in-person interviews, archival material and reconstruction sequences to tell the story.

In 1980, 19-year-old Bobby Shafran was heading off to a community college in the Catskills. On his arrival, he was met with the warmest welcome imaginable on a first day: students asked him ‘how was your summer’, there were hi-fives, and kisses from girls. Even more bizarrely, everyone persisted in calling him Eddy.

The incredible explanation, as Bobby soon discovered, was that he had a long-lost brother. More accurately, an identical twin, whose name was Eddy Galland. And while that in itself seemed to be pulled from a movie script (twins have always held a particular fascination for filmmakers), the story was just beginning.

Another boy, David Kellman, saw the twins’ photo in a newspaper and realised they looked like him and he like them.

The twins were in fact triplets.

As the interviews with family and friends in the documentary inform us, the triplets shared a bond from day one, notwithstanding the fact that they had been brought up in very different environments. What followed were articles in major publications and numerous TV appearances (the public lapped up the feel-good story asking questions like ‘Do you like the same colours?’ and ‘Do you have similar taste in women’). The triplets even had a cameo in the Madonna film Desperately Seeking Susan. Soon, they found an apartment in New York and opened a restaurant called — what else — ‘Triplets’. Life was a big party for a while at least.

(The fairytale fizzled out when Bobby left the business, and ended when Eddy died by suicide).

However, at the same time, the triplets’ parents had numerous questions. And this is where the feel-good story turns murky.

All three boys had been adopted from Louise Wise Services, a prominent agency with a focus on placing Jewish babies, overseen by a board comprising New York’s elite.

The parents were never told that there were two other children. When they demanded answers, they were given a less-than-satisfactory response and when they tried to hire a lawyer, they were told the case could not be taken.

In addition, a far more nefarious aspect to the story was brought forward when journalist Lawrence Wright started working on a story on identical twins reared apart.

During his research, he came across an article referencing a study in which identical siblings had been separated. The babies had all come from Louise Wise.

The study had been led by Dr Peter Neubauer, a distinguished psychiatrist who was an Austrian refugee from the Holocaust. The exact purpose of the study, conducted from 1960 to 1980, is still unknown and the results of the study were never published. While, the research material is kept at Yale University, Dr Neubauer had it sealed till 2066.

While the documentary attempts to provide a few answers (there are interviews with Lawrence Perlman, a researcher on the study and Natasha Josefowitz, Dr Neubauer’s research assistant), it is also difficult to provide a sense of closure without all the information on hand. It might have helped though to provide more information on Dr Neubauer as well as interview the triplets’ older sisters, who were also adopted from Louise Wise (perhaps they declined to be interviewed).

Without the knowledge of what the exact purpose of the study was and what was found out, one can only speculate that it was to check the effect of nature versus nurture. Most tragically, there is nobody from whom the triplets and their families can demand accountability and answers on how the separation of the brothers affected the trajectory of each of their lives and their families.

Even more unnerving is the fact that there is no record of how many sets of siblings were separated for the study (only one set of twins is featured in the documentary).

As Lawrence Wright says, “It really opens up the possibility that anyone can just walk around the corner and discover that you have a twin out there.”

Shriya Pilgaonkar slams attacks on Bollywood : Everybody is coming with their own agenda right now

#MeToo: Dimple Paul Shares Experience With Sajid Khan, Says ‘Farah Khan Should Help Her Brother, One Year Ban Is Not Enough For Him’ 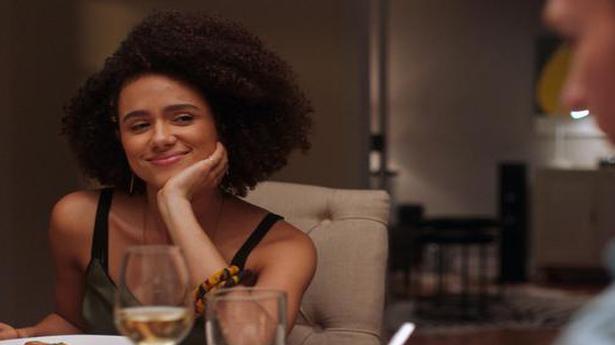 Kartik Aaryan works out at midnight because he is busy doing nothing all day!

Shriya Pilgaonkar slams attacks on Bollywood : Everybody is coming with their own agenda right now