Tarun Tahiliani’s latest collection Age of Innocence is from the bride of today – practical, lightweight and comfortable.

Tarun Tahiliani ensembles more often than not stand out as an enviable turn-of-the-century items, emblematic of luxury, grace and fine craftsmanship. The designer this season, at the Lotus Make-up India Fashion Week organised by the Fashion Design Council of India (FDCI). The designer went back into his rich archives to address the needs of the bride of today. Wedding wear or traditional Indian outfits, once a fun and interesting form dressing during Indian festivities, have realigned and repurposed itself. And so, designer Tarun Tahiliani whose design house has an incredible legacy, shifted the focus to what brides want – Lightness, wearability, timelessness and comfort. “I have always been obsessed with the quest of ‘how does one make things lighter and more contemporary?’ So, we decided to hand paint unique colours that you may not find a Jaamevar shawl in and then go back to our Kashida technique, which is hand-embroidering over the base and along the way somehow in that subtlety also came our inspiration from minakari – which is the fine art of enamelling and painting on the back of the necklaces that are often made all over India,” says Tahiliani.

A sketch from Tarun Tahiliani’s show

Adding on to his recent fashion film, the set was signature TT, inspired by nature. The collection saw an amalgamation of of-the-moment weightlessness with tradition. Brocade lehengas and kurtas dominated the digital showcase. Pussy bow kurtas were paired with pants and dupattas, pocket lehengas added a spirits of practicality to the ensembles.Jaamevar technique was recontextualised which resulted in visually appealing finish. Hand painted motif from his earlier outings were used as hand embroidery on the pieces. Brocade bandgalas, chevron embroidery on shervanis is what we saw taking over the menswear segment. Headgears embedded with flowers add drama to the looks.


Thank you for subscribing to our daily newsletter.

Neha Kakkar-Rohanpreet Singh Wedding: Check Out the Bride’s Looks From All the Functions

Coronavirus: People with five or more symptoms are at a higher risk for developing long-COVID, says study | The Times of India

Q and a with Hormazd 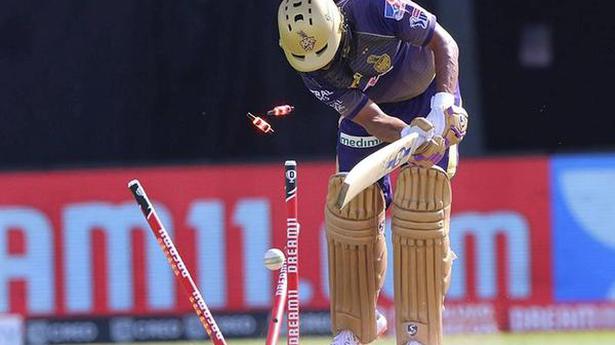