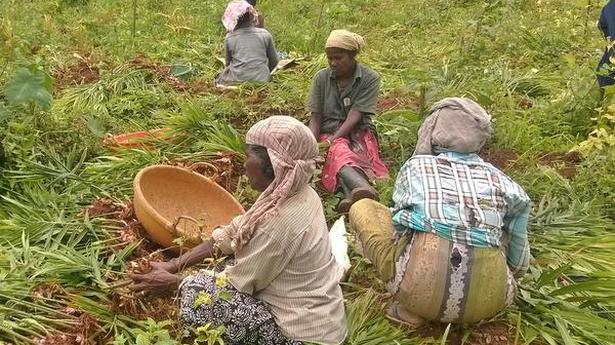 
With only a few weeks left for ginger harvest, uncertainties in the market triggered by the pandemic have cast a pall over thousands of farmers who have cultivated the crop in Wayanad and parts of Karnataka.

The abrupt closure of major ginger markets in the country coupled with a sharp fall in prices of ginger rhizomes and low production owing to crop diseases are major concerns of farmers.

The spot price of ginger in the Wayanad market on Saturday was ₹950 to ₹1,000 a bag (60 kg) as against ₹2,900 a bag during the corresponding period last year. The price went up to ₹8,000 in August last year, said Navrang Mohanan, general secretary, All India Ginger Growers Association.

K.P. Sandeep, a farmer from Sulthan Bathery, said he had invested nearly ₹5 lakh on the crop on one acre of leased land but was compelled to take premature harvest owing to a fungal disease that affected the crop after heavy rain a few weeks ago. “I got only 20 bags of ginger after the harvest,” he said, adding that he had no clue about compensating for the loss. Many a time, traders refused to purchase the produce owing to uncertainties in the market, he said.

“Nobody can predict when the authorities will declare containment zones in major markets of the country. Hence, we are not in a position to procure the produce in huge quantities. Moreover, we cannot stock the perishable stuff for a long time,” said Jis Thomas, a ginger dealer in Hassan of Karnataka.

The area under ginger cultivation had increased nearly threefold this season owing to good prices in the past two years. An average yield of ginger rhizomes from an acre is 18 to 20 tonnes, but it declined to 10 to 12 tonnes this season, as many farmers started cultivation two months later this year owing to the pandemic, Mr. Mohanan said.

Around 25,000 farmers in the State had cultivated the crop on nearly 1,50,000 hectares of leased land in Karnataka alone this year. 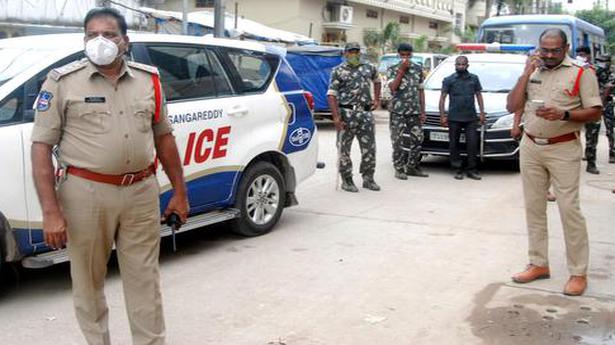