HomeNewsOffice leasing in Bengaluru down by 60% in first half of 2020, says report
News

Office leasing in Bengaluru down by 60% in first half of 2020, says report 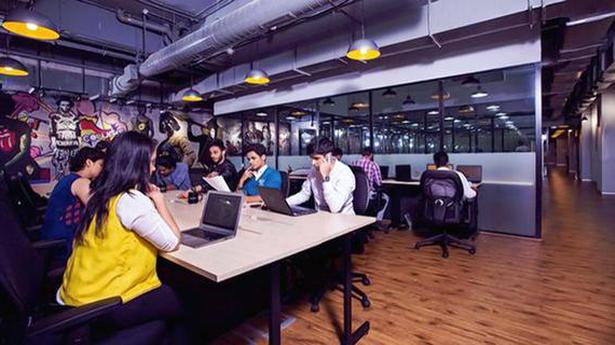 
Office leasing activities in Bengaluru were down by more than 60% in the first half of 2020 compared to the corresponding period in 2019, according to a report by realty market research and advisory firm Savills India. During the first half of 2019, the city reported leasing of 8.5 million sq.ft of office space; this year, the demand dipped to 3.3 million sq.ft.

The lower demand, obviously, was on account of the business uncertainty during the period of complete lockdown. About 75% of the overall city-wide space absorption is concentrated across East Bengaluru, Whitefield, Brookefield, and Outer Ring Road areas, it said. “A few interesting trends emerged in the city in the first six months of the year. While over 70% of the leasing activity came from captive clients (mostly the U.S. and European MNCs), there was a drop in SEZ space offtake by about 85%,” noted the study.

In the beginning of the year, the Bengaluru market was projected to have an additional stock of 17.3 million sq.ft. However, a shortfall is expected because of the current pandemic. The supply addition is now expected to be in the range of 10-13 million sq. ft. “This is in line with the micromarket-wise demand for office space. At the end of H1-2020, the total stock in the city stood at 162 million sq.ft,” said the report. According to Savills India, Bengaluru has been the frontrunner in office space demand for many years.

Undoubtedly, the city witnessed a dip in demand for commercial spaces, especially during the lockdown period when there was no activity, but some argue the situation is not entirely bleak. As per Colliers International India, a global commercial realty services firm, Bengaluru still remains not only a top occupier location (notably for technology companies), but also Asia Pacific’s second largest Grade A office market by stock after Tokyo.

“Over H1-2020 as a whole, the biggest drivers of new supply in APAC were the Indian cities. Bengaluru led the way with a new supply of 6.8 million square feet. The bulk of this new supply represented projects in the final stages of completion held back from 2019,” said Arpit Mehrotra, MD of Office Services (South India) at Colliers.

“Tenants have had to adjust to new realities — that of social distancing. While many companies may continue with the work from home model for a certain percentage of their workforce, they will also need to de-densify their office spaces to adhere to social distancing norms for those employees who cannot work from home. The area needed for employees in the past was 80 sq.ft per employee; it has now gone up to 120-130 sq.ft. Meanwhile, major companies such as Google are actively scouting for major office spaces in the city,” said Anuj Puri, chairman of ANAROCK Property Consultants.

Times of india9 mins ago

Cuomo: Movie Theaters In NY Can Open Friday, With Limits