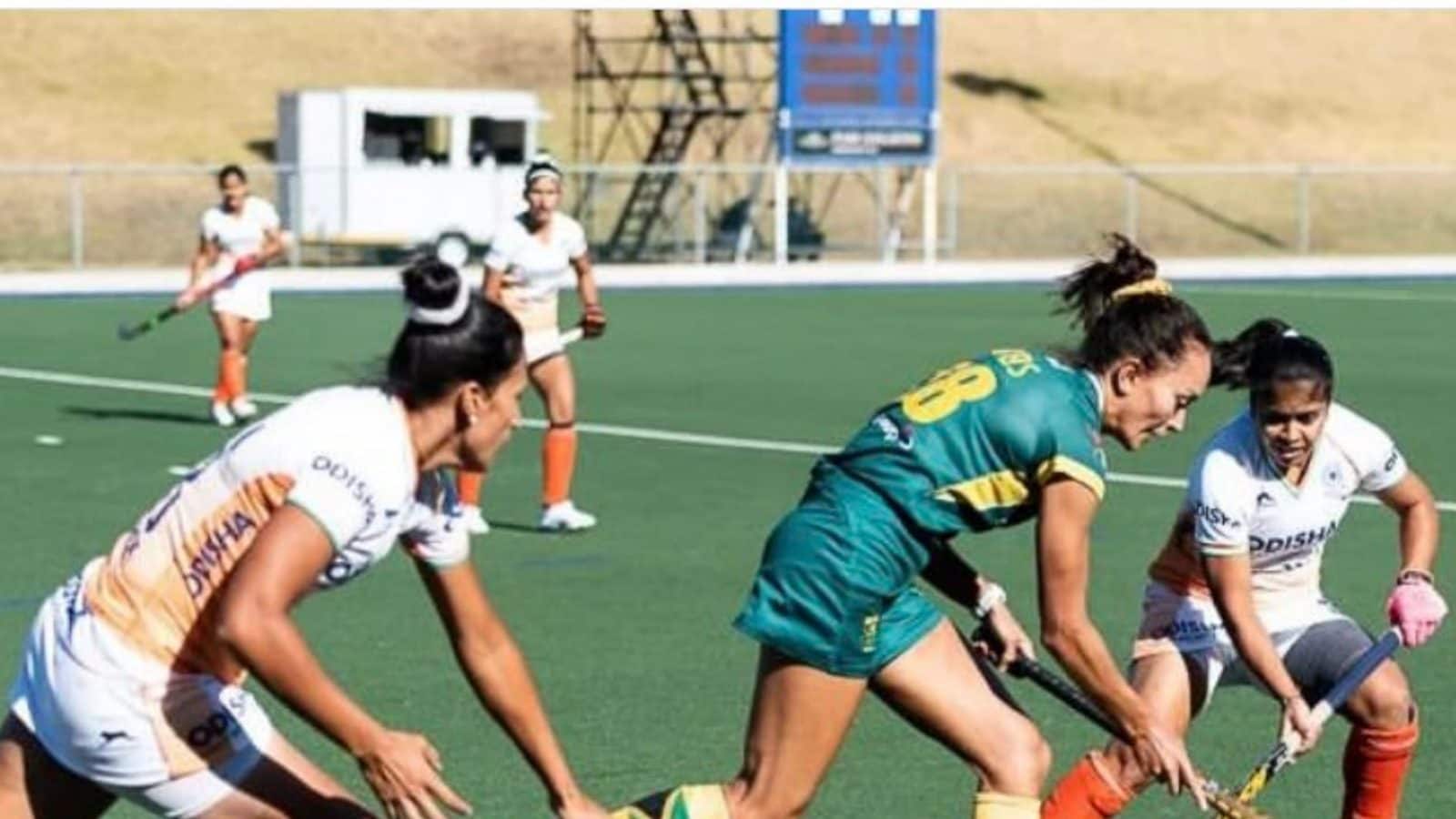 This was India’s last match against the South African side before they take on world No.1 Netherlands on January 23.

The Indian women’s hockey team remained unbeaten on their South Africa tour thus far, registering a 2-2 draw against the hosts in its fourth match here on Sunday.

This was India’s last match against the South African side before they take on world No.1 Netherlands on January 23.

Vaishnavi Vithal Palkhe, playing in her debut tour for the senior side, starred for India scoring two goals that helped them hold South Africa to a draw.

South Africa made a strong start on Sunday, after a series of losses against India. The home team had lost 1-5, 0-7 and 0-4 to India thus far.

Determined to end the matches against India on a good note, South Africa were first to make a breakthrough when they capitalised on an Indian infringement.

The penalty stroke awarded to them was utilised well with Quanita Bobbs beating young goalie Bichu Devi Kharibam to convert the goal in the eighth minute.

India were able to equalise in the 29th minute when a good PC variation helped them score a goal. It was Vaishnavi who did well to remain calm and pump the ball into the post.

South Africa managed to snatch the lead again when Tarryn Lombard struck a field goal in the 35th minute. The next few minutes remained tense.

Vaishnavi finally brought some respite when she converted a PC in the 51st minute. India did well to tighten their defence in the dying minutes of the match to ensure they walk away with a draw.