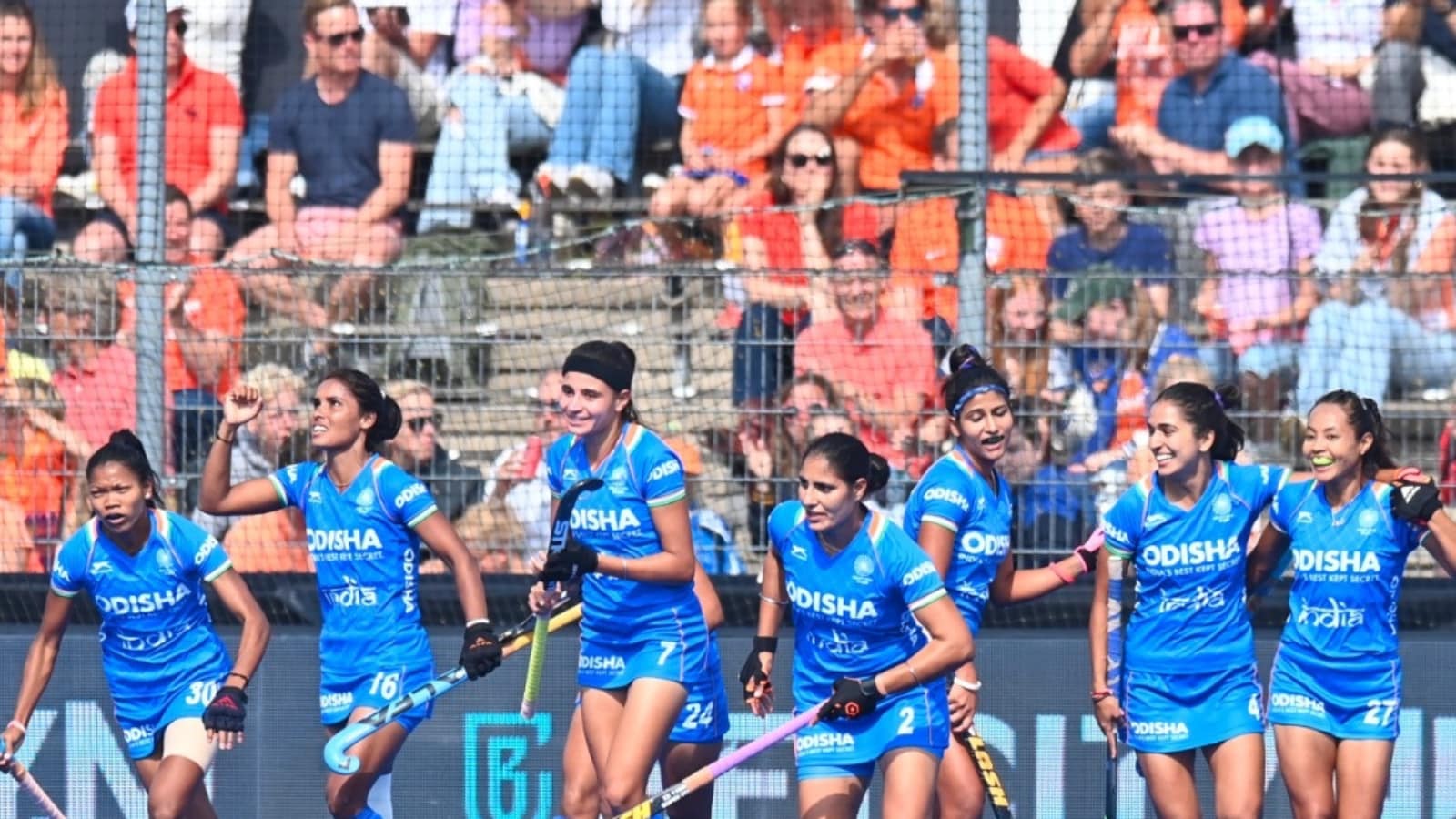 The Indian women’s hockey team registered a stellar 5-1 win over South Africa in the first game of the four-match series on Monday.

Vaishnavi Vitthal Phalke, the industrious midfielder took to the pitch as a senior for the first time as she was selected to start against South Africa in this game. It marked a momentous occasion for the young player who led the Indian women’s junior team at the Uniphar U23 5-Nation Tournament 2022 in May.

India got into their passing rhythm quickly and pushed South Africa back into their own half early on in the quarter. India took the lead through Rani (12′), who expertly converted a penalty corner to make it 1-0 in favour of the Indian women’s hockey team. The first quarter came to a close soon after as India went into the first interval with a slender lead.

India started the next quarter at a high tempo as they were dominating possession and carving out chances at will. They scored four more goals in quick succession as Monika (20′) started India’s blitz. Navneet Kaur (24′) made it 3-0 in favour of India as she calmly slotted the ball into the net after a brilliant team move.

Gurjit Kaur (25′) skilfully converted a penalty to extend the Indian women’s hockey team’s lead as the South African players were struggling to find a foothold in the match. Right before the quarter came to a close Sangita Kumari (30′) masterfully deflected the ball into the net from a penalty corner to further extend the Indian women’s hockey team’s advantage. India went into the half-time break with an emphatic 5-0 lead.

After the break, India continued to look for more goals as they were pressing the opposition relentlessly. Despite India’s constant pressure South Africa were slowly growing into the game in the third quarter as they were starting to retain the ball well.

South Africa did manage to pull a goal back through Quanita Bobbs (44′) who skilfully converted a penalty corner to make it 5-1. Soon after the quarter came to a close, South Africa were showing signs of a fightback going into the last quarter but India looked comfortable with their 4-goal advantage.

In the final phase of play, India was looking to extend their lead as South Africa were looking for a grandstand finish as they were hoping to get something out of the game. India was retaining the ball expertly as South Africa were chasing the game. Both teams did not find the back of the net in the fourth quarter and the game came to a close at 5-1 in favour of the Indian women’s hockey team.

The Indian women’s hockey team will next take on South Africa again on Tuesday.