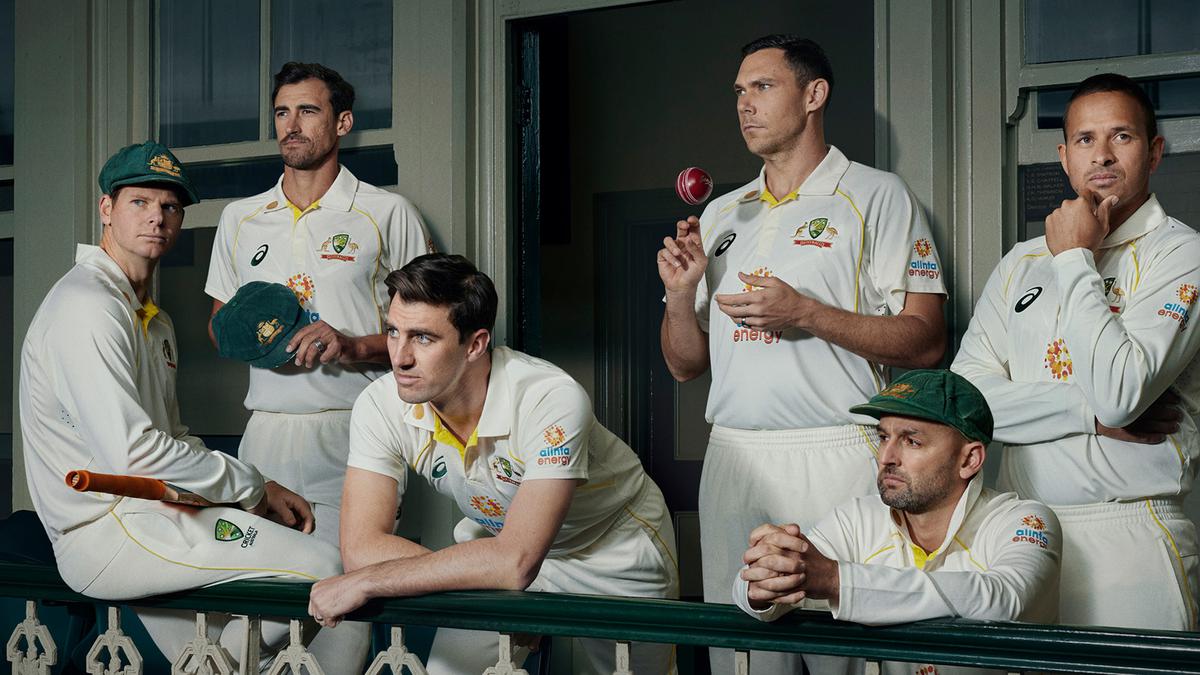 
Australian cricket and transitions have usually made for interesting stories over the last four decades. The departure from the toxic culture following the Sandpapergate scandal in 2018 to something more humane and sensitized was the subject of season one of  The Test, that released in 2020. Nearly three years on, the second season sees the men’s team go through yet another transition in leadership, though less dramatic than the first.

It would have been very compelling having a fly-on-the-wall documentary on how the Australian dressing room had the rug pulled from underneath by the Indians in the iconic 2020-21 home series. Unfortunately, the second season of  The Test does not cover that period; the four-part series starts from the 2021-22 Ashes and finishes with the tour of Sri Lanka in June, covering just the Test matches.

It begins with another Australian captain’s tearful resignation, that of Tim Paine, following a texting scandal involving a woman. It led to the elevation of Pat Cummins as the new Test captain weeks before the first Test against England. All along, there was also the undercurrent with head coach Justin Langer, who apparently many of the players started to resent.

The passionate and feisty Langer, the down-to-earth Paine and limited-overs captain Aaron Finch combined to not only change the team culture, but also deliver better results. But Langer’s brand of tough love got too intense for his players, and even a 4-0 Ashes win for Australia didn’t please his bosses enough to give him a generous extension. Former players, mostly Langer’s mates, slammed the team and Cummins for being disrespectful.

Players interviewed for this documentary express how secure they felt under their new leader. Cummins came out with a statement respecting the sentiments retired players and analysts felt towards Langer. He added that in the same vein, he would stand by his players too. “Pat handled it like a genius,” says Ashton Agar.

Storyline: Weeks away from the first Ashes Test Match in 2021, Pat Cummins takes on the Australian captaincy; he and the team are responsible for writing their legacy and paving a new pathway for cricket in Australia

Season two is essentially about Cummins and the respect that gained traction with every series. The Cummins era dispelled the myth long held in Australian cricket that bowlers cannot be considered for the Test captaincy. It’s a miracle of sorts that Cummins has gotten this far; for years, he was rarely fit enough to last two Tests in a row. Rather than throw in the towel, he understood his body, persevered, and became an indispensable member of the fast-bowling attack.

His players credit him and his shrewd bowling changes for helping Australia beat Pakistan after 15 grueling days of Test cricket. His friendly, amiable nature allowed his mates to express themselves freely, like Mitch Marsh declaring that “Patty Cummins is s**t at Call of Duty.”

The Australian cricketers at the world premiere of season two of ‘The Test’
| Photo Credit:
Scott Ehler

It is also to the show’s credit that generous airtime is given to Usman Khawaja and Australia’s willingness to embrace diversity, though they still have a long way to go in that regard. When fast bowler Scott Boland debuted in Melbourne against England, he was only the second Indigenous male player since Jason Gillespie to play Test cricket for Australia. His debut, and the way he was welcomed by the crowds, turned out to be as remarkable as that piece of trivia.

Khawaja, through his journey with the team over a decade, remains the poster-boy for diversity. With the filmmakers given a free hand inside the homes of the players, the Khawajas in their Sydney home recall a moment from his childhood over lunch. Khawaja recalled how embarrassed he was when his dad would declare that his prodigious eight-year-old son would play for Australia. Khawaja was for long in denial that a brown kid would stand an iota of a chance at senior level. His dad, who had uprooted the family from Karachi, was more optimistic though.

Khawaja recounts his struggles with racism during a talk with kids at the Islamic college in Brisbane. He speaks freely about conquering his demons as he scored one brilliant century after another, at a time when he thought his days as a Test player were numbered. Poignantly, he scores a century in his hometown of Karachi. He also conducts a quiz on Pakistan to test his mates. At the world premiere of season two of ‘The Test’
| Photo Credit:
Scott Ehler

The season really takes off from episodes three and four, when the team goes on tour. With the dynamic and respected Cummins at the helm, the Australians are viewed by the locals in Pakistan and Sri Lanka as ambassadors of goodwill. They are thankful that a full-strength team had committed to a full tour of Pakistan at a time when teams would pull out at the drop of a hat; Sri Lankans needed cricket as a healthy distraction with the horrors of its economic crisis and anti-government protests growing by the day.

There is less drama compared to season one, considerably less bat-flinging and loud swearing in the change rooms after a dismissal, probably an indication that players have learnt to rein in their emotions, with cameras around. And certainly no mind-boggling terms like “Elite Honesty” and other ‘Langerisms’. Players do open up on their darkest moments, like Glen Maxwell describing his depression and subsequent break from the game, his anxious wait for a Test recall, all hinging on Travis Head’s fitness test.

Players are generous with access to their homes and intimate settings, as we see David Warner tucking his kids to bed, Cameron Green spending time with his partner, and the friendship between Alex Carey and Head. There are also dressing room quirks. A toasted sandwich, fresh off the coals, is put in a fridge within seconds. Who does that anyway? Marnus Labuchagne.