Mahmood Farooqui has a simple way of telling complicated stories layered with complex narratives — a quality that was intrinsic to Hindi playwright Swadesh Deepak too, who has the missing since 2006.

At the start of his career, Mahmood had directed his play Court Martial on two separate occasions; once in 1994 at the Doon School, his alma mater, and then between 2014 and 2016 for the inmates of Tihar Jail. “It was a roaring hit,” he says. So, when Swadesh’s son Sukaant Deepak invited him to perform his latest dastangoi ‘ Dastan-e-Karn Az Mahabharat’ for the first event of the Chandigarh-headquartered Elsewhere Foundation, he took the offer, but refused to take any money for it.

“This is a venture that I whole-heartedly wanted to support because I owe a great debt to Swadesh. His play got me dividends whenever I had done it. So, it was a payback time for me,” he says. The foundation, co-founded by Nagaina Bains and Sukaant in the memory of Swadesh, curates art, music and theatre events that resonate with the socio-cultural core of Swadesh’s works. On a nippy, mid-November evening, at the amphitheatre of Chandigarh’s iconic Rock Garden, Mahmood walks swiftly towards the stage and scans his audience before the act. His all-white attire, the topi (headgear) and angarkha, paired with a pyjama, makes a sharp sartorial statement on both, his identity and the craft he’s been popularising for nearly 18 years.

His words — coupled with seamless voice modulation and immersive lingual shifts between Urdu, Persian, Hindi, and Sanskrit —set fire to one’s imagination. He navigates the epic of Mahabharata through the life events of Karna. “He’s the great anti-hero, anti-establishment figure, the angst-ridden outsider, the marginalised. Everybody loves Karna. I personally identify with his character also. I also think that I should have long since arrived but this zaalim samaaj (cruel society) is not letting me come forward. On a lighter note, I’ll say that.”

Mahmood’s first modern performance of Dastangoi took place on May 4, 2005. And he remembers the date distinctly. “I had been thinking and engaging with it for almost four years before that because I first read Shamsur Rahman Faruqi’s works in 2000. His writings and scholarships provided the spurt because nobody had invested in modern era in studying the form, in collecting the traditional dastans,” he shares. Mahmood has toured the life stories of many, from Vijaydan Detha to Manto and Sayed Hayder Raza, through dastangoi, and audience from many countries, including Pakistan and US, joined him on his story-telling expeditions.

But he does not allow anyone to videotape his performance. “It is for the audience to accept or reject what I am saying. The audience, so far, has accepted it… Recordings do not provide a context. Anything can go viral,” he says, adding “That is the risk that any artist takes.” 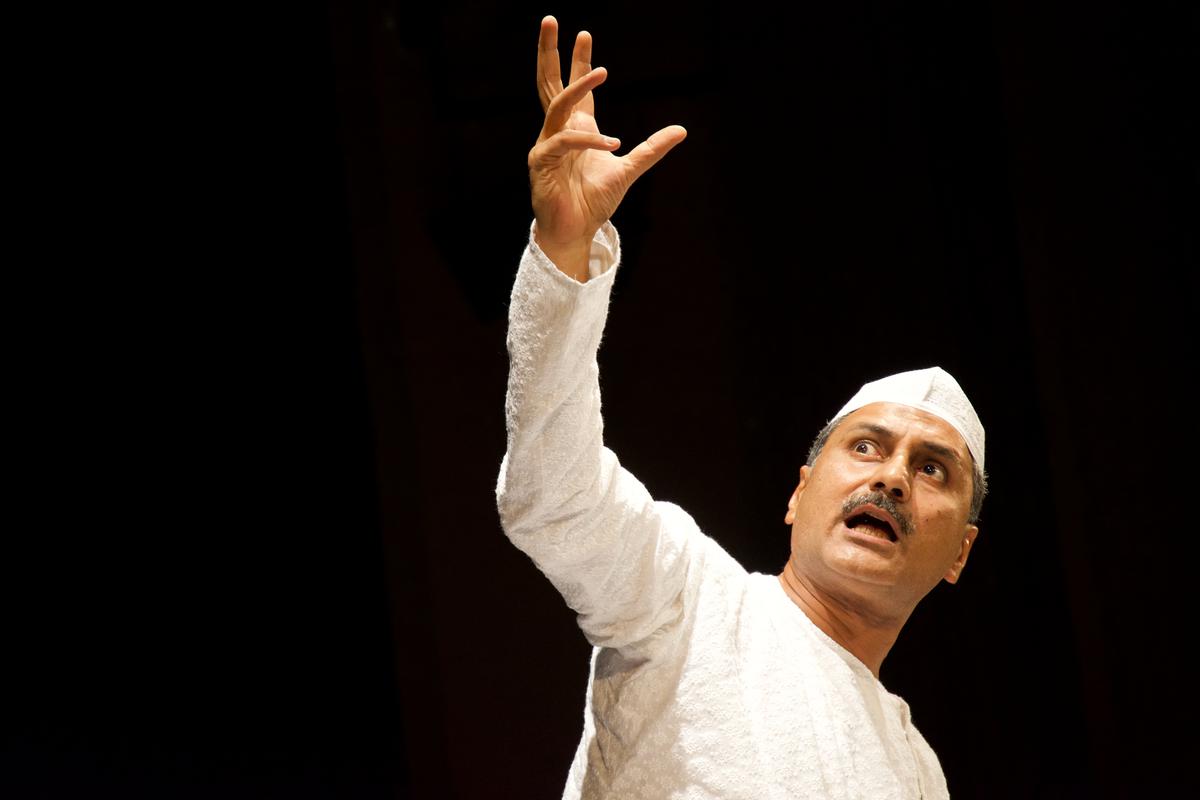 Mahmood reminds both, Muslims and Hindus that the culture and legacies of our country are very diverse and have weathered different kinds of currents in the past. “The pre-Colonial audience would listen to the traditional dastaans in a much more tolerant, accepting, and progressive in their attitudes going by the stories, than the audience in India today, regardless of whichever religion they belong to,” he says.

For now, Mahmood finds some respite in the growing popularity of dastangoi, especially its acceptance in Pakistan and in regional languages like Marathi, Bengali and Gujarati. He formed the dastangoi collective in 2009. “One of my teams just did a session at NSD’s theatre and education extension wing at Agartala in Tripura. It’s going to be part of the curriculum there. In 18 years, dastangoi has achieved enormous success. Still there’s a long way to go before we can say that Dastangoi has found its feet. It now seems to be a natural part of festivals theatre, literature and cultural festivals in Delhi, Lucknow and Mumbai.”