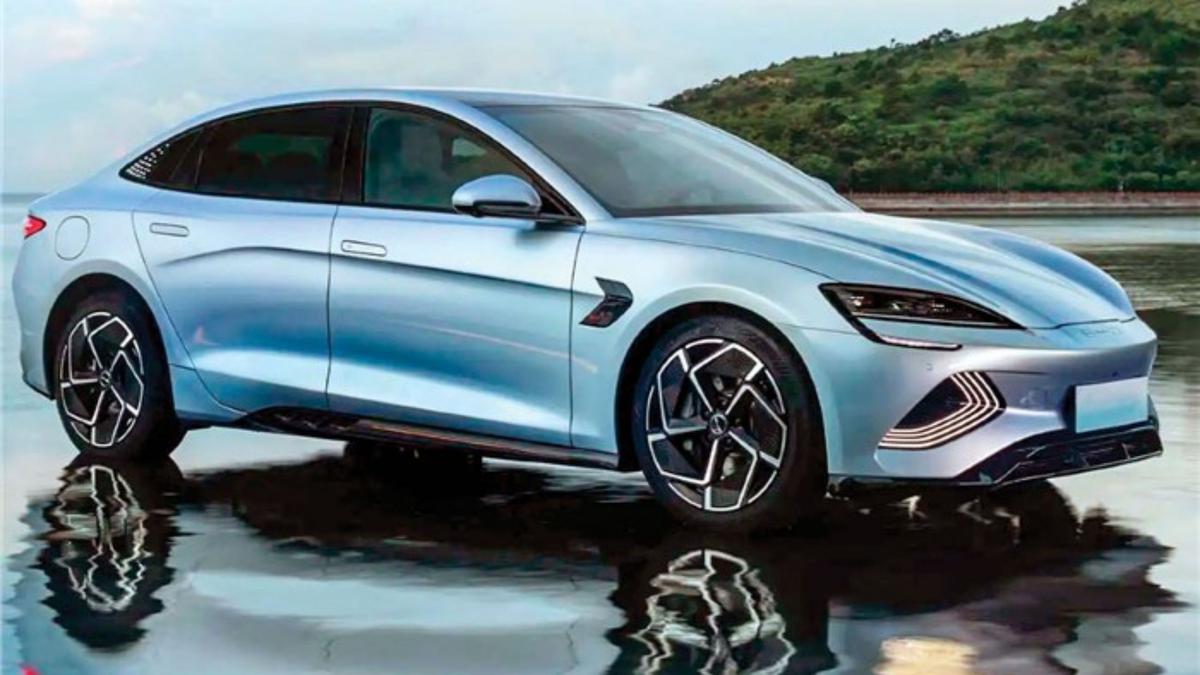 
BYD (Build Your Dreams), the EV-only brand from China, plans to showcase its all-new Seal sedan for the first time in India at the Auto Expo. The BYD Seal is the brand’s answer to the popular Tesla Model 3 in markets such as Europe and China, and is a born-electric sedan.

In terms of design, the Seal inherits cues from the Ocean X concept from 2021 and follows BYD’s ‘ocean aesthetics’ design language. It also continues the ocean-themed nomenclature in BYD’s EV range, like the Dolphin. The Seal features radical details such as a coupe-like all-glass roof, flush-fitting door handles, four boomerang-shaped LED daytime running lights, split headlamp design and a full-width LED light bar at the rear.

Like the Atto 3 and e6, BYD Seal also gets a rotating, 15.6-inch infotainment display in the centre console, with the driver getting a 10.25-inch digital instrument cluster and a head-up display. The floating touchscreen is flanked by the central AC vents, with the drive selector and a scroll wheel to select the various drive modes below. The centre console also houses basic controls for functions such as a heated windscreen and volume control for the audio system as well as two wireless charging pads.

The Seal uses BYD’s Blade battery tech, which will be seen in EVs in India and overseas. The Seal is based on BYD’s e-Platform 3.0 and comes with two battery packs — a 61.4kWh unit and an 82.5kWh unit. The former has a range of 550km on the China Light-Duty Vehicle Test Cycle (CLTC-cycle), while the latter has a range of 700km on the same. The smaller battery can be charged at rates of up to 110kW, while the latter is capable of speeds of up to 150kW.

The dual-motor variant gets an all-wheel drive set-up where the motor mounted at the front produces 218hp and on the rear produces 312hp. Combined, they produce 530hp and is capable of a claimed 0-100kph time of 3.8sec. The 82.5kWh battery with this set-up is capable of a range of 650km (CLTC-cycle).