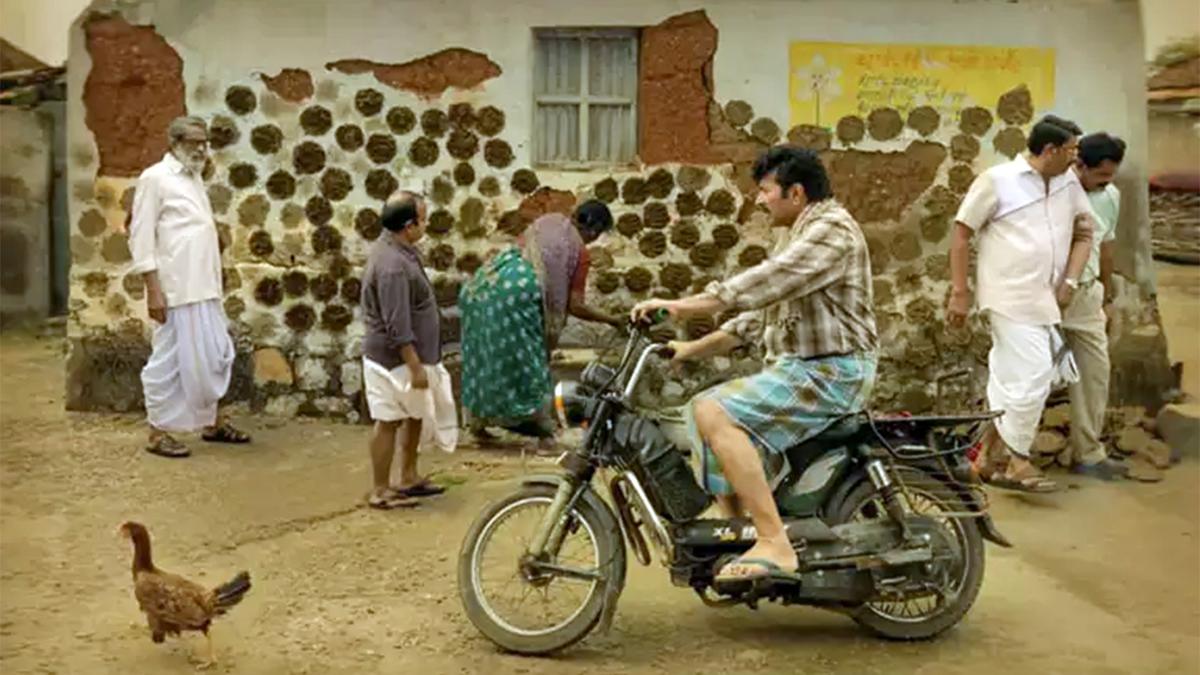 
Malayalam cinema went places in 2022 with several movies winning critical acclaim and tasting success at the box office as well. Going by the films announced, 2023 promises to do better than 2022.

Here are 12 films, not in any order of preference, that are eagerly awaited at theatres. Many of them are helmed by the big stars in Malayalam. However, there are also several small-budget films and dark horses to upset the odds. How the films will fare at the cinemas is anyone’s guess. As of now, these movies have generated a great deal of hype.

The premiere during the International Film Festival of Kerala was watched by a packed hall. Billed as Mammootty’s best film of the year, Nanpakal…, scripted by S Hareesh tells the story of James who falls asleep to wake up a ‘different’ man. Shot in Tamil Nadu, the movie has the thespian acting as two characters. The film will be released in January.

Based on Benyamin’s eponymous best-seller, the story of Najeeb, a man forced into slavery after he goes missing in Saudi Arabia, has been in the making for some time. The work on  Aadujeevitham was hampered by the pandemic with the cast and crew stranded in Jordan. Shot in Kerala, Algeria and Wadi Rum, it was completed only in 2022. Prithivraj, who plays Najeeb, went on a diet to play the emaciated character. The film is likely to reach theatres only after a festival run. Bhargavi Nilayam, made in 1964, was the only screenplay written by beloved writer Vaikom Muhammad Basheer. It was based on his short story  Neeliavelicham. Aashiq’s film goes back to Basheer’s original screenplay. Starring Rima Kallingal, Tovino Thomas, Roshan Mathew, Shine Tom Chacko and Rajesh Madhavan, the film has been shot in Kannur. Tovino dons the role of the writer who comes to live in a house that is said to be haunted by the ghost of Bhargavi. She is rumoured to have committed suicide after her love was found dead. Was it suicide or murder? The fabulous team of Fahadh Faasil, Dileesh Pothan and Syam Pushkaran have joined hands to produce this film under the banner of Bhavana Studios. This crime thriller includes Biju Menon, Vineeth Sreenivasan, Joju George, Marathi actor Gireesh Pandurang Kulkarni and Aparna Balamurali in the cast.  Thankam (Gold) follows the adventures of Muthu and Kannan as they travel from Thrissur to Mumbai to distribute the gold with them.

2018 was the year of the great flood in Kerala that inundated almost all the districts in the State. Volunteers came from all walks of life to lead the rescue operations, clean and help people get on with their lives. Leading from the front were fishermen with their boats who rushed in to the flooded areas and rescued thousands of stranded residents. This movie pays tribute to those men and women. With an ensemble cast and shot with a large technical crew, all eyes are on this film that has been made against all odds, as a result of the pandemic and the challenges posed by the theme. Riding on Manju Warrier’s shoulders, this bi-lingual movie, completely shot in West Asia, has an ensemble cast and narrates the story of a Malayali woman who shifts to the Gulf, and her experiences there. Aamir’s directorial debut has been bankrolled by director Zakariya Mohammed. A song from the film made waves but the rest of the film has been kept under wraps. Amal and Mammootty have spun success at the box office.  Bilal has them reuniting with the story of the character Bilal John Kurissingal who we first met in  Big B. Rumours are rife that Dulquer Salman could be seen on screen with his father, Mammootty. To be shot abroad, and in Kerala and West Bengal, the film is said to be a thriller with the ingredients and frames that make Amal’s movies a rage with the youth. The sequel to the box office hit  Lucifer, Prithviraj’s directorial debut, Empuran has Mohanlal in the lead again. Murali Gopy’s script continues the story of the underworld don with many names. The crime thriller is likely to include locations outside India as well. Mohanlal’s directorial debut! Starring him in the lead with a huge cast including Guru Somasundaram, the 3-D film scripted by Jijo Punnoose is a children’s fantasy film. The story revolves around Baroz, the guardian of Vasco da Gama’s treasure trove for 400 years. The treasure will be handed over only to Vasco’s true descendant. Santosh Sivan is DOP of the film. Dulquer’s rare outing in Malayalam cinema is this gangster movie with Aishwariya Lekshmi and Gokul Suresh. Abhilash is veteran Joshiy’s son and Dulquer’s childhood friend. The big-budget film is being produced by Dulquer under his banner, Wayfarer Films. The  Great Indian Kitchen-maker Jeo’s new film stars Mammootty and Jyothika in the lead. Jyothika returns to Malayalam film 12 years after  Seethakalyanam. Even while the shooting of the film was on, videos and snaps of Suriya visiting the sets of the film went viral. These are merely 12 films from about 200-plus films that are expected to be made in 2023. Lijo’s first film with Mohanlal, Malaikottai Vallibhan, will go on the floors this year and Mahesh Narayanan’s project with Kamal Haasan is also likely to begin shooting this year. Senna Hegde’s Padmini with Kunchacko Boban and Aparna Balamurali, Fahadh Faasil’s Paatu with Alphonse Puthren, his Dhooman under the Hombale Films banner, Jaya Jaya Jaya Jaya Hey director Virpin Das’ Guruvayur Ambalanadayil with Prithviraj and Basil Joseph, and Shaji Kailas’ Mohanlal-starrer Alone are some of the notable films that might reach theatres in 2023.

And then there is always that charming film that races past the biggies to win the sweepstakes. Watch this space.