Actor NTR’s 30th film, to be directed by Koratala Siva, is scheduled to go on floors in February and arrive in theatres on April 5, 2024. Though the project was announced a few months ago, there have been speculations surrounding the film and the rest of its cast. NTR 30 will be presented by Nandamuri Kalyan Ram, produced by Kosaraju Harikrishna and Sudhakar Mikkilineni for NTR Arts and Yuva Sudha Arts. Pre-production is underway and the poster shows the actor’s hand holding knives. A caption reads, ‘When courage turns a disease… fear is the only cure’. This film  will be released in Telugu, Hindi, Kannada, Tamil and Malayalam. Cinematographer Ratnavelu, production designer Sabu Cyril, editor Sreekar Prasad and music composer Anirudh are part of the team.

After the massive success of her Telugu debut film Sita Ramam, actor Mrunal Thakur will be playing the female lead in actor Nani’s 30th film. A video glimpse of the untitled film featuring Nani and a child actor indicated a heartwarming family story. The film will be directed by newcomer Shouryuv and produced by Vyra Entertainments. The video shows Nani clicking photographs while discussing the project with his on-screen daughter. The actor will be letting go of his dishevelled beard and moustache that he grew for his film Dasara (releasing on March 30). The crew of Nani’s 30th film includes cinematographer Sanu John Varughese, music composer Hesham Abdul Wahab who is popular for his Malayalam film Hridayam, editor Praveen Anthony and production designer Jothish Shankar. Director Gunashekar’s mythological drama Shaakuntalam, headlined by Samantha Ruth Prabhu, will release in theatres on February 17. The film stars Malayalam actor Dev Mohan as Dushyant. Produced by Neelima Guna and presented by Dil Raju, the film is in its post-production stage. Shaakuntalam is based on Kalidasa’s Sanskrit play Abhijnana Shakuntalam and will be released in Hindi, Telugu, Tamil, Malayalam and Kannada in 3D. The film also stars Mohan Babu, Prakash Raj, Gautami, Aditi Balan and Ananya Nagalla. Music composer Mani Sharma recently completed the background score in Budapest, Hungary, with the Symphony Orchestra of Hungary. Shaakuntalam’s dialogues are by Sai Madhav Burra, cinematography by Sekhar V Joseph and editing by Prawin Pudi.

Director Venkat Prabhu’s Tamil-Telugu bilingual film Custody starring Naga Chaitanya was announced a few weeks ago. The makers unveiled a video glimpse showing the lead actor in an aggressive action mode. The film stars Krithi Shetty as the female lead, Arvind Swami as the antagonist and Priyamani in a crucial role, along with Sampath Raj, Sarathkumar, Premji and Vennela Kishore. Custody is scheduled to arrive in theatres on May 12, 2023. Maestro Ilaiyaraaja and his son Yuvan Shankar Raja composed music for the film produced by Srinivasaa Silver Screen, which has dialogues by Abburi Ravi and cinematography by S R Kathir.

Adivi Sesh gets set for ‘Goodachari 2’ 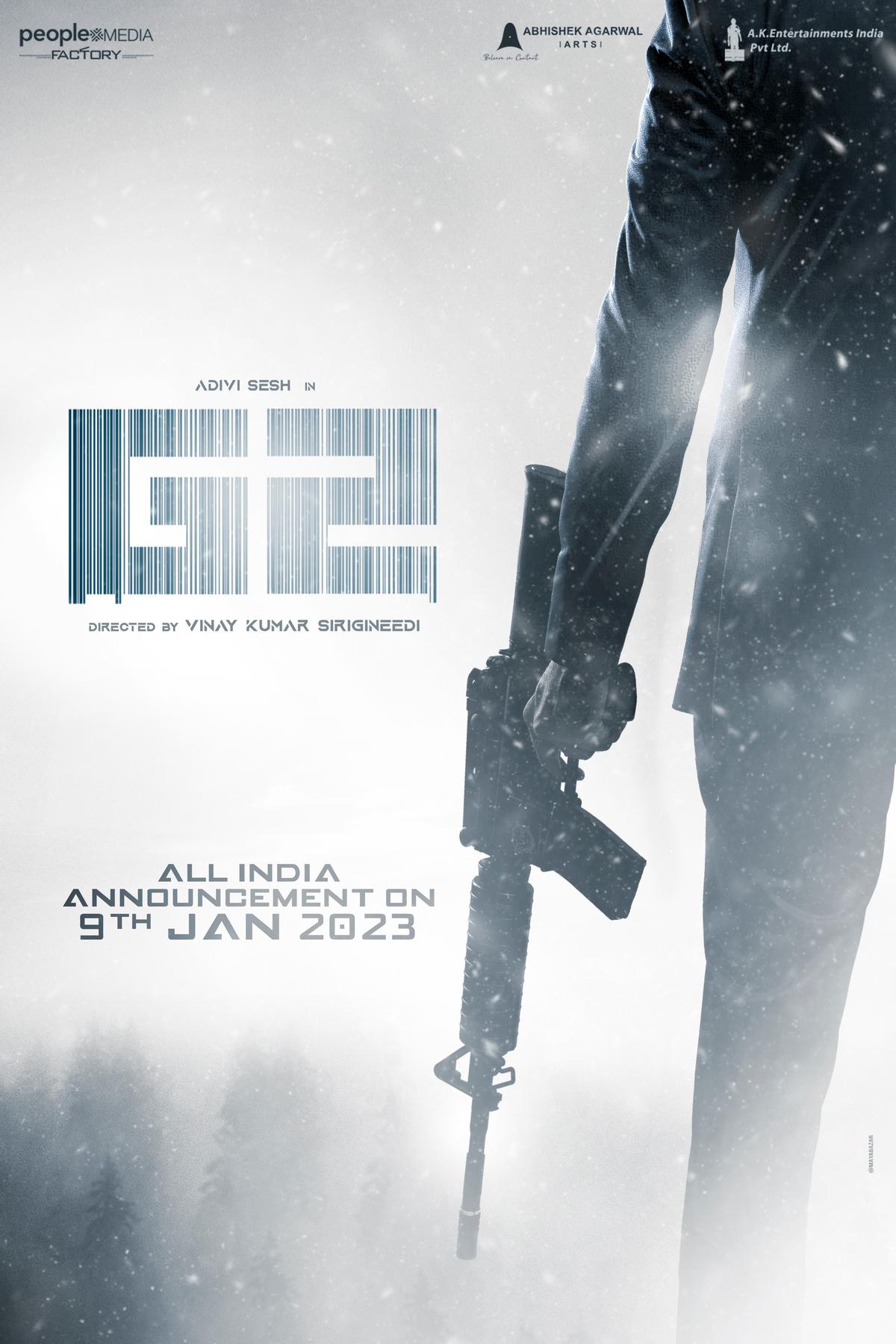 The sequel to ‘Goodachari’, ‘G2’ will be a pan-India film

Actor and writer Adivi Sesh is set to launch his new film Goodachari 2 with on-ground events in Mumbai and New Delhi, on January 9. The sequel to the 2018 Telugu spy thriller Goodachari will be a pan-India film titled G2. Goodachari was written by Adivi Sesh and director Sashi Kiran Tikka.

The makers reveal that while the story of Goodhachari was set in India, the sequel will be an international action thriller and the story will begin where Goodhachari ended in the Alps mountains. Actor Nandamuri Kalyan Ram, who starred in the 2022 Telugu hit fantasy drama Bimbisara, is gearing up for the release of his new film, Amigos. Produced by Mythri Movie Makers and directed by debutant Rajender Reddy, Amigos will release in theatres on February 10, 2023. The new poster of the film features Kalyan Ram, whose character name is Siddharth, with the tagline – doppelganger. Aashika Ranganath plays the female lead.