After a long lull, on-ground festivals and art fairs are back. Last month, Bengaluru hosted the 11th edition of Bangalore Literature Festival to much fanfare. Further south, the Kochi-Muziris Biennale made a comeback after two years.

And in Goa, at the Mandovi waterfront, a lively December mood returned as the Serendipity Arts Festival (December 15-23) reinstated its true form, after two years of exploring the virtual format. “For a lot of people, it was the year of revenge travel. [This edition highlighted] that art is all about shared experiences and how people feel when they are together,” says Smriti Rajgarhia, director of Serendipity Arts Foundation and Festival.

Since 2016, when Serendipity Arts Festivals (SAF) made its debut, it has evolved into a public art festival that is much beyond a Panjim festival. This year, it offered a series of mini events that brought together Indian and international talents from formats as diverse as art and photography, theatre and dance, besides talks and workshops, open air DJ sets as well as Hindustani classical performances on a boat. “Most festivals are quite specific to a discipline, but for SAF, we look at gaps between the genres and disciplines, so we can’t be typecast,” says Rajgarhia, who organised their largest lineup of events so far, in just four months of planning.

The multidisciplinary festival returned to its former glory with a mammoth programming spread over nine days, 14 venues, and featuring 500 plus artistes.

Where sidewalks turn into stages

While the Kochi Biennale had teething issues (its opening was postponed by 11 days), SAF was like a well-oiled machine, where relevant programming, smooth execution, and a variety of curated shows brought together a festival that worked like a successful social experiment to regenerate public spaces. Visitors could experience art in unconventional spaces — old government buildings converted into makeshift galleries (the Post Office Museum’s display of miniature paintings was a triumphant retrospective of Indo-British art from colonial India), abandoned buildings transformed into a creative playground for immersive theatre (the Money Opera performance witnessed a full house every day) and music shows in the parks and even parking lots. Money Opera, an experimental production, at the unnamed building in Altinho.

“When the festival began, I was struck by the goal it set for itself: of creating a new form of interaction between heritage and art, and citizens and the city. And I’ve seen over the course of seven years and five editions that they have unstintingly gone after that mission,” says Goa-based journalist Vivek Menezes, who has been associated with a host of festivals in his home State, from the reputed International Film Festival of India to the recently-launched Liberty and Light Festival.

With sidewalks as stages and promenades as free-for-all performance venues, festivals like SAF offer public spaces a fluidity that encourages the local community to use its multipurpose potential. In eschewing the traditional, commercial art route, not only does it show them how art can impact society but also how communities can shape their social spaces.

For Menezes, a modern-day chronicler of Panjim, the festival brought newer ways of interacting with a city he knows so closely. “Their sprucing up of buildings and finding unique venues every year is an aspect that I find interesting. This year itself, I found at least three spaces on the Mandovi waterfront that I haven’t experienced after a lifetime of being in Panjim.”

The Excise Building, the Post Office Museum and an unnamed building in Altinho were opened for the public this time around.

As a festival built on an inclusivity mandate, SAF offers a platform to artists with different abilities (Swiss artist Michael Fehr, born with a visual impairment, was one of the performers this year) while opening newer avenues and tactile art appreciation initiatives for people with different needs. 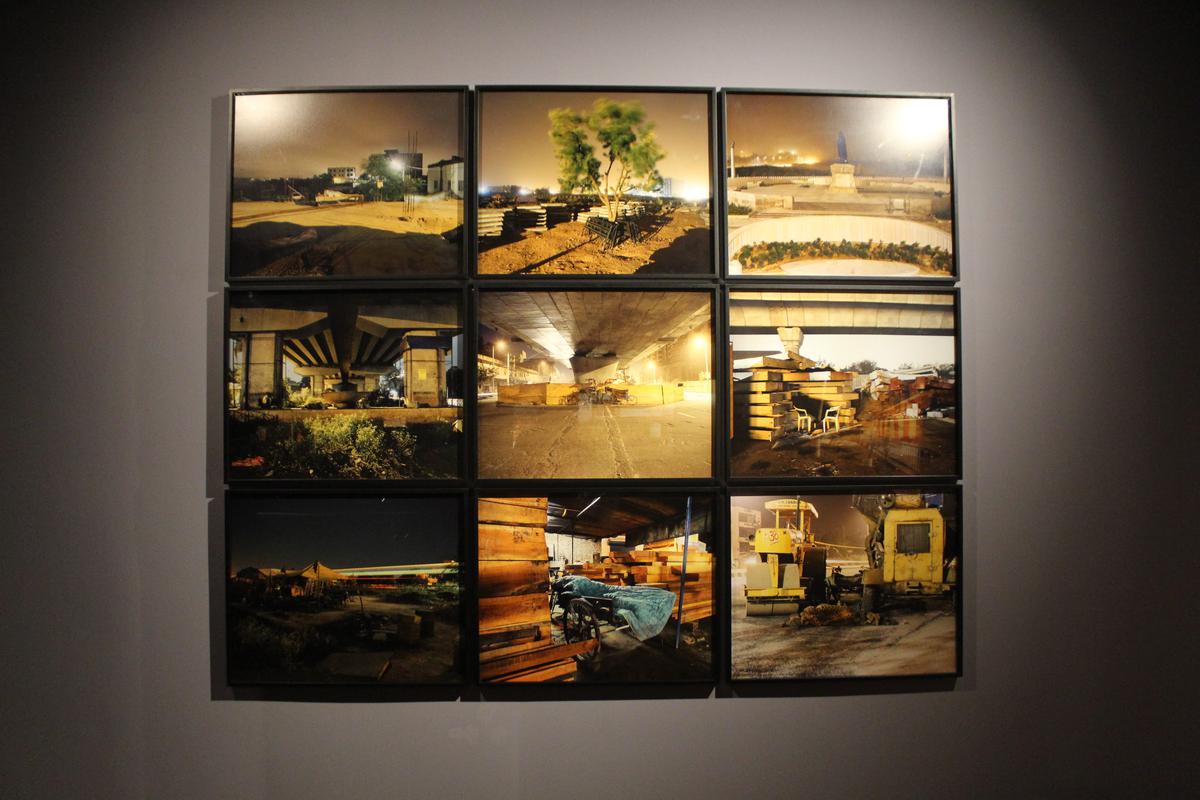 Sudarshan Shetty’s Who is Asleep Who is Awake at the Excise Building.

Outside the white box formality of boutique galleries, SAF invites locals and tourists alike to walk around and explore in shorts and flipflops — comfort trappings of the beach State — and occupy streets and public spaces, which are made more interactive and inviting through artistic interventions. For instance, The Case of the Missing Species, an interactive public art exhibit by the artist collective from Amche Mollem, presented a call-to-action opportunity to participate in one of modern-day India’s biggest citizen movements by asking people to send out postcards prompting politicians and authorities to renounce infrastructural plans detrimental to our biodiversity. At the Old GMC Complex, Nava told the stories of nine urban trans women through the nine rasas.

In this sense, the festival presents viewers with multiple opportunities to interact directly with their immediate surroundings. “The intention is to merge the city, the audiences and the art together. Usually all these happen in a silo, but when you merge all of it, the city becomes an event in time,” shares Rajgarhia as she quotes Aldo Rossi’s The Architecture of the City.

“SAF is just a model for other cities and State governments to see that there is a possibility of regeneration, of activating the public space and getting the public to come back and reclaim the spaces that they are meant to be in, which are beyond Netflix, restaurants, and bars. And we hope it will become the ripple effect, across the country.”

The culture and lifestyle writer is based in Goa.