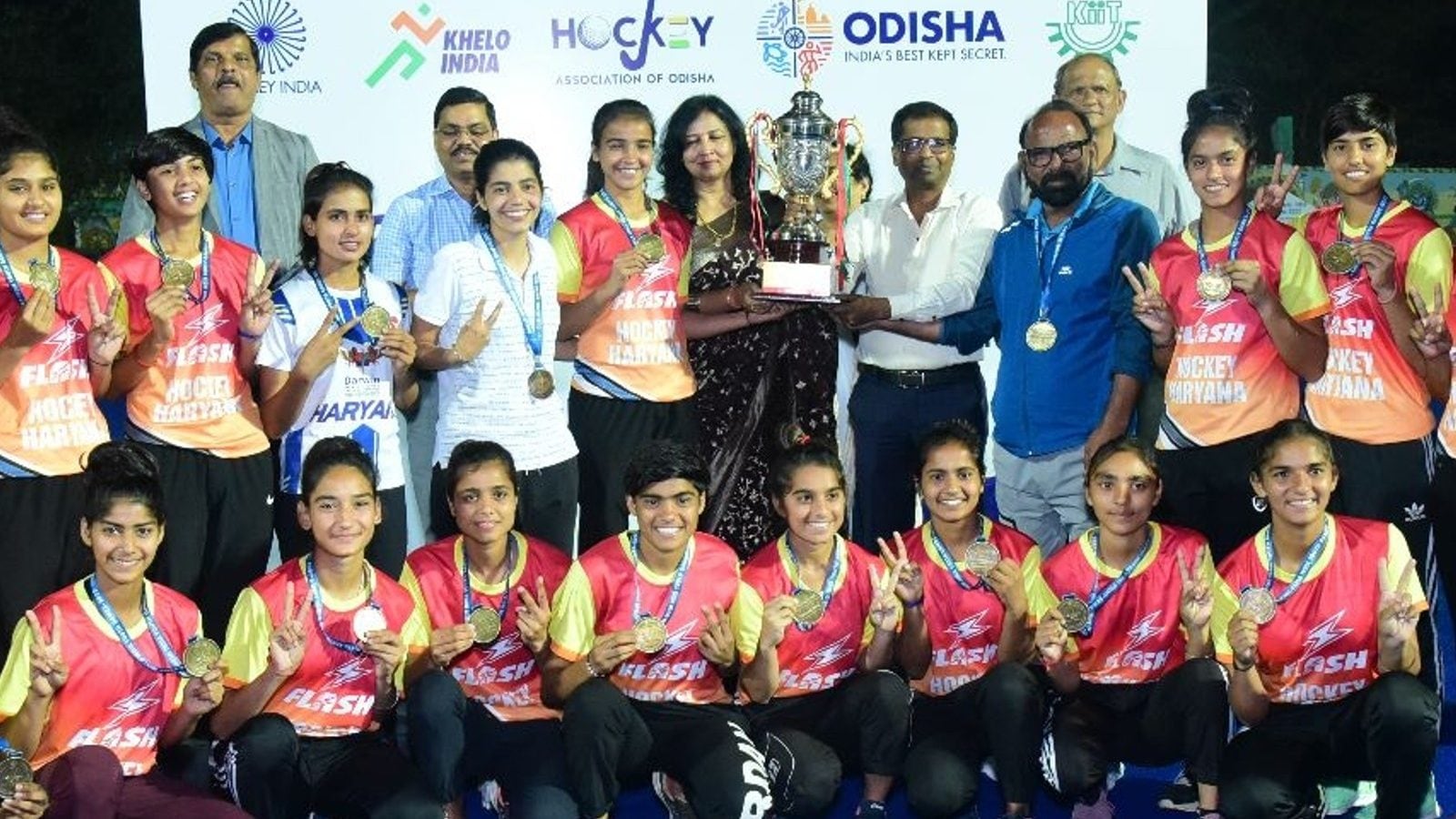 Hockey Haryana won the Khelo India Youth Games 2022 Women’s Under 18 Qualifiers after defeating Madhya Pradesh in the final of the tournament on Friday.

The Hockey Association of Odisha stepped up to claim third place after beating Hockey Jharkhand.

“It is a different happiness that you feel when you see the results of the hard work that the team has put in to get here and the whole team performed well, as a well-oiled machine and I was glad that every player contributed to getting this win, which makes it even more special,” said Hockey Haryana coach Azad Singh Malik.

“The team learned a lot from these qualifiers, and we plan to work on set plays and double our efforts in training in the hopes of winning the Khelo India Youth Games in Madhya Pradesh as well,” he added.

Sanjna Horo (25′) scored for Hockey Jharkhand but Hockey Association of Odisha came back with goals from Puja Sahoo (40′) and Sunelita Toppo (60′) to complete a thrilling comeback.

Hockey Haryana, Hockey Madhya Pradesh, Hockey Association of Odisha and Hockey Jharkhand have qualified for the Khelo India Youth Games to be held in Madhya Pradesh in 2023.