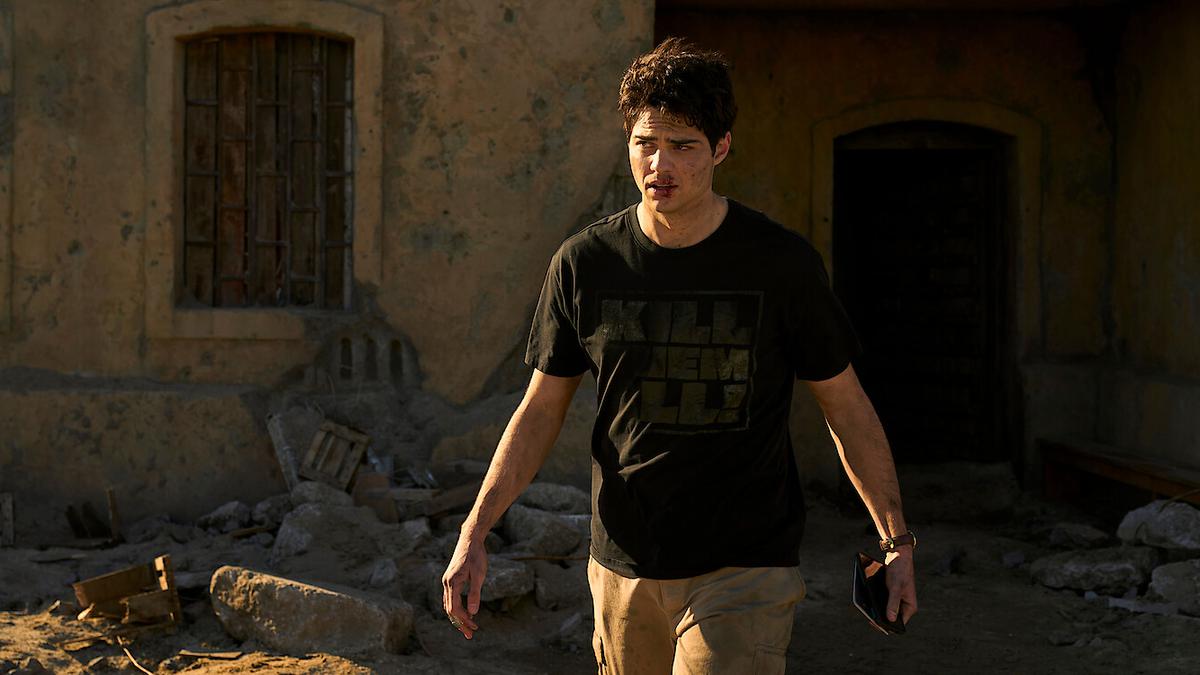 
A still from ‘The Recruit’

It has got sly humour, breathless action, and Noah Centineo — all the essential ingredients for a jolly screen time. The Recruit, created by Castle alum Alexi Hawley, counts The Bourne Identity’s Doug Liman among its executive producers and directors.

A series offers the luxury of developing the secondary characters and The Recruit fully exploits the offered space. The show, while telling the story of fresh-out-of-law school CIA lawyer Owen Hendricks (Centineo), also tells the tales of the people around him.

Owen is having the worst first week at his job while simultaneously having to deal with co-workers who give him patently wrong advice and his flat-mates. It is difficult to imagine James Bond returning from defeating a megalomaniac in Iceland to talk about it with his flat-mates over leftover pizza.

Storyline: Fresh out of law school, on his first job in the CIA, Owen is dragged into international espionage

Owen shares a flat with his friends from law school; Hannah (Fivel Stewart), who he was in a relationship with, and Terence (Daniel Quincy Annoh). Owen also uses his friends’ connections and cash to close deals — again, cannot imagine Bond, Bourne or Hunt using their ex-girlfriend’s cards to check into a suite at a posh hotel, as neither his card nor his expense account will cover it! Jack Reacher, incidentally, has a different way of checking into luxury hotels.

Being on the lowest rung of the CIA lawyer ladder, Owen’s co-workers, Violet (Aarti Mann) and Lester (Colton Dunn) dump him with the thankless job of sorting through piles of “gray mail” — letters sent by conspiracy theorists and others threatening the CIA. There is a chance that one of the threats are real, which is the one Owen stumbles on.

Max (Laura Haddock), a former CIA asset, is in prison for beating a man to death, and she threatens to reveal all the shady goings-on in the CIA unless she is released. Owen’s boss, Nyland (Vondie Curtis-Hall) gives him the go-ahead to follow up on Max’s case. The deeper Owen gets involved, the more carefully he has to negotiate the minefield that is the CIA and the deals that are brokered on a daily basis in Washington.

In case things are not hot enough for Owen, there are also angry drug dealers, psychotically jealous Russian mafia warlords, and missing nuclear missiles to stir things up.

No one tells Owen he does not have to wear a suit while on assignment; he figures that out after the last of his four new suits takes considerable punishment. Owen has his fingernail torn out in Yemen by Dawn (Angel Parker), a CIA operative running a black op there. Dawn cannot believe Owen, who does not have the “black passport” for immunity, is who he says he is; Violet and Lester conveniently forget and bury Owen’s black passport under piles of paperwork.

Everything in Washington is based on give-and-take, and so too is romance. Amelia (Kaylah Zander) is willing to help Owen in return for dates. Hannah’s current boyfriend works in the White House and her mum, a lobbyist, wants Hannah to do a little digging.

Terence is seeing someone who works in the treasury and is able to help Owen on the matter of a Swiss bank account. That it turns out into an epic fail, as Owen is unable to figure out the different time zones, is one of those jolly realistic touches, with that slowly-healing naked fingernail bed. James Bond must surely have one of those world clock thingies grafted onto his brain.

Janus (Kristian Bruun), Owen’s paranoid colleague, is a delicious addition to the roster of quirky characters. He knows everything and is equally convinced that everyone is out to get him. From senior case officer Xander Goi’s (Byron Mann) penchant for pastries, to the episode titles that are all involved acronyms (the first episode is ‘I.N.A.S.I.A.L.’ standing for ‘I’m Not a Spy, I’m a Lawyer’), The Recruit is breezy, binge-able fun.

The Recruit is currently streaming on Netflix