HomeLifestyleBringing in the Christmas cheer during the festival season
Lifestyle

Bringing in the Christmas cheer during the festival season 
The 60-member choir of St Thomas Tamil Cathedral in Secunderabad. The choir was started in 1935 by I Jaganathan. Photo: RAMAKRISHNA G / The Hindu
| Photo Credit: G. Ramakrishna

On a Sunday before Christmas, as the choristers rendered ‘Hallelujah…’, the finale of the evening, the melody reverberated through the high ceiling of the 170-year-old StThomas Tamil Cathedral.. The festive mood was set by the 87-year-old choir, formed by I Jaganathan — considered one of the pioneers who introduced western classical music in the church and popularised in Secunderabad.

Jaganathan was the organist and choirmaster who started the choir group in 1935. Narrating how he formed a choir group, Jaganathan’s son MI Henry recalls that his father had come to Secunderabad as headmaster of the St Thomas SPG Boy High School at Ammuguda in Sainikpuri. Says 79-year-old Henry, “My father came to Secunderabad from Thanjavur in Tamil Nadu after he was appointed as the headmaster by the church-run school. He also joined the church as an organist. Since he had a keen interest in music, he started the choir with 40 people.” Jaganathan served as the organist and choirmaster for 66 years until his demise on June 15, 2001. He also went on to become the principal of St Thomas Boys’ High School in Secunderabad (now demolished).

Recollecting his dad’s dedication to the choir, Henry adds, “The choir under his guidance had set the unique record of singing all three parts of Handel’s Messiah in 1975, 1976, 1978 and 1988. Over the years, the choir also has sung select choral works of Handel, Mozart, Beethoven, Haydn, Bach and others. His organ recital was highly appreciated by music lovers.”

On watching his father , Henry says, “My dad would practise music for 30 minutes every day, no matter what happened in the family. My sister and I grew up watching him play music and I invariably took to it. Now my son Richard also plays the organ and, hopefully, the legacy will continue.“ 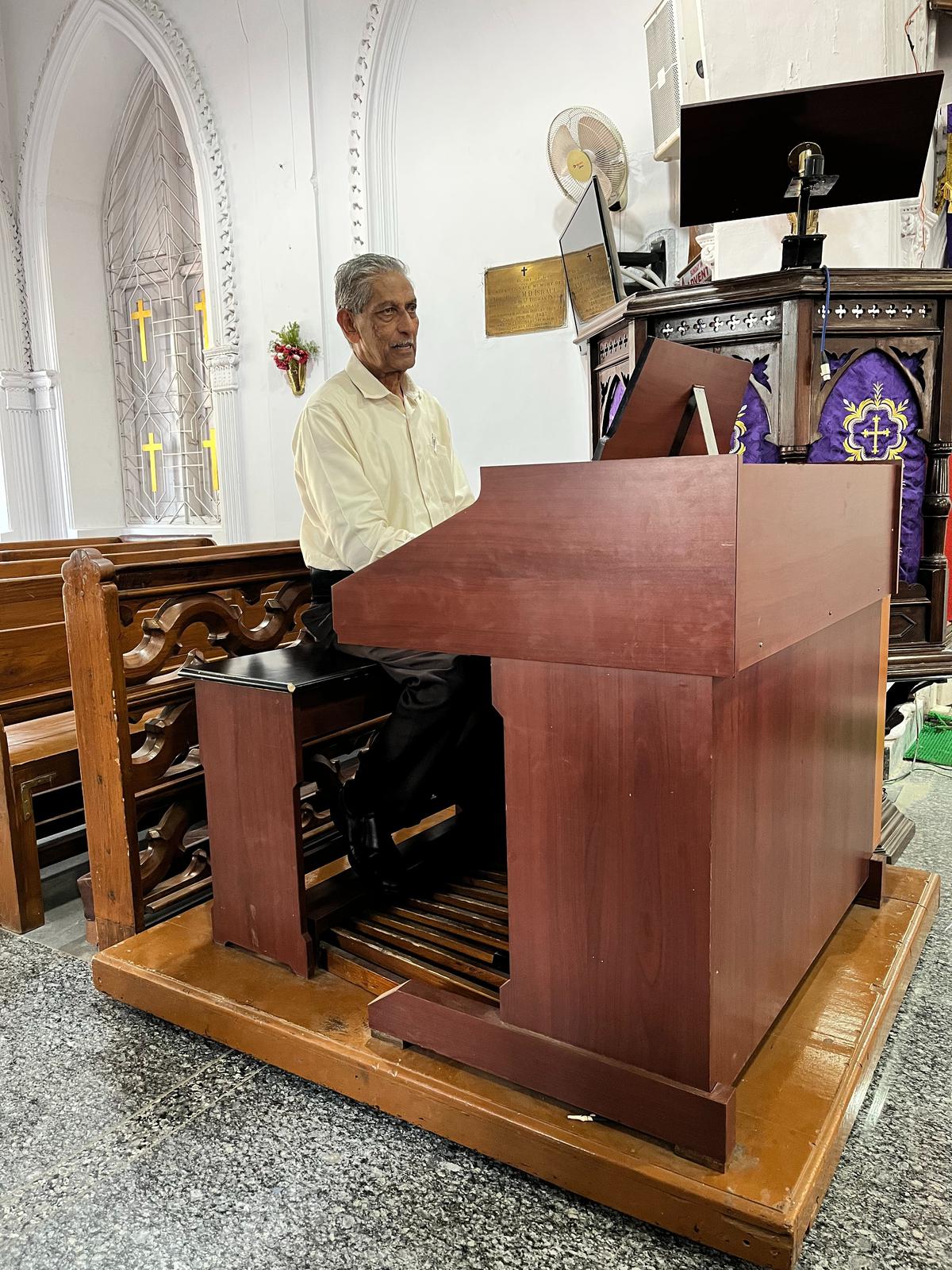 The present choir with a strength of 54 voices comprises men, women and children and is currently mastered by I Henry Jaganathan, with his son Richard Henry as assistant organist. “My father, however, didn’t support the idea of a conductor in a church choir. His idea was that the choir singers will follow the organist, so the nod and the movement of the head along with the music was enough to tell the choristers about the right flow. So, we follow the same,” says Henry.