Mridangam exponent Trivandrum V Surendran was awarded the Sree Guruvayurappan Chembai Puraskaram in November this year. Surendran is the fourth to receive the award since its inception in 2005 — the others are Mavelikkara Velukkutty Nair, Guruvayur Dorai and Umayalpuram K Sivaraman. The award carries a citation, a memento, a gold medallion of 10 grams and a purse of Rs 50,001.

“The award is like a Padma Shri for me,” Surendran said with a sense of pride at the award function. “My gurus Mavelikkara Velukkutty Nair and Palakkad Mani Iyer have been my two eyes and I dedicate the award to them,” he added.

Velukkutty Nair, Surendran’s first guru in the Swathi Thirunal College of Music, Thiruvananthapuram, for the Ganabhushanam course, was a guiding spirit. He completed the course in 1962, and was selected for a scholarship for higher studies by the Ministry of Culture, Delhi. Swathi Thirunal College of Music, Thiruvananthapuram, one among the senior- most disciples of Mani Iyer, was instrumental in taking Surendran to Mani Iyer for his higher studies. 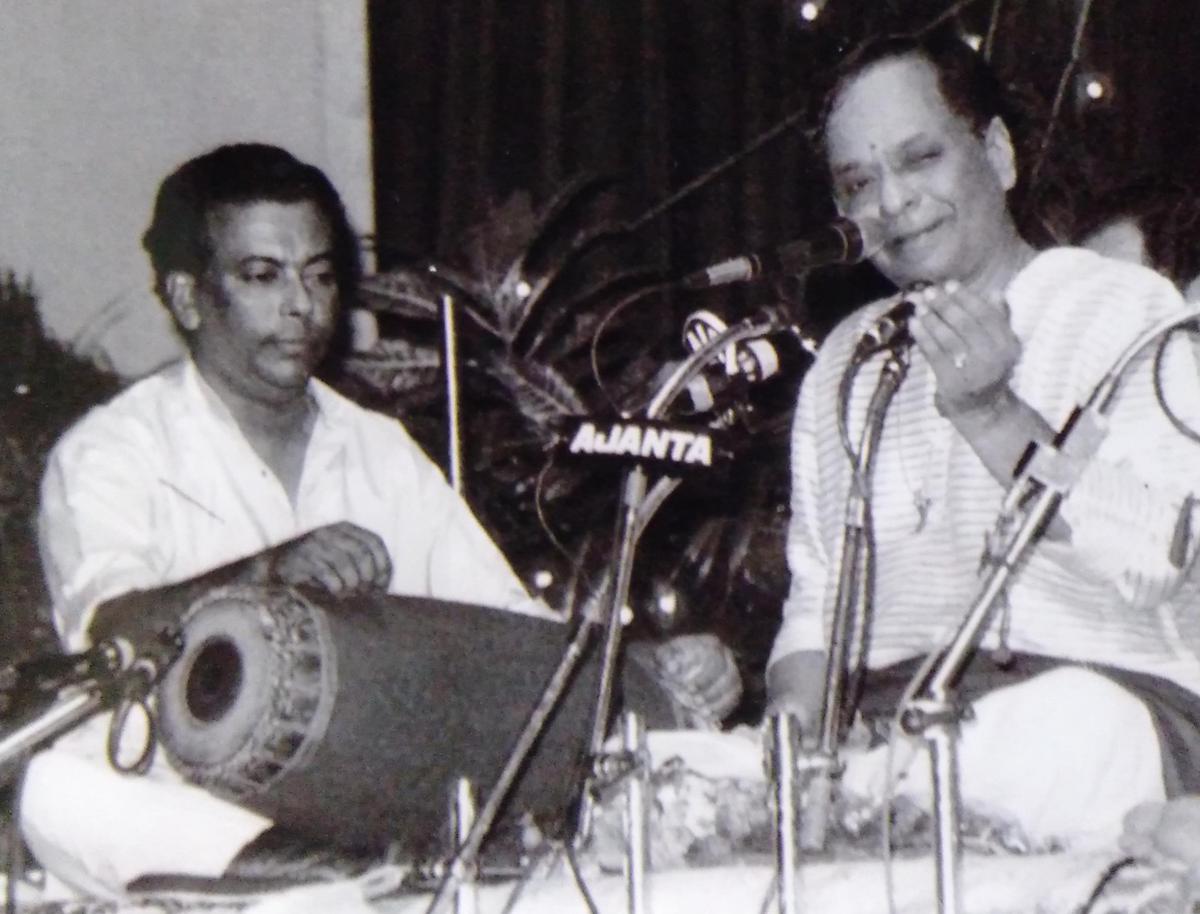 The 11 years spent with Mani Iyer in Palakkad and Chennai moulded Surendran as one of the torchbearers of the Thanjavur bani. He accompanied his guru to innumerable concerts. “The years I spent under ‘Swamy’ (Mani Iyer) was a golden period in my life,” Surendran said.

After a short stint in the college as a teacher, Surendran cleared the audition at of All India Radio, Tiruchi, and was posted as staff artiste at in the Kozhikode station in 1974. He had the rare privilege of accompanying Chembai Vaidyanatha Bhagavathar in concerts in Guruvayur. In 1981, Surendran was posted to AIR Thiruvananthapuram, where he got the opportunity to accompany many stalwarts at the Navarathri Mandapam concerts.

Anyone who listens to Surendran playing the mridangam is impressed by the resonant tone of his instrument. He learnt to maintain it from his ‘Swamy’. Surendran still follows his guru’s teaching — he takes maximum care to embellish the music and believes that the thani must be a continuation of the main composition strictly following the kalapramanam.

“But, I wonder whether I can reproduce even one per cent of his artistry,” said Surendran, the recipient of many accolades including the Kerala Sangeetha Nataka Akademi award, Chennai Music Academy Puraskaram for young artistes and the Sangeet Natak Akademi fellowship.

How does Surendran manage to stay so energetic at 80? “All because of gurukula training. You are totally engrossed in learning, and any other thoughts are given a wide berth!”