Homeentertainment‘Avatar: The Way of Water’ review: James Cameron’s film is immersive, but with a basic storyline
entertainment

‘Avatar: The Way of Water’ review: James Cameron’s film is immersive, but with a basic storyline 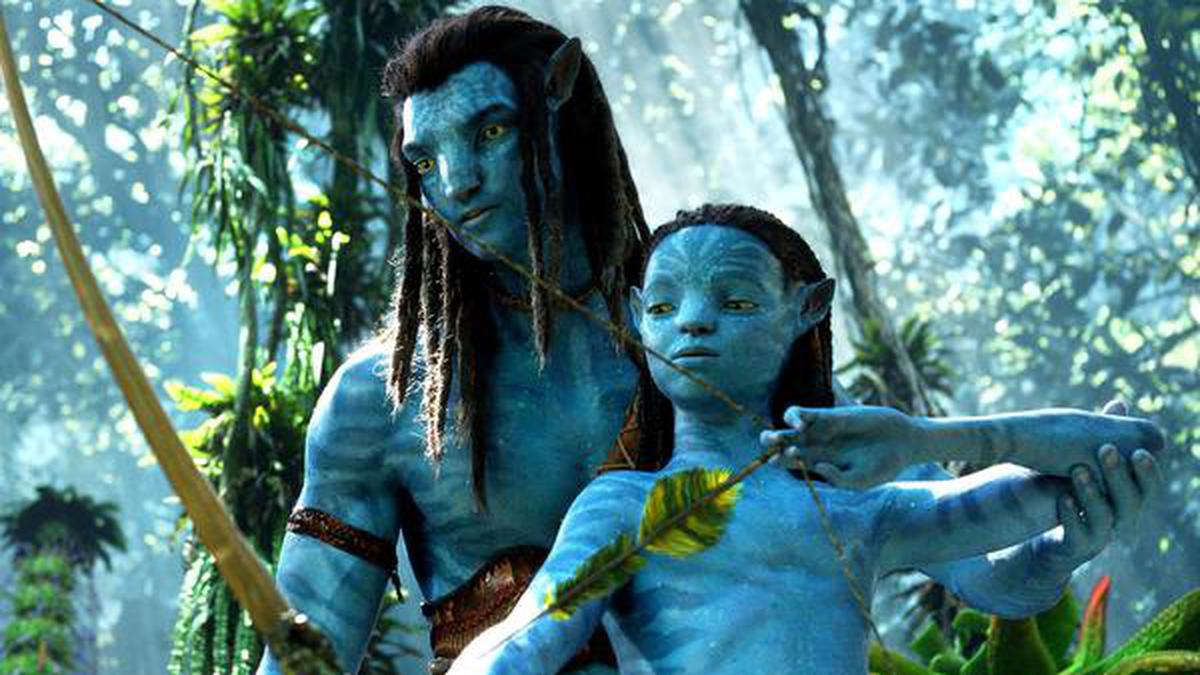 
A still from ‘Avatar: The Way of Water’
| Photo Credit: Special Arrangement

Apart from the stunning visuals (blue-green is the warmest colour) and the standard plot, what runs through one’s mind while watching James Cameron’s Avatar: The Way of Water is the story of stories. While The Way of Water does not boast of intricate, mind-bending Neil Gaiman’s The Sandman-style storytelling, (perish that thought), it does remind one of the whirlpool of stories swirling around in our collective subconscious that bubbles up as myths, legends, novels, plays, comic books, and movies.

Avatar: The Way of Water

Storyline: More than ten years after the events of the first film, humans return to Pandora to disturb the peace once more

Not a particularly revolutionary thought, but it still crosses one’s mind when watching the avatar of wicked Colonel Miles Quaritch (Stephen Lang) consider his skull. One is reminded of the long conversation a certain gloomy Dane had with poor Yorick, and when the skull is crushed (not underfoot), one remembers Cameron’s own Terminator series.

‘ Jonah and The Whale’ comes to mind when Lo’ak (Britain Dalton) goes into the mouth of the rogue cetacean, Payakan, and though the greedy Scoresby (Brendan Cowell) is hunting the tulkun (whale-like creatures) for filthy lucre, there is a whiff of Ahab in his chase. The process of getting the anti-ageing amrit — it does not get more legendary than that — is reminiscent of 19th whalers. Ahab also finds echoes in Quaritch’s pursuit of Jake Sully (Sam Worthington).

The great, big vessel turning turtle with the lights going off and people clambering over chairs on the ground that has suddenly become the roof is reminiscent of… My heart can surely go on and on…

As mentioned before, Way of the Water has a basic plot with the necessary lashings of revenge, family, love, acceptance and healing thrown in. More than ten years after the events of 2009’s Avatar, Jake is living in Pandora with his Na’vi mate, Neytiri (Zoe Saldaña). They have two sons, Neteyam (Jamie Flatters) and Lo’ak, and a daughter, Tuk (Trinity Jo-Li Bliss).

They have adopted Kiri (Sigourney Weaver), a miracle baby born of Dr Grace Augustine’s (Weaver) avatar and Spider (Jack Champion), Quaritch’s son who was too young to be put in cryo-stasis to be transported back to earth. Incidentally, what is with Weaver and alien babies? In Alien 3, her Sgt Ripley sensibly chooses death to delivering the Alien Queen and in Alien Resurrection she is a clone carrying an alien embryo.

Back to The Way of Water, as the earth is dying, ravenous corporates turn their eyes once more to fertile Pandora for resettlement. With Jake leading the Na’vi attempts at disrupting the supply chain, Quaritch fronts a team of equally dreadful soldiers to neutralise the threat and get his revenge.

Jake and his family flee to the sea where they are given refuge by the reef people led by Tonowari (Cliff Curtis) and Ronal (Kate Winslet). After initial skirmishes, the youngsters settle down. The Sully island paradise is not safe for long as Quaritch and company are hot on their heels setting up for the mandatory big battle.

While the marine world of the Metkayina is eye-popping and one can easily lose oneself in the tulkun’s expressive eyes and the gossamer wings of the sea creatures, it is the military vehicles that are truly mind-boggling. The brutal lines of the industrial designs in the choppers, trains and marine vessels are oddly seductive. Watching The Way of Water in 3D IMAX gives a new meaning to the term immersive.

And yes, Cameron will be back, hopefully with a shorter film — three hours plus seems a tad long especially when you have dragged yourself out of bed for a 7 AM show on a cold December morning — less clunky dialogue, and a slightly more engaging plot.

‘Avatar: The Way of Water’ is currently running in theatres