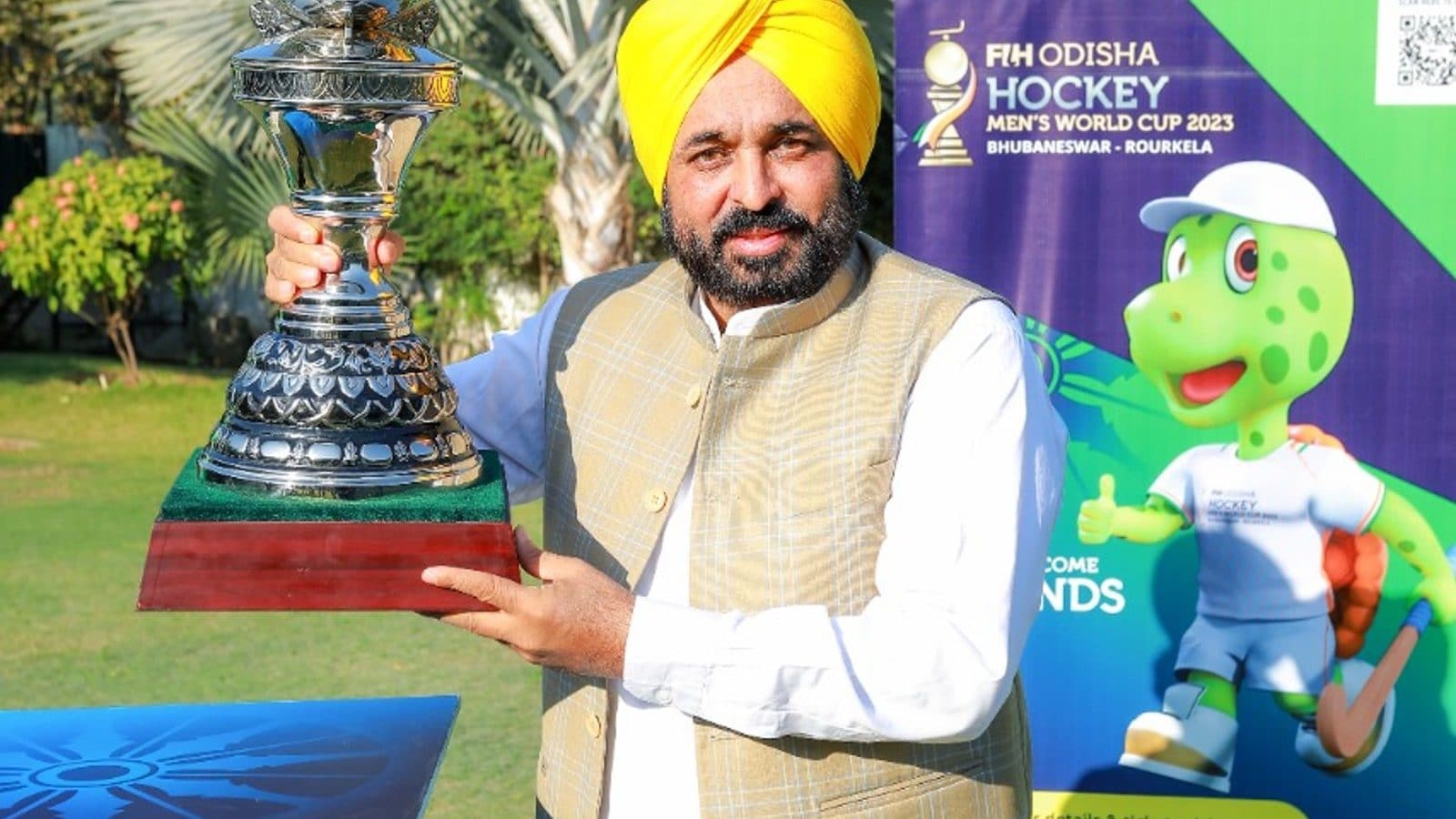 
Punjab Chief Minister Bhagwant Mann on Thursday vowed to make all-out efforts for restoring the glory of hockey in the state.

The Chief Minister, who received the trophy of the Men’s Hockey World Cup at his residence, said Punjabis have always excelled in the field of hockey and have brought several laurels for the state.

As a part of its countrywide tour, the trophy of the Men’s Hockey World Cup, which is scheduled to commence in Odisha on January 13, 2023, arrived in Amritsar (Punjab) on Wednesday.

He said that it was a matter of honour and pride that in the Indian hockey squad that won a medal in the Olympics after 41 years during the sports event in Tokyo, 11 players, including captain Manpreet Singh, belonged to the state.

Mann said likewise the Indian contingent that won the lone world cup for the country in 1975 was also led by Punjab’s son, Ajitpal Singh.

The Chief Minister said he was overwhelmed to receive the trophy. He said it was a matter of great pride that more than half of the team members of India, which will be vying in the coming World Cup hockey, are also from Punjab.

He said this momentum needs to be maintained so that more medals were bagged in the coming times.

However, the Chief Minister bemoaned that due to the constant neglect of previous governments, despite being the national game, hockey had lagged behind in sports.

He said the present state government was making an all-out effort to ensure that hockey gets its due place in the field of sports.

Mann said concerted efforts would be made by his government to eradicate the curse of drugs by promoting sports, especially hockey.