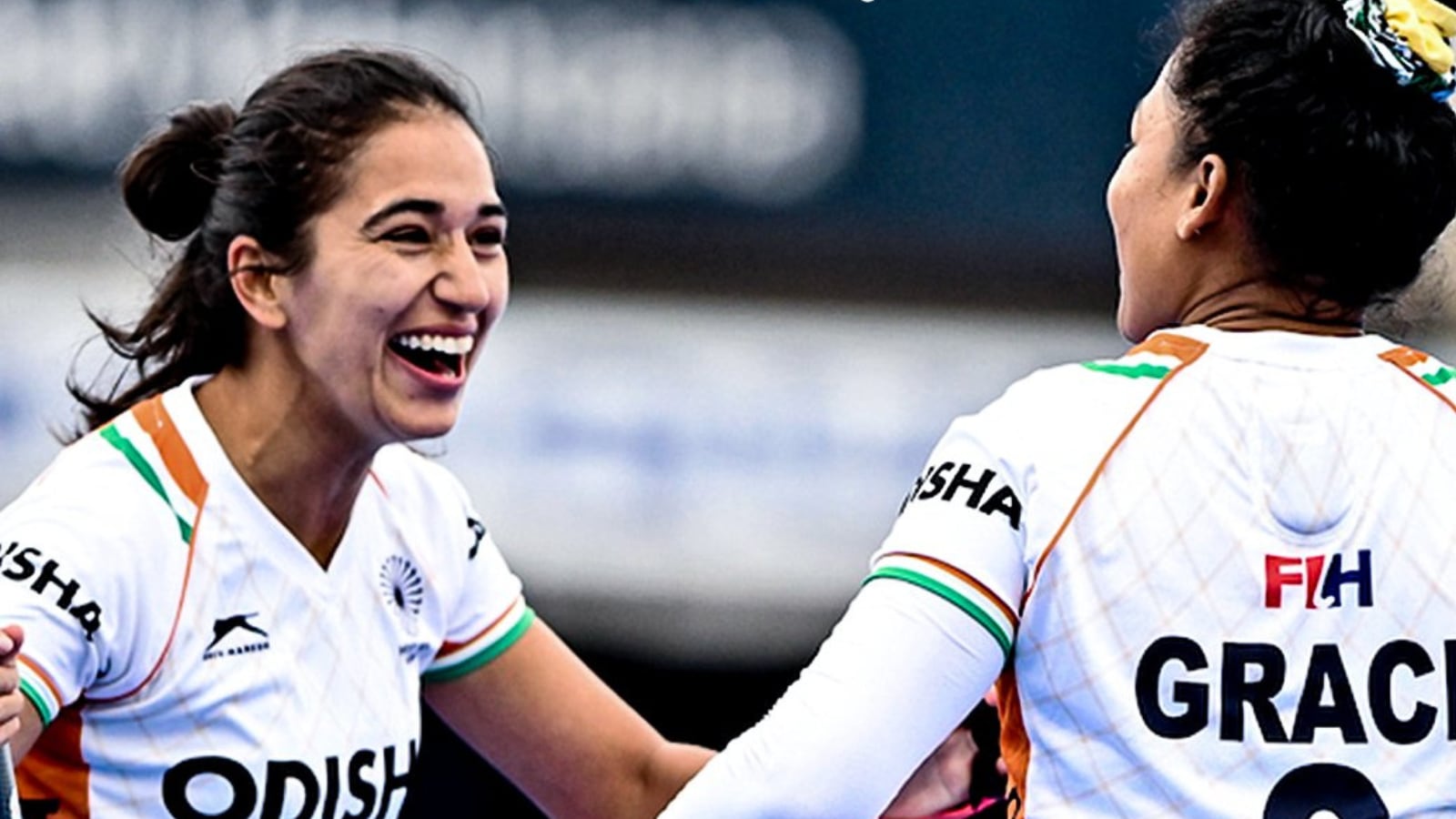 
On a roll with three consecutive wins, a confident Indian women’s hockey team would look to guard against complacency when it takes on lower-ranked Ireland in the semifinal of the FIH Nations Cup on Friday.

Despite that, the Janneke Schopman-coached team has been far from convincing in the department of penalty corner conversion, which still remained its biggest concern.

On the basis of world ranking, number eight India will start as favourites against Ireland (world no. 13) but it wouldn’t be that easy to beat the Europeans, who had finished second in Pool A.

The Indians have been impressive in the midfield and forwardline with the likes of Salima Tete, Sonika, Navneet Kaur, Navjot Kaur, Vandana Katariya, young Beauty Dungdung living up to the expectations.

But, the defence has been cagey on occasions with Deep Grace Ekka and Gurjit Kaur looking out of sorts when put under pressure.

Experienced goalkeeper Savita came to India’s rescue on numerous occasions with her brilliant anticipations and reflexes to keep the winning run intact.

And come Friday, the Indians will have to be at their best to continue the winning momentum and seal a place in the final.

“We will look to continue our winning run against Ireland. They (Ireland) finished second in Pool A and are a strong team. They can upset any team on any given day, and we will use all of our resources against such a team,” Savita said ahead of Friday’s match.

“The game against Chile was excellent, as we dominated from the start. We performed well against Japan, a strong defensive team that always presents us with a challenge. Our players brought their A-game to the field against South Africa in the most recent match, giving us a lot of confidence heading into the semifinal,” she added.

Penalty corner conversion has been India’s perennial problem and it was on full display in the tournament so far.

Against Japan in their penultimate pool match, India secured as many as nine penalty corners but failed to make use of even one.

In the first two pool matches, India’s all five goals came from field efforts but against South Africa both their goals came through penalty corners with vice-captain Deep Grace and Gurjit finding the target in the final minute of the first and final quarters respectively.

This should come as welcome relief for chief coach Schopman but she would be a little concerned about the lack of initiative from her forwardline.

In the other semifinal, hosts Spain will take on Japan.

Savita said the target was to win tournament which will allow India to play in the next season of the FIH Hockey Women’s Pro League (2023-2024).

“We participated in the previous edition of the tournament, and it was a wonderful experience for us. Playing in the Pro League will serve as a good preparation for Asian Games and the 2024 Paris Olympics,” she said.

The eight-team FIH Nations Cup is important for India as it brings in a system of promotion-relegation, where the champions will be promoted to the 2023-24 FIH Hockey Women’s Pro League, a key event ahead of next year’s Asian Games and 2024 Paris Olympics.