Grounds teeming with young school children, tourists stopping by to admire artisan demonstrations, galleries filled with a cornucopia of artefacts from across the country — these are all familiar sights at DakshinaChitra, the living museum, that has been a constant on the Chennai cultural map since its inception in December 1996. But the pandemic decidedly forced the museum to pause its trajectory and plans for the third decade of the millennium. Sharath Nambiar, director, DakshinaChitra is happy that the grounds are now slowly coming back to life. “For the first time since 2020, we have crossed pre-pandemic numbers in terms of visitors and footfall. Schools and colleges have resumed field trips and our expanse of over 10 acres is now brimming with energy and activity. We even have 22 artist stalls with live demonstrations and are looking to add more to the roster,” he says. 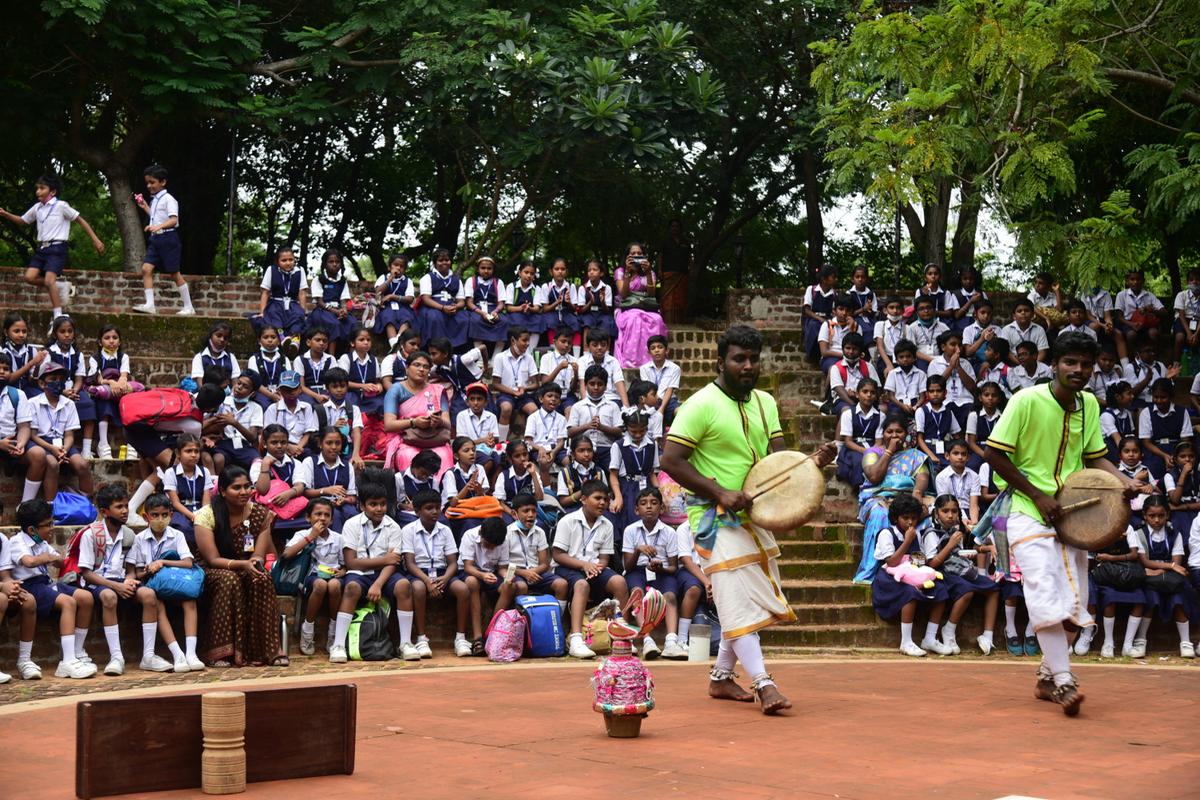 The museum had envisioned a Garden Show in 2020, but that did not pan out. “We have planned a grand showcase in January 2023, with a flower show, workshops, and prizes for the city’s best home gardens, bonsai, terrace and vegetable gardens, as well as ikebana and other techniques. Chennai should have a garden show like Ooty and Bengaluru,” says Nambiar. A lot is happening here. Over the past few weekends, musical ensembles have performed at the museum’s multiple venues, including juniors from the Sunshine Orchestra, supported by the AR Rahman Foundation and the KM Music Conservatory, and Madras Commune’s Follow the Sound that had audiences literally moving towards the music at different venues. The art galleries have focussed on Tamil heritage through November.

But the one project that has the museum buzzing with activity and anticipation is the construction of its Calicut House. “We started this project in March 2020, but then were forced to stop, since the movement of man and material was difficult during the pandemic. We resumed construction only this April, hoping to open its doors during summer 2023. The home belonged to a  Muslim family in Calicut,  and we had a team of 12 carpenters from Kerala, who carefully worked to reconstruct the home exactly as it was. We envision an exhibition around sustainability, using this Calicut house,” says Nambiar. The plan is to use the rear facade to install solar panels, use rain water harvesting apparatus, water conservation and  composting techniques, in the adjacent compound area, to sensitise, “our millennial audience to environmentally conscious processes that were a part of our heritage in different forms over decades. We worked with Benny Kuriakose and his team of architects as well as a team from Auroville to set this up,” adds Nambiar.

While the Calicut House is all but ready for the public, the Kodava House or Coorg House will be the latest addition to the living heritage space, “to focus on the Kodava community which came into focus with the book, The Vanishing Kodavas by Kaveri Ponappa, and this project will be bolstered by the presence of the Sandooka—The Living Museum of Kodava Culture , an interactive virtual museum expected to be formally launched in 2023 as well,” adds Nambiar. The Kodava House will showcase the way of life of the   community living in the Western Ghats of Karnataka. They have a deep connect with the land. The house to be reconstructed has been identified. “We have to carefully document the structure, then the parts are numbered, photographed, we have drawings to scale, then the home is painstakingly taken apart, using teams from the area who understand the materials and techniques. Then we slowly start the process of moving the parts to be assembled in the museum, in the exact same way. The process starts early 2023 and would take close to 16 months to complete,” concludes Nambiar, as the museum readies itself for a hectic Margazhi season packed with performances, as well as a December anniversary celebration replete with spirited folk performances and a unique exhibition showcasing the state of Arunachal Pradesh.