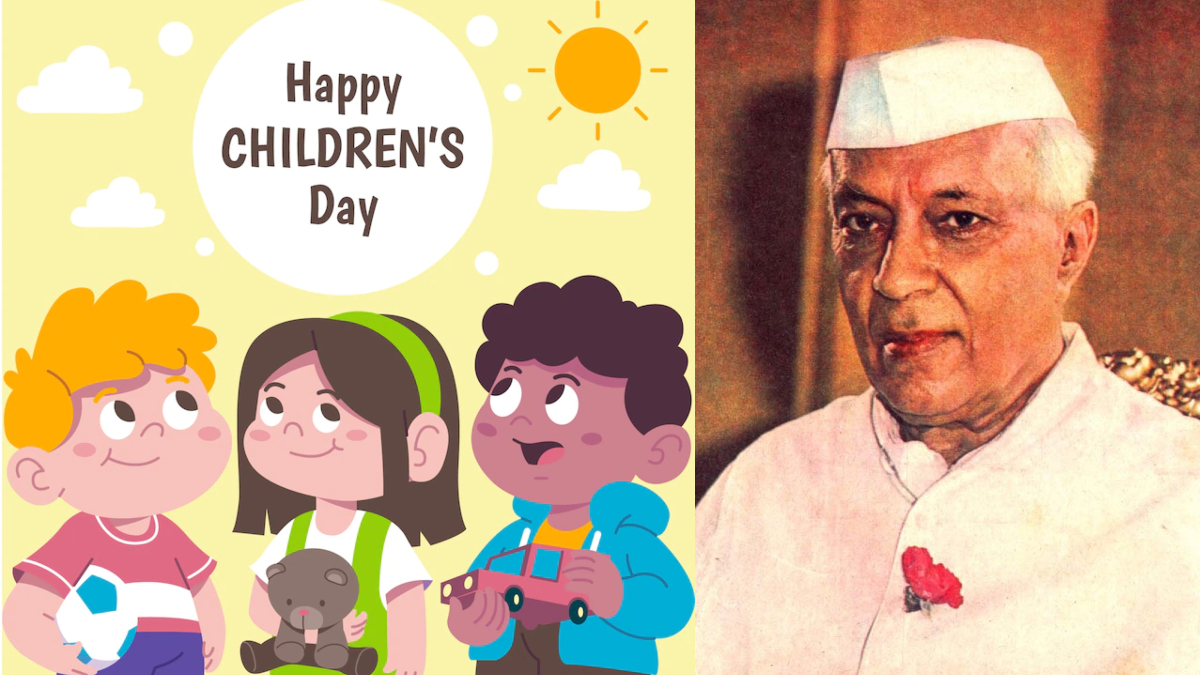 Pandit Jawaharlal Nehru was born on 14th November 1889. He had established various educational institutions such as Indian Institutes of Technology, All India Institute of Medical Sciences and Indian Institutes of Management. Children adored him and fondly addressed him as ‘chacha Nehru.’ It was his love for children that after the death of Jawaharlal Nehru, his birth anniversary was celebrated as Children’s Day in India.

Children’s Day history dates back to 1956. Before Nehru’s death, it was celebrated on November 20 but after his death in 1964, a resolution was passed in the Parliament and it was decided to celebrate his birthday as Children’s Day in India. This day is celebrated all over India to raise voice about child rights, the right to education for children and appropriate care.

Pt. Jawaharlal Nehru said: “The children of today will make the India of tomorrow. The way we bring them up will determine the future of the country.”

Why Jawaharlal Nehru pinned red rose on his coat?

While many say that Chacha Nehru was fond of red roses and that’s why he chose to add one on his coat, others say that he was gifted a rose of a little girl during one his rally and since then he decided to carry one with him. However, as shared by the Indian National Congress on its verified Instagram account, India’s first PM pinned a rose in the memory of his wife.

“#DidYouKnow : Pt. Jawaharlal Nehru pinned a fresh red #rose to his coat everyday as a reminder of his life with his wife Mrs. Kamala Nehru, who passed away in 1938 after a prolonged illness. #ThrowbackThursday #JawaharlalNehru,” the post reads.

Here’s wishing one and all a very Happy Children’s Day!

The Hindu13 seconds ago

The Hindu13 seconds ago
2