For those of us culturally identified with colour, this preference can be seen as having racial overtones

For those of us culturally identified with colour, this preference can be seen as having racial overtones

A graph circulating on TikTok has revived a debate raging across the Internet. The graph, part of a non-peer-reviewed study that analyses colours of objects, suggests that greys and blacks are taking over the world.

It all arises from a 2020 blog post by researchers analysing colour in 7,000 photographs of objects (from the 1800s to 2020) — from a few British museums and cutting across 21 sections of objects, including household appliances. Grey, concluded the study, is the dominant colour today.

From furnishing experts to fashion icons, everyone is weighing in on this. Some say neutrals, being soothing, are bound to be king in our stressful world. Others are urging the world to embrace colour and “individuality”. Yet others are pointing to a long-standing colour conspiracy — that the West has a hatred of colour.

In his book  Chromophobia (2000), Scottish artist and writer David Batchelor argues that “colour is often represented as feminine or Oriental or primitive or infantile” and that this colour bias is linked to “issues of race, culture, class and gender”. He makes the point that “Chromophobia manifests itself in the many and varied attempts to purge colour from culture, to devalue colour, to diminish its significance, to deny its complexity.” He explores the West’s past, going back to thinkers such as Aristotle, who preferred line over colour as being more sophisticated and intellectual.

A popular meme that time and again pops up on social media saying that “people who wear black have colourful minds” bears this out — suggesting that people who wear colour are somehow dull in the head.

For those of us culturally identified with colour, this can be seen as having racial overtones. As the famous observation by former  Vogue editor-in-chief Diana Vreeland goes: ‘pink is the navy blue of India’.

Another popular theory on colour is that human clothing tends to just simply be aligned with nature. Clothing simulates the local weather. So while the sun scorches down on Rajasthan, women wear bright reds and oranges. In London, where the weather is cold and grey, people favour blacks and greys. In Spain and Goa, where people live near the sea, the clothes have a freer, lived-in feel, as people are more relaxed. The West’s readiness to typecast India as colourful may also be problematic by itself. I recall when, at the London Fashion Week more than a decade ago, a clutch of Indian designers had stalls at the venue, and the celebrated fashion writer Suzy Menkes, doing the rounds of the area, approached designer Ashish N Soni. I later asked him what they had talked about. He told me Menkes was surprised by his collection comprising mostly whites, and while she appreciated it, she remarked it was unexpected from an Indian designer. Soni, it appears, told Menkes that India in fact had a culture of white-on-white, as seen in chikankari, the Indo-Islamic embroidery style from Lucknow, said to have been introduced by Mughal empress Noor Jahan.

Even among the majority Hindu population, there are variations. Kerala, for instance, has a tradition of the kasavu cotton sari — white with a golden border; and Odisha ikats, while often colourful, also have muted colours and patterns. Women in traditional Kerala kasavu saree for Onam celebrations at a college in Mangaluru, 2019.
| Photo Credit: The Hindu

From the group of Indian designers who set out to conquer the world in the early 2000s, the one who managed to find success in the West, Manish Arora, is strongly associated with colour. Rajesh Pratap Singh, also considered a promising talent but with a much subtler Indian aesthetic, never found that level of acceptance. If you’re an Indian designer, you must show colour seems to be the subtext. 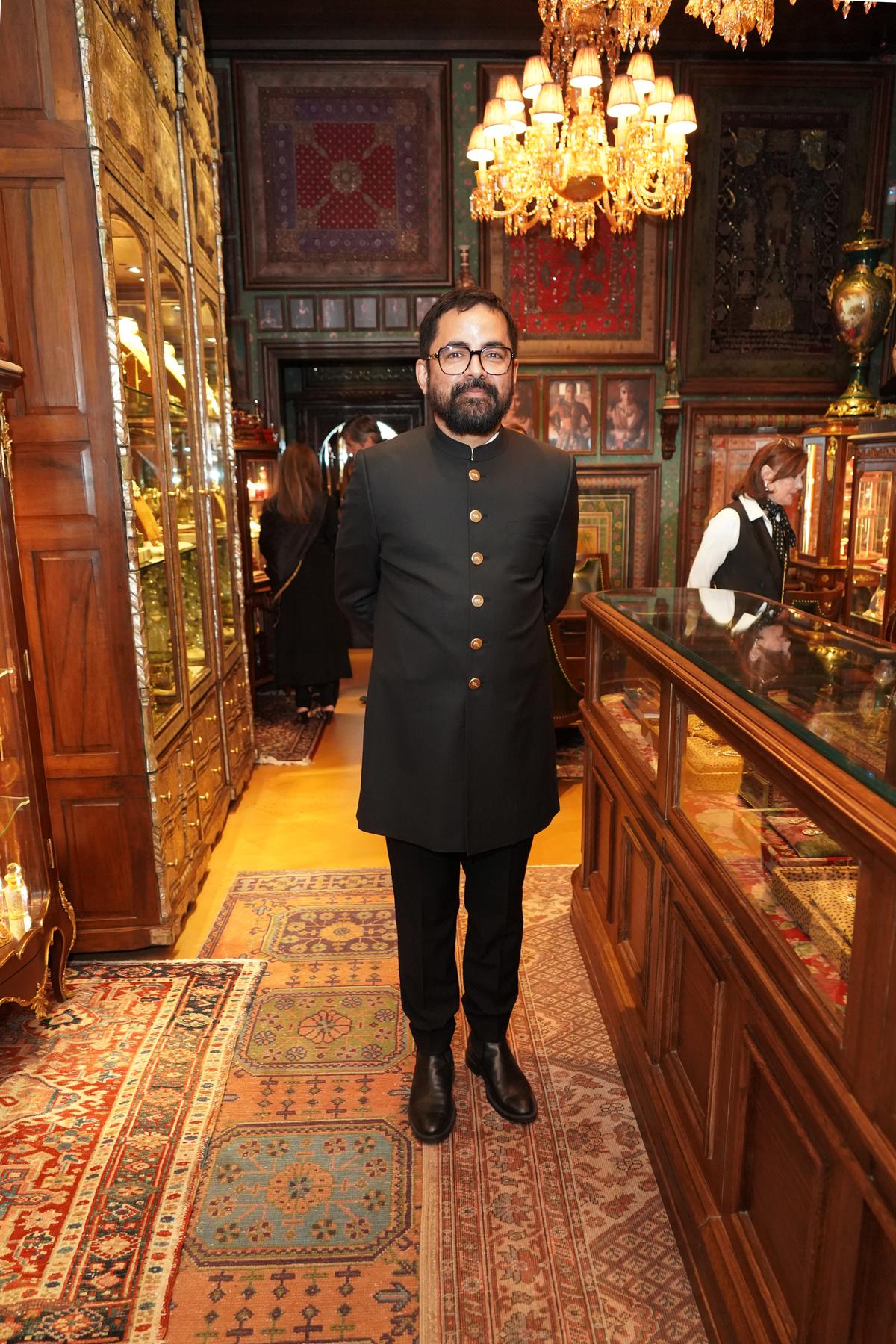 While agreeing that India has various influences the West may not be aware of, Sabyasachi Mukherjee, arguably the country’s most successful global designer today, points out that mostly all of India does love colour. In New York to oversee his new store, Mukherjee says that his collection for the U.S. market is mostly black, but instead of the “western minimalist black, I have created a maximalist black giving it the Indian twist” — with hand-done embroideries, festive crystals and paillettes, according to fashion website  voiceoffashion.com.

He is among the few who have managed to strike the elusive balance between traditional Indian reference and a global modern sensibility. “Others will always try to typecast you, but you have to keep to your authenticity while also catering to the market,” Mukherjee says. People, organisations or even cultures may have colour biases, but markets are a great leveller. We live in an increasingly global retail world where, if a clutch of ambitious and talented Indian designers are trying to woo Milan and New York by offering them a new sartorial language with Indian accents, foreign brands such as Hermes, Louis Vuitton and Chanel are pursuing Indian consumers with colourful India-inspired collections.

The jury is still out on whether the world is indeed turning grey, but many feel the global fashion wars have for long had coloured overtones. The only consolation is that markets are colour blind: if we have to meet a colour bias in the West, then equally western brands face a counter-bias in India. Go figure.

The writer is a journalist and author.