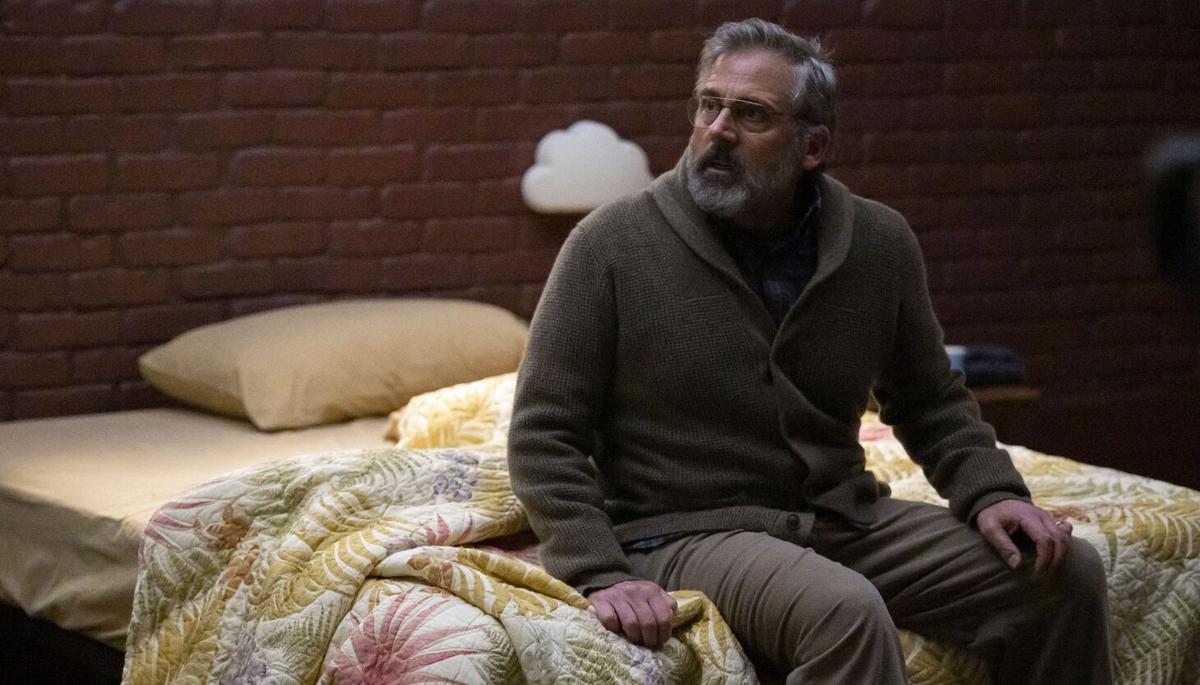 ‘The Patient’ stands out amidst a sea of shows about serial killers, making for a deeply captivating watch that involves equal parts anticipation into its final outcome and a meditation on family dynamics

‘The Patient’ stands out amidst a sea of shows about serial killers, making for a deeply captivating watch that involves equal parts anticipation into its final outcome and a meditation on family dynamics

Serial killers have dominated the conversation in the entertainment sphere in the recent past, and with Dahmer, we have been forced to reflect upon how far the portrayal has gone to glorify a murderer and sensationalise his victims. Joe Weisberg’s The Patient carves its own niche in this conversation with a compulsive killer who wants to get better; one who does not become a caricature of his actions.

In fact, he is so dedicated to stop himself from killing that Sam (Domhnall Gleeson) abducts and chains his therapist Dr. Alan Strauss (Steve Carell) to his basement for some twisted version of on-call therapy. While Sam wants to free himself from the compulsion, Alan warns him that, “Successful therapy requires a safe environment.” Instead, what Alan is being asked to do is akin to assembling a house of cards at gunpoint, except the gun is pointing at Sam’s next victim.

In terms of giving us a fictional true crime thriller, this is about as far as the show goes. Weisberg, who co-wrote this with Joel Fields, does not spend much energy or time in delivering a horrifying experience, and eagerly turns his lens to film a more emotional drama.

With Alan chained to the floor in Sam’s basement, the show fills in the vacuum of an action-centered escape drama with a dialogue-heavy script where every conversation has the potential to change Alan’s fate. An adamant Sam acknowledges the difficult situation, but insists that Alan therapise the killer out of him, leaving the therapist with only one out of captivity.

Carell expertly portrays a harrowed and cornered man who is forced to carry out his professional duties; he lowers his voice, steadies his tone, and relaxes his posture as he makes little progress every episode with Sam.

Storyline: Dr. Alan Strauss, a therapist is abducted and held captive by his patient who reveals himself to be a serial killer and demands that he cure him of his compulsion to kill

Meanwhile, Gleeson’s Sam is a memorable character in his own right. For a killer who lives in his mother’s basement, the script was begging for cliches to overwhelm the story. However, the writers take care to not lean too far into a desperate humanisation of a murderer that erases the gravity of his crimes. Instead, Sam is presented with a lingering lack of clarity. For at least three episodes, Alan and the audience fail to determine exactly how afraid one needs to be of this self-professed killer.

A food inspector at his day job, Sam is not written to be some expertly-smug killer, and spends his time on online forums discussing Kenny Chesney songs. The humanisation is not eerie or overt, but an inherent part of Sam, that is rudely interrupted when his first murder is shown on camera. With sparse violent sequences, The Patient makes this one stand out as a jarring aberration to the mundane momentum that was created by the ongoing therapy sessions.

As a captive in his old age, Alan’s arc is not one that involves him deftly escaping the basement. Chained to the floor, he hopes that his time spent giving therapy sessions to Sam can add up to him being let go, but he also makes feeble attempts towards informing the outside world of his situation. When he is doing neither, Alan’s brain runs around as he recalls his recently-deceased wife Beth (Laura Niemi) and the fraught relationship he shares with his Orthodox Jewish son Ezra (Andrew Leeds).

Weisberg and Fields have devoted their efforts towards creating a show not only rich with familial complexities, but also one that sits with difficult questions of faith. Alan’s conversations with himself are shown as a session he is having with his dead therapist Charlie (David Alan Grier). In a highly-stylised room, a far cry from the basement he is physically in, Alan ruminates over his prolonged estrangement with Ezra who turned to follow the orthodox path of Judaism. Alan’s own faith makes an appearance as his nightmares in the basement are filled with visions of the Holocaust.

“We are all part of family systems,” Alan tells Sam during one of their sessions. It also becomes the motto which drives the eventual dynamic that settles between the two. As Charlie, who really stands in for an affirmation of Alan’s ideas and a confrontation with his deepest fears, suggests towards the end, Sam may have taken Alan in for a replacement father.

Through sharp writing and a script that does not give in to conventions of a serial killer or the victims who want to escape him, Weisberg and Fields maintain watchability in a show whose premise hinges less on murders and more on fathers parenting their sons.

This is, unfortunately, also where the show shoots itself in the foot. The finale, which the actors themselves have described not a “Hollywood ending,” leaves you more uncomfortable than when you first started watching. The final episode, which has already raised opposing camps for a show that was universally praised in its run, flows naturally into how the characters were written. However, it does a disservice to the audience that was pulled in with the promise of a high-stakes thriller. It is also not helped by a few glaring plot holes, such as a lack of an active investigation into Alan’s disappearance or Sam’s other crimes. The refusal to address these areas leaves a gaping hole in what would otherwise have been a flawless limited series.

Despite an ending that cheats its audience, the ten episodes make for a deeply captivating watch that involves equal parts anticipation into Alan’s final outcome and a meditation on family dynamics.

The Patient is currently streaming on Disney+ Hotstar