HomeentertainmentSivakarthikeyan on ‘Prince’ and why he chooses family-friendly scripts
entertainment

Sivakarthikeyan on ‘Prince’ and why he chooses family-friendly scripts 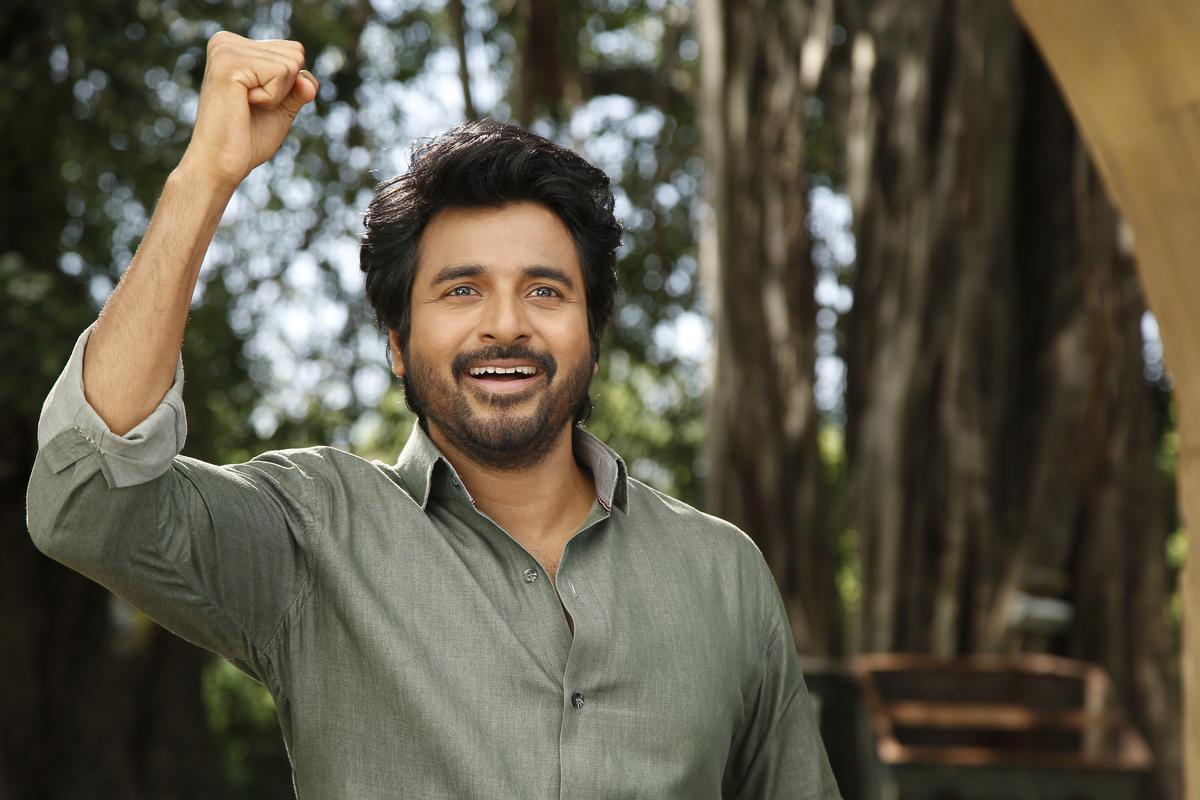 Sivakarthikeyan on teaming up with ‘Jathi Ratnalu’ filmmaker Anudeep KV for ‘Prince’, which hits screens on October 21

Sivakarthikeyan on teaming up with ‘Jathi Ratnalu’ filmmaker Anudeep KV for ‘Prince’, which hits screens on October 21

Sivakarthikeyan is a little tired. And looks like he has lost a lot of weight.

“It’s due to the continuous night shoots for  Maaveeran. They wanted me to lose weight for the character I was playing.  Night shoot panni adhuve koranjurthu… (Night shoots made me lose weight automatically),” he says, smiling.

That smile is bound to last till Deepavali, which is even more special this year for the star who has completed a decade in the film industry. After many years of watching the first-day-first-show screenings of his favourite matinee idols on the festive day, Sivakarthikeyan has, this season, his first Deepavali release:  Prince.

Directed by Anudeep KV, who delivered 2021 Telugu hit  Jathi Ratnalu, and with music by Thaman,  Prince is set in a fictional village where people are extremely simple. “So simple that they are silly,” he adds. Packed with songs, dance and irreverent humour,  Prince revolves around an Indian boy (played by Sivakarthikeyan) falling in love with a British girl (played by Ukranian actress Maria Riaboshapka).

“It will be a film for all,” he says. Just like most of his movies that are all kid and family-friendly. “Kids love songs and humour, and sometimes, action sequences. We try to fit in all these aspects into my films. Most of the directors who come to pitch storylines to me are already aware of this, and write their storylines accordingly. The humour in  Prince, for instance,  will be harmless and will not hurt anyone.”

A still from ‘Prince’

Sivakarthikeyan hopes that Anudeep’s strength in humour — which he displayed in full measure in  Jathi Ratnalu — will come to the fore with  Prince too. Is Sivakarthikeyan eyeing an increase in his market base in non-Tamil Nadu centres as well? “Well, there’s a lot of attention in the Telugu market as well, due to his (Anudeep) earlier success. Basis its response, I hope to get more releases in other language centres as well. It also depends on the film’s release date, since in other centres, their language films will obviously get more priority.”

His film titles too, of late, have been one-word English titles. He explains, “For promotions on social media, a single English word will make the job easy. For this film, we tried a lot of options, but most of them, revolving around teaching and classrooms, were a bit on the serious side. Fans on Twitter usually call me ‘Prince’, so we zeroed on that for this film.” With  Prince, he hopes to score a hat trick of hits. His  Doctor was among 2021’s biggest blockbusters, releasing just after the third wave of the pandemic, while his earlier release this year,  Don, set cash registers ringing.  “It ( Doctor) has been a game-changer for me,” he says, “It was a new attempt, but its success has now given me the confidence to take up new unique subjects.”

He is referring to his interesting line-up of films — apart from  Prince, he has  Maaveeran, a fantasy subject, and  Ayalaan, a sci-fi flick, lined up. All these are being explored keeping market constraints in mind. For, Sivakarthikeyan is now a ‘bankable’ star who commands a certain draw at the box office. Is that pressure? “I don’t see it that way,” he explains, “If I am taking up something very unique, I need to also see the elements inside it that will draw people into the theatres. I cannot do a film for my passion alone…there is business and a lot of money riding on it.”

Ten years ago, when he turned actor after being a successful TV anchor, Sivakarthikeyan was primarily known for his witty one-liners and comic timing. Today, audiences look up to not just that, but also his dance moves and emotional sequences. He describes himself as an ‘entertainer’. “Earlier, everybody who met me used to say that they like my comedy. Today, they say that I entertain them with my films. They seem to like all the aspects rather than just humour. Recently, during a visit to Hyderabad, someone mentioned that they cried watching the emotional climax sequence in Don. I see that as growth.”