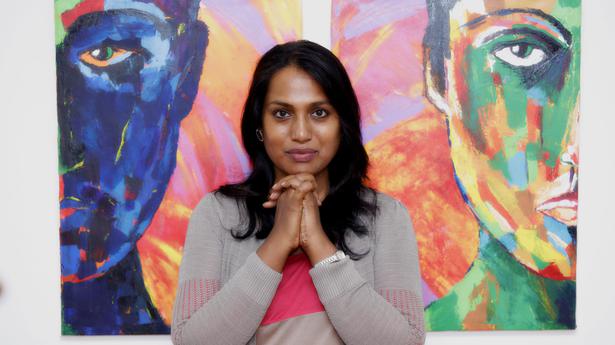 How does climate change affect the transgender community? Sahodari Foundation hosts a panel discussion on the topic in the city

How does climate change affect the transgender community? Sahodari Foundation hosts a panel discussion on the topic in the city

Transwoman Karthiga ran a tea stall at Washermanpet in Chennai. Life was good — she managed it successfully, and finally felt like she had achieved something. But it was all over in a minute. The floods struck the city in 2015, washing away her shop, taking with it everything she struggled to build over years. “I am still struggling,” she says. A natural disaster, be it a man-made one or the result of climate change, affects people from every strata, but it is the marginalised who are most affected. This includes people from the LGBTQ+ community.

The Sahodari Foundation, an organisation involved in transgender rights advocacy, hopes to kickstart a conversation on this issue, especially on how climate change affects transgender people. Kalki Subramaniam, the founder of Sahodari, will be presenting a panel discussion on the topic in the city, in which transwomen Sowndharya Gopi and Karthiga are set to participate.

Participants at the ninth edition of the Chennai Rainbow Pride March at Rajarathinam Stadium in Chennai
| Photo Credit: KARUNAKARAN M

“Climate change and gender are interrelated,” says Kalki. “Excessive rains or floods triggered by climate change, for instance, tend to wash away slums near waterbodies, and many transgender people live in such settlements.” This sends their lives in a downward spiral. “For, people from the community struggle to find houses for rent. Since a lot of them drop out of school owing to stigma from society, they end up doing odd jobs, and some continue doing sex work and begging,” she adds. During calamities, if they have the need to visit a hospital, there is discrimination there too. “They are rendered homeless and jobless overnight,” points out Kalki.

Chennai-based Sowndharya, for instance, remembers surviving for two says inside her flooded Housing Board apartment during the 2015 floods. “So many transwomen I know went through a nightmarish time without access to toilets and food,” she says. At the discussion, she will be talking about her experiences. “I will share the lessons I learned during the pandemic too,” she says, adding how the first six months of 2020 was especially hard, since she is a folk dancer and all events being cancelled. “But I hopped on my two-wheeler to distribute food packets to those in need, with funds from friends on social media,” she adds.

At the panel discussion, Kalki will be presenting solutions as well. “While creating policies and sustainable solutions for climate change, the Government can involve our community as volunteers. We are happy to work with it as messengers of the people,” she says. “This will not just help the transgender community, but planet Earth as well.”

The discussion Gender and Climate Change is on at Ardhra Hall, Gopalapuram, at 10am on September 24. For details, call 7639741916.