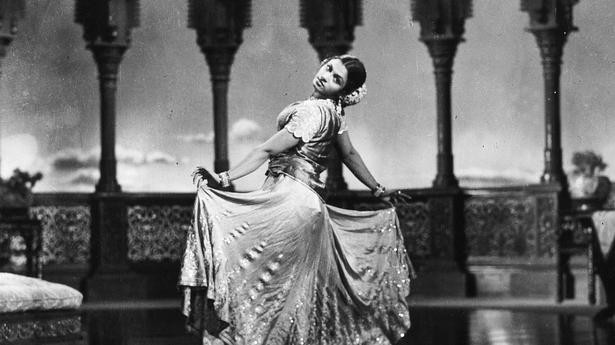 On her birth centenary, recalling how T.R. Rajakumari chose strong characters that proved she was more than just a glamorous star

On her birth centenary, recalling how T.R. Rajakumari chose strong characters that proved she was more than just a glamorous star

She always sent a frisson of excitement down the collective spines of members of my family. Somewhere in the distant past, a grand uncle got so obsessed with her that he watched the film  Chandralekha some 50 times or more. He had to be weaned off with the help of spells, chants and protective talismans. That was T.R. Rajakumari for you. The original dream girl. But there was a lot more to her than mere oomph.

There was firstly her lineage. In his monumental survey,  Marabu Tanda Manikkangal, scholar B.M. Sundaram traces this to great-grandmother Thanjavur Bhavani, who was a disciple of Sabhapati Nattuvanar, the son of Sivanandam of the Thanjavur Quartet fame. Bhavani’s daughter, Kuchalambal, learnt dance from Mahadeva Nattuvanar. One among her 14 children was Thanjavur Ranganayaki, who after pursuing dance as a career for a while took to harikatha. Her daughter was T.R. Rajayi, who took on the screen name T.R. Rajakumari. May 5, 1922 is her date of birth as per Vamanan in his book  Thirai Isai Alaigal, though Sundaram has it that she was born in 1920. Going by the former date, this year marks Rajakumari’s birth centenary. In keeping with her rich cultural background, she was trained in dance, could sing and also play the veena. Above all, as she personified on screen, she was a woman of infinite grace and a charm that was all her own.

Though the first film offer  Kumara Kulothungan (1938) was made by Deccan Cinetone, it was undoubtedly K. Subrahmanyam’s  Kacha Devayani (1941) that catapulted her to fame. It is said everyone except Subrahmanyam was dead against casting Rajakumari in the film. According to Aranthai Narayanan ( Tamizh Cinemavin Kathai), the make up man having readied her for a camera test declared that the director was insane. Their predictions seemed justified when the film opened to a tepid reception at Gaiety theatre on January 9, 1941. It seemed destined to be a flop but by the fourth day crowds picked up and it ran to packed houses for six weeks thereafter — Rajakumari being the chief reason. The critics raved and went on to describe her as a temple sculpture, ivory figurine, a peacock and a nightingale. She became the Dream Girl.

If by that title, they implied someone who was just a glamorous presence they were mistaken. Three iconic roles define Rajakumari’s career though she acted in several more. In terms of recall the first would probably be  Chandralekha (1948) and that had as much to do with Vasan as it had with her. Who can forget Rajakumari as a trapeze artiste, as a gypsy, and above all dancing on the drums? But she was much more than that — Chandralekha was a thinking woman. In many ways that was what brought life to the role. The second was Ramba, the scheming courtesan who inveigles the hero Haridas in the eponymous film released in 1944. Etched in our minds is ‘Manmatha leelaiyai venraar undo’ sung by M.K. Thyagaraja Bhagavatar where when he yearningly calls out ‘Ramba..’ she replies in her somewhat deep voice, ‘Swami…’. Here again, the courtesan Ramba, unlike Haridas’ wife (essayed by N.C. Vasanthakokilam) was no inchoate character. Under Rajakumari she emerges as the second-most important character in the film. And finally, we have her as Vasanthasena in  Manohara (1954). The film was all Sivaji’s but without Rajakumari’s contemptuous glances and barbed comments, his anger would have all gone to waste. She was the perfect foil as evil personified. And she did it consistently by underplaying — she matched Sivaji and Kannamba’s histrionics with just a glance, a quiet word, and a curling of the lip. It is no wonder that following the film’s success, Rajakumari was cast as a vamp in  Thangapadumai (1959). 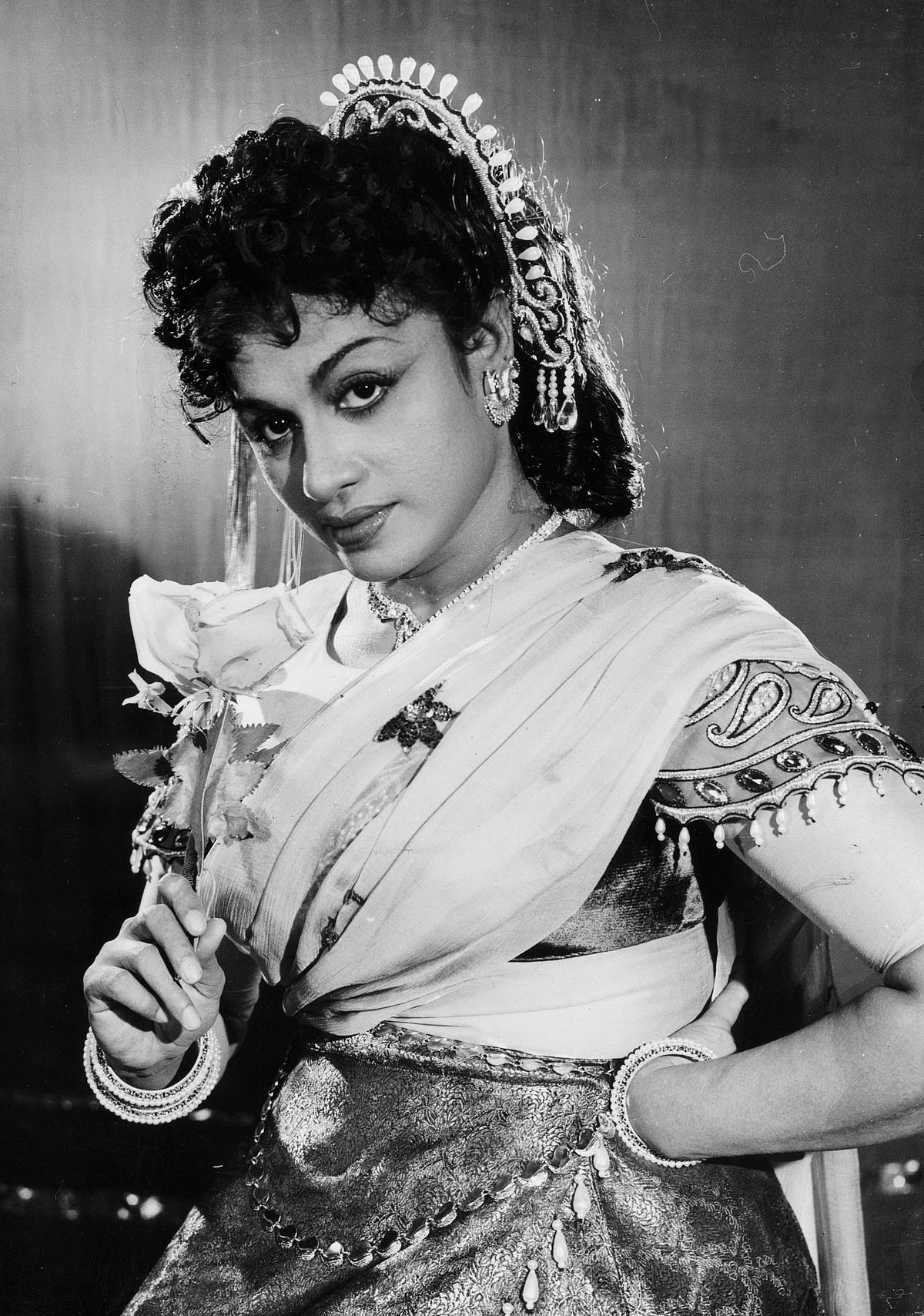 But she was careful not to be typecast. Her role in  Gulebakavali (1955) is good fun — switching from a fraudster to a demure wife. The former is where she excels and the song ‘Villendum veerarellam…’ sung by P. Leela has Rajakumari at her best. Once again, a thinking woman, who shows the hero, MGR, how to find the mysterious flower that will cure his father’s blindness. But perhaps her career best is the film  Thangam (1953), where she co-starred with Sivaji and Padmini. As a young widow with a posthumous child and suffering ignominy, she showed a new side to her acting, essaying a woman who unites the family. Rajakumari was not just an actress, she produced films and owned the Rajakumari theatre in T. Nagar. In short, she was self-made, successful, professional — a post-Independence ideal for Indian womanhood.

Famously reclusive off screen, Rajakumari, like the courtesan she played in  Krishna Bhakthi (1948), withdrew into prayer on retiring. She passed away on September 20, 1999.

The Chennai-based author, a historian, writes on music and culture.