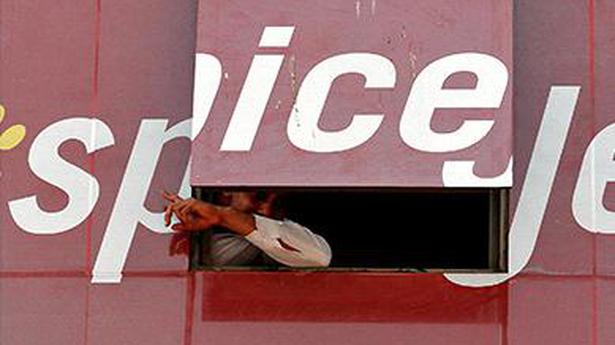 
SpiceJet has decided to place close to 90 pilots on leave without pay for a period of three months to rationalise both cost and its pilot-to-aircraft ratio.

The pilots belong to the airline’s Boeing 737 and Q-400 fleets. On July 27, the Directorate General of Civil Aviation ordered SpiceJet to not fly more than 50% of its scheduled flights for the next eight weeks over “degraded safety” because of its inability to pay for maintenance. The eight-week period ends on September 25.

A senior official at SpiceJet told The Hindu: “We have substantially more number of pilots than required” and attributed the situation to short-term and medium-term lease period for 31 erstwhile Jet Airways planes coming to an end as well as the delay in induction of Boeing 737 MAX planes.

The person said that in the normal course, the airline would have inducted 40 MAXs by now, but the “grounding and the return to service [requirements] as well as Boeing’s inability to deliver aircraft” had disturbed its plans. “SpiceJet will have sufficient number of pilots to operate its full schedule as and when the DGCA restriction on flights is lifted,” the airline said in a statement.

The airline also plans to expand its fleet and “is exploring all options, including wet leases”. Under wet lease, the lessor provides the aircraft as well as crew. The airline’s CMD Ajay Singh had earlier said that the airline planned to add seven more aircraft by December end, and was looking at raising funds up to ₹2,000 crore and attracting investments from external parties, including airlines.

Pilots placed on leave without pay would remain eligible for other employee benefits such as opted insurance benefits and employee leave travel, the airline statement said.