No bandwidth to take up fresh FTA talks: Goyal 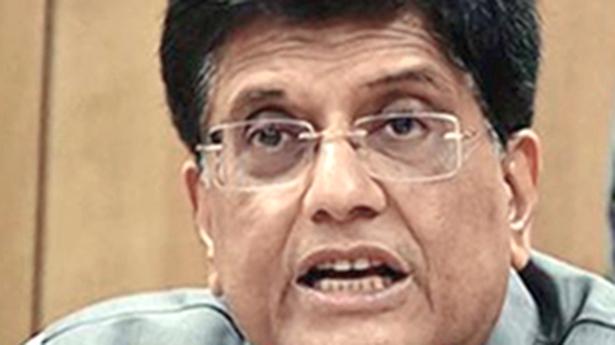 
Commerce and Industry Minister Piyush Goyal signalled on Tuesday that India’s trade negotiators do not have ‘bandwidth’ left to negotiate any fresh free trade agreements or FTAs other than those already in the works, even as more countries are keen to engage with India for such pacts.

The United Kingdom, Mr. Goyal said at a FICCI event, had informed him two days earlier that they still want to seal the trade deal with India by Diwali. “The world wants to engage with us,” he asserted. “The world has more confidence in us than I think we have in us.”

“I was with the New Zealand minister before I came here. NZ is very far away with very small economic interests… and he said even if you are not interested in an FTA… and honestly, I have no bandwidth to start any more FTAs,” the Minister remarked.

“I already have Israel waiting in the wings, apart from U.K., Canada and the EU. The Gulf Co-operation Council’s terms of reference are finalised and they are very keen to launch quickly… it was also on my agenda during the visit to Saudi Arabia to buy some time, because the Ministry just has no bandwidth to engage with another set of six countries on the GCC negotiations,” he added.

The United States’ recent $40 billion semiconductor policy enunciated through the Chips Act, which he termed as ‘the only piece of legislation’ passed with bipartisan support, appears “very similar” from India’s one year-old policy for the sector, Mr. Goyal said, stressing that India’s self-reliance push was ahead of the curve.