Dhananjayans: A life in illustration 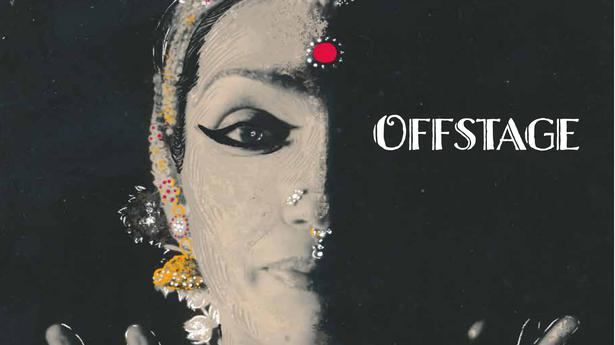 To transcribe a legacy of movement is akin to catching the passing breeze in a glass jar. Something so ephemeral and embodied can be written about or filmed, but rarely can the emotional nuances be captured. Biographies give us a peek behind the curtain into the character of the dancer while films focus on performance documentation. But is there also a different medium that can be used to narrate a legacy of classical dance?

V.P. Dhananjayan’s son and photographer C.P. Satyajit, artist Satwik Gade, and publisher Poonam Ganglani answered this question in the most unexpected of ways — a visual book that features three artists in an illustrated oeuvre, straddling the worlds of picture book and comic book to document the life of the Dhananjayans. Fusing the forms of dance and visual art in this way is an innovative take on the idea of narrating a biography.

Classical dance and visual art share some uncanny resonances. Both forms prioritise symmetry, lines, expressions and narrative clarity. Both also use placement and colour to communicate characterisation. Yet, the translation from a three-dimensional form to a two-dimensional one can make for a tricky experiment that requires the delicate balance between stillness and dynamism.  Offstage, a visual narrative of anecdotes from the Dhananjayans’ illustrious career achieves just that.

The title,  Offstage, is an ode to the stories oft untold about the dancing duo. In the first story, ‘Auld Lang Syne’ by Satwik Gade, a Chennai-based illustrator, we get a front row seat to the ‘Jungle Book, a production that was ahead of its time. It was presented as a collaboration with Heinz Poll of the Ohio Ballet, featuring a ten-year-old Akram Khan as Mowgli. The story takes us through how the production was conceived, how ballet dancers were keen on learning facial expressions and the joint efforts of Shanta Dhananjayan and famed designer Christina Giannini in creating the costumes for the show. The theme of ‘offstage’ continues in the second story, ‘Lines & Curves’ by Alamelu Annhamalai, a visual artist based in Chennai, recounting a humorous incident where Dhananjayan sir was driving a white ambassador and unintentionally hit a scooter, which belonged to a parent of one of his students. Beautifully illustrated in black and white, the humour of the story reveals the legendary dancer’s personality. The third story, ‘Tour de Force’, by Rohit Bhasi, a Bengaluru-based illustrator and painter, colourfully narrates the experiences during a Nigeria tour that the artistes undertook with their troupe, exposing several organisational problems (many of which still prevail), yet staying true to the humorous vein of dancers exploring a new country. The story reveals a rare aspect of a performer — the negotiation of cultures, people management and the comedy of errors that can arise from different styles of communication. Stories like these, although narrated in a light-hearted way, have the potential to start deeper conversations about classical dance and the struggles within. As the senior-most artistes in the field, it is inspiring that the Dhananjayans are leading the way and setting the tone. From the pages of the book
| Photo Credit: Courtesy: Offstage

Talking about choosing the book to be a collaboration between fine art and performing art, Anupama, the Dhananjayans’ daughter-in-law and one of the creative leads of the project, says candidly, “So much has been written about them that it would have been trite to release yet another archaic telling of their story or accomplishments. It was very important to the creative team to reveal the lesser-known aspects of Dhananjayans’ life, with emphasis on the power of visual storytelling.”

Furthermore, the book offers subtle and nuanced commentary on many aspects of dance itself. For example, in the first story, the reader is confronted by the line “Bharatanatyam in its current form is very new — only a 20th century art form.” This narrative is a refreshing acknowledgement of Bharatanatyam’s complicated history and its usual presentation as a two-thousand-year-old form with roots in temple sculpture. In the last story, it is also evident that the Dhananjayans’ illustrious career was made possible by the support of Shanta’s mother in raising their children. Several dancers today still struggle to balance family responsibilities with a touring dance career, often giving up one or the other.

Offstage has, in a way, set a precedent, and one hopes that it inspires several others to tell their stories with honesty, candour and humour. The light-hearted narrative style could make the dance form more accessible to young readers. From the pages of the book
| Photo Credit: Courtesy: Offstage

The Bengaluru-based writer is a dancer and research scholar.