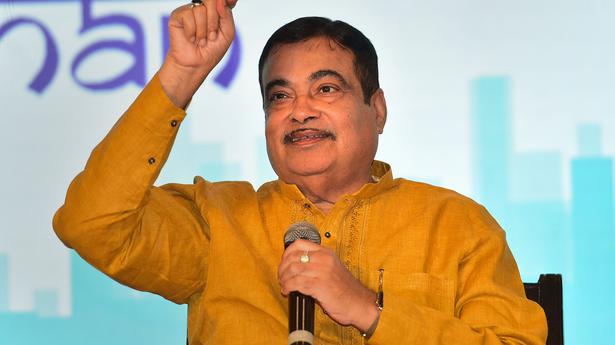 
The government on Wednesday exhorted the auto component industry to invest some of its profit into research into technologies such as electric vehicles and alternative fuels as the country is facing challenges such as pollution following the use of diesel and petrol.

“Pollution is a big concern because of diesel and petrol, we are facing a lot of problems. 35% of pollution is due to fossil fuels so, I appeal to the automobile industry to start flex fuel in India,” Mr. Gadkari said.

The Minister added that the government is working on developing a Bharat NCAP to bring Indian vehicles on par with global vehicles in terms of safety. “Majority of carmakers export vehicles with six airbags…but in India, because of the economic model they are hesitating I just ask a simple question You are not thinking about the life of a poor person who is using the car?”.

“This is the time for all the industry to accept new technology there are a lot of imports industry can accept the challenge on how to reduce imports for this you need research invest some of our profits in futuristic research… So, EVs, particularly two-wheelers I feel that within two years the cost of a [ICE] two wheeler and electric two-wheeler will be the same,” the Minister said.

Speaking at a separate session, Commerce and Industry Minister Piyush Goyal added that the government will be taking serious note of any automobile makers pressurising component manufacturers to import components from preferred suppliers instead of localising them.

“If any company – Indian or international – is forcing you not to localise and forcing you to import from a certain set of their own suppliers… which is reported to me by different people. I’d be happy to take cudgels on your behalf,” Mr. Goyal said.

The Minister further added that given the opportunity, the auto component industry – which registered record exports of $19 billion in the last financial year – should aim at growing it fivefold to $100 billion by 2030.

Additionally, G20 Sherpa Amitabh Kant said that India must target 100% electrification of two-and three-wheelers in the next four years as these segments will lead the country’s green mobility revolution.

“India’s electrification journey has to be about two-wheelers and three-wheelers because they comprise 80% of the total sales of vehicles in India right now. There’s an electric revolution which will take place which will make electric vehicles more affordable, more accessible, more inclusive, and citizens will take to them whether you like it or not, and the export markets will all be electric,” Mr. Kant said.

Mr. Kant’s comments come even as a report jointly prepared by ACMA and McKinsey, released on Wednesday, said that electric two and three-wheeler sales in the country are expected to grow at a fast rate and account for 50% and 70%, respectively of the total sales by 2030.