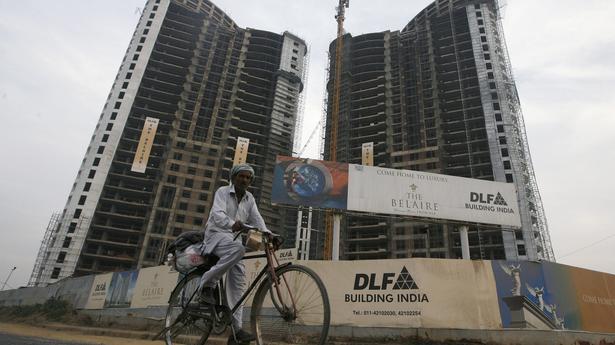 
The China central bank’s recent decision to lower interest rates – a move believed to be targeted at averting a major property crisis in that country – is expected to turn beneficial for Indian developers and the domestic real estate sector, said analysts and developers.

The crisis has led to softening of global commodity prices, while the rate cut has caused property prices there to reduce, making international investors to look at diverting their allocations to countries like India, they added.

“The commodity prices have eased off since the beginning of this year, and with the fall of China’s real estate market, the process is likely to get accelerated further,” said Vipin Mittal, CEO Projects, Aga Khan Agency for Habitat (India). “Steel, aluminium, and copper prices have a direct impact on the construction cost, and any reduction in these augurs well for the developers,” he added.

Post-COVID-19, there has been a surge in demand for homes, data centres and warehousing in India, and this has attracted attention of international investors, he said.  “While billions of dollars of investments are in the pipeline, there is very high probability of those investing in China diverting their funds into Indian real estate market. I am quite hopeful that the Indian real estate story can only get better from here,” Mr. Mittal said.

Rishabh Siroya, founder, Legend Siroya Realtors, President-Elect Naredco NextGen said, “China’s real estate market constitutes roughly 20-25% of its GDP. With the current slowdown in sales and investors’ confidence in developers being shaken due to heavy debt ratio, Indian real estate market can emerge as the underdog where international investors will be able to confide.”

“A take-away from the Chinese crisis is that Indian developers must evaluate their financial risks critically and reconsider their business strategy to make it more robust in the current economic setup,” he added.

“When China lowered interest rates to tackle inflation, and all the other countries were hiking them, Indian markets did get affected a bit, but it was also an opportunity to accelerate inflows into India,” said Harrish Kumar Jain, V-P, BrihanMumbai Developers Association (BDA).

“Realty is one of the only sectors that provides secured and assured returns. While tremors of China’s interest rate cut will be felt in India, it will land on its feet owing to other countries looking at India as their potential investment opportunity,” he added.