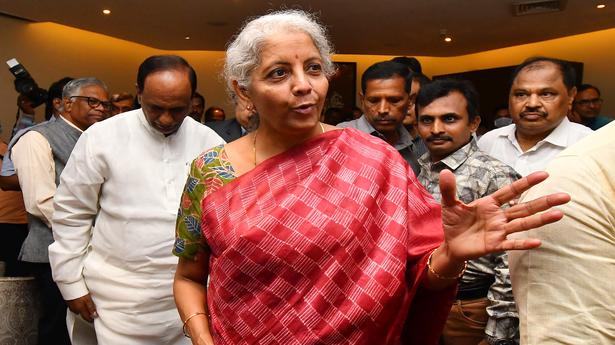 
To curb the menace of illegal loan apps, the Reserve Bank of India (RBI) has been asked to prepare a ‘Whitelist’ of legal loan apps and the Ministry of Electronics and Information Technology (MEITY) has been tasked with ensuring only such applications are available on app stores.

All ministries and agencies have been asked to ‘take all possible actions to prevent operations of such Illegal Loan Apps’, following a meeting chaired by Finance Minister Nirmala Sitharaman with top officials from the RBI, MEITY and the ministries of Finance and Corporate Affairs on Thursday.

During the meeting, the minister expressed concern on such apps offering loans or micro credits, especially to vulnerable & low-income group people at exorbitantly high interest rates and resorting to blackmail and criminal intimidation to recover such loans.

The central bank has also been entrusted with monitoring ‘mule or rented’ accounts that may be used for money laundering and to review and cancel dormant non-banking finance companies (NBFCs) to avoid their misuse by such app operators.

“The RBI will ensure that registration of payment aggregators be completed within a timeframe and no un-registered payment aggregator be allowed to function after that,” the Finance Ministry said in a statement, adding that the Ministry of Corporate Affairs will identify shell companies and de-register them to prevent their misuse.

“Steps should be taken to increase cyber awareness for customers, bank employees, law enforcement agencies and other stakeholders,” the Minister directed after ‘detailed deliberations on legal, technical and procedural aspects of such apps. The Ministry of Finance said it will monitor the actionable points for compliance on a regular basis.