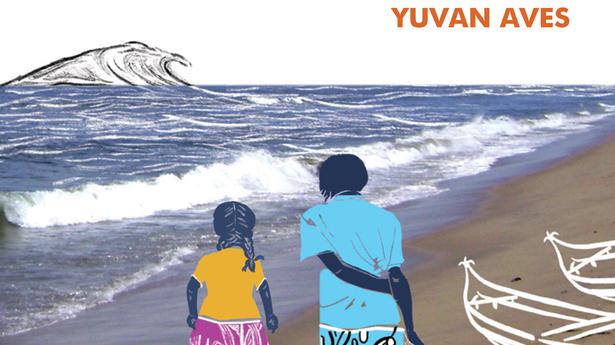 Fisherman Palayam and his granddaughter go on a stroll along the beach one morning. He knows this stretch and its many inhabitants like the back of his hand. The conversation between this man of the sea and a curious seven-year-old, and the creatures they encounter during this expedition, form the setting of children’s book Shore Walk (Tulika) by city-based naturalist Yuvan Aves. The book was launched recently during a beach walk that Yuvan led along Elliot’s, complete with activities for children and a book reading by the waves.

Written in verse along with stunning photos shot by the writer, Shore Walk is Yuvan’s attempt at letting children experience the fascinating landscape that is the beach, see it as a “magical forest” and read about its many little creatures, right from ghost crabs, hermit crabs and olive sea snails, to shore birds.

“There is a main story, along with many take-aways that are on the side panel of each page,” points out the 26-year-old, who is a Nature educator himself and has held numerous shore walks along Chennai’s beaches. For instance, there are nuggets of information on the different words for winds and currents, on how unregulated mining of beach sand affects its creatures, dangers of climate change, among others.

Yuvan set out to write this book with a clear idea of what to highlight. “Having held dozens and dozens of walks for adults and children at Elliot’s beach, I know what will resonate with readers,” he says, adding, “There is a standard set of things to speak about this beach.” There is a main story, along with many take-aways that are on the side of each page
| Photo Credit: Special arrangement

Yuvan’s first book for children, on dragonflies, was published in 2020 by Kalpavriksh. Shore Walk, he says, is part of the material he has been putting together on Chennai’s coast; he has brought out a field guide with the names of 160 species of living organisms found along the city’s coastline with their original Tamil names, many of which are not in usage.

Palayam, the character that drives the story in Shore Walk, is based on a senior fisherman of the same name who lives in Urur Kuppam. “I first met him in 2019,” says Yuvan, adding that Palayam has now retired from fishing owing to his age. “He is full of stories about the sea,” he says. “He is curious about his craft and sees it as science.” Palayam too has a granddaughter. But the character in Yuvan’s book has a different name, one that the fisherman picked. She is called Kadalamma, the goddess of the sea.

Shore Walk is available at the Tulika store and website. It is suitable for children aged eight and above.