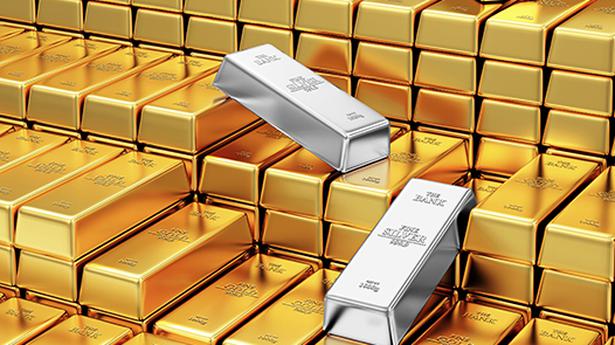 The rally in the U.S. dollar and expectations of an aggressive interest rate increase by the U.S. Federal Reserve affected sentiment towards precious metals.

In line with expectations, the Comex gold price hit the target of $1,825-1,835 mentioned last month. After recording a high of $1,825 on August 10, the price turned weak in the latter half of August.

The short-term outlook for Comex gold remains weak and the price could drop to the $1,660-1,670 zone.

Similarly, Comex silver price, too, staged a sharp recovery in the early part of August but the recovery was not strong enough to push the price to the then mentioned target zone of $21.5-22.

Silver price recorded a high of $20.87 on August 15 and turned weak thereafter. The short-term outlook is negative, and the price could slide to the next support at $16.5-16.60. A move past $18.7 would invalidate the weak outlook.

MCX silver, too, ruled weak last month and has been in a steady downtrend for a while now.

The short-term outlook remains negative and a fall to ₹47,500-48,500 appears likely. Only a close above ₹55,400 would invalidate the negative outlook for MCX silver.

To summarise, the short-term outlook for precious metals is negative. Unless the price moves above the levels mentioned above, expect the recent weakness to persist in precious metals.

(The writer is a Chennai-based analyst / trader. This is not meant to be a trading or investment advice)