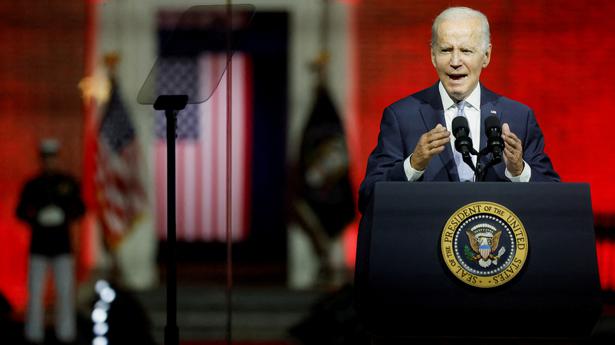 The U.S. notice to chipmakers could harm Chinese firms’ ability to carry out advanced work like image recognition and hamper Nvidia’s business in the country

The U.S. notice to chipmakers could harm Chinese firms’ ability to carry out advanced work like image recognition and hamper Nvidia’s business in the country

Chip designer Nvidia Corp. this week said the United States told it to restrict exports to China of two computing chips for artificial intelligence work, the latest move in a broader government effort to hamper China’s access to the most sophisticated semiconductors.

News of the letter to Nvidia, and a similar one to rival AMD, follows an August announcement from the Commerce Department curbing exports of materials and software used to make next-generation chips, as well as recent reporting from Reuters on other actions under consideration that would make it much harder for the Chinese semiconductor sector to compete on a global scale.

The U.S. notice to chipmakers could harm Chinese firms’ ability to carry out advanced work like image recognition and hamper Nvidia’s business in the country.

While a Commerce Department spokesperson did not shed much light on the letters in a statement, they suggested it was part of a broader effort aimed at China: “While we are not in a position to outline specific policy changes at this time, we are taking a comprehensive approach to implementing additional actions necessary related to technologies, end-uses, and end-users to protect U.S. national security and foreign policy interests.”

As in the past, the agency said it wanted to prevent China’s access to technology that could be used “to fuel its military modernisation efforts.”

At the same time, Commerce Secretary Gina Raimondo has said the agency “is pursuing strategies like ‘nearshoring’ and ‘friendshoring,’ so like-minded partners are integrated into our supply chains… As we rebuild our supply chains, we can’t be dependent on foreign countries that don’t share our values for our critical chip components.”

In a move interpreted as aimed at China, the department in August adopted new export controls on technologies that support the production of advanced semiconductors and gas turbine engines that the United States says are critical to its national security.

The controls include ECAD, a category of software tools used for validating integrated circuits or printed circuit boards “that can advance many commercial as well as military applications including defense and communications satellites,” the department said at the time.

Soon after that Biden signed a bill to boost U.S. competition with China’s science and technology efforts by subsidising U.S. chip manufacturing and expanding research funding. The law aims to “reduce reliance on vulnerable or overly concentrated foreign production for both leading-edge and mature microelectronics.”

The crackdown, if approved, would involve barring the shipment of U.S. chipmaking equipment to factories in China that manufacture advanced NAND chips.

Tensions between China and the United States over the tech sector deepened under Biden’s predecessor Donald Trump and have continued since. Reuters reported in July that Biden’s administration is also considering restrictions on shipments to China of tools to make advanced logic chips, seeking to hamstring China’s largest chipmaker, SMIC.