Homeentertainment‘Cuttputlli’ movie review: Akshay Kumar is both the strength and weakness of this thriller with loose strings
entertainment

‘Cuttputlli’ movie review: Akshay Kumar is both the strength and weakness of this thriller with loose strings 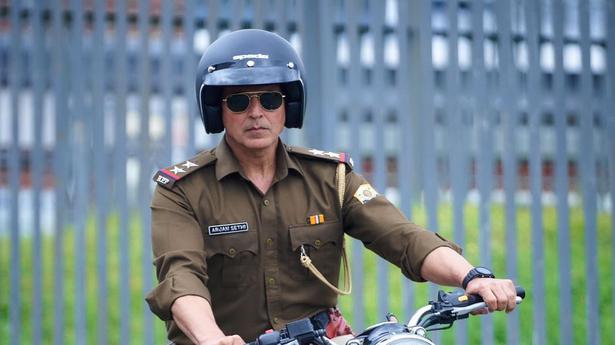 This Monsoon, the Hindi cinematic universe is being flooded with thrillers, remakes, and Akshay Kumar. This week we have a three-in-one situation: a thriller that is a remake of a Tamil hit and stars Akshay Kumar in his third film in three months. Overkill, anyone?

Aspiring to be described as a slow-burn,  Cuttputlli is an air-popped thriller that feels like one of those episodes of  C.I.D. that keeps you interested without ever aiming to be outstanding. It is the kind of film where the officer doesn’t see the obvious detail until the hero points it out. There are no editing tricks or unsettling sounds; the saving grace is that it doesn’t make any overt attempt to pull us to the edge of the seat.

Faithful to the source, Tamil film  Ratsasan (2018), it chases a serial killer who brutally targets teenaged schoolgirls in the scenic town of Kasauli in Himachal Pradesh and leaves the brutalised face of Cinderella dolls as his signature. He is pursued by Arjan Sethi (Akshay Kumar), a sub inspector who was once an aspiring filmmaker, specialising in stories of serial killers.

Spurned by producers, Arjan joins the police on the advice of his brother-in-law Narinder (Chandrachur Singh) and uses his research on psychopaths to solve the case. Initially, his methods are ridiculed by his officious SHO Parmar (Sargun Mehta) but as the killings don’t abate, Arjan emerges as the best bet to solve the mystery.

By half-time, the needle of suspicion moves to a pervert schoolteacher. But with an hour to go, we can sense that director Ranjit Tewari wants us to negotiate with the red herrings in the hills. However, the journey between the turns is not compelling enough, and the underwhelming climax leaves one exhausted. For a story that is soaked in so much sadness, there is only one sequence that chokes us up. For the large part, it comes across as crime story in a newspaper where the facts are present, but there is little to read between the lines. After the initial spark, the romance between Arjan and schoolteacher Divya (Rakul Preet Singh) also follows a predictable arc.

The good thing is, for a change, the action sequences don’t demand Akshay to indulge in unbelievable stunts, keeping Arjan relatable. There are moments where the actor’s inherent simplicity comes to the fore, providing breathing space in between the chase.

However, casting Akshay in a suspense-thriller has its limitations as no amount of air brushing can turn the star into a 36-year-old, and his invincible image comes in the way of any iota of suspense that the makers try to generate. Vishnu Vishal was not a big name when he did  Ratsasan. So, when he outshone his supercilious seniors, it provided momentum to the narrative. No such emotion here; he may not be a one-man army in this particular outing, but it remains an Akshay Kumar show all the way. The star deserves praise for trying out different variations of the same template, but he is playing them with the intensity of a well-oiled machine that is more efficient than exciting.

The underrated Chandrachur once again excels in a small part. Cast in an interesting role, Sargun is a little too conscious in portraying the cop who leads a team, and a little more layering of her character would have helped. The talented Rakul Preet Singh seems to be using small parts with big stars as an investment for the future. With hardly any character arc, her performances are very much like this generic thriller… that has no authorial signature.

Cuttputlli is currently streaming on Disney+Hotstar