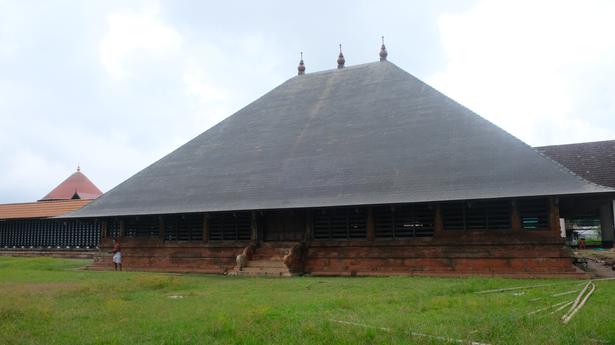 Unlike the koothambalams in Kerala’s temples, makeshift venues do not have ideal lighting facilities, sound systems and enough space

Unlike the koothambalams in Kerala’s temples, makeshift venues do not have ideal lighting facilities, sound systems and enough space

At a recent contemporary theatre festival in Ottapalam, a small town in Palakkad district, movie and stage actor Santhosh Keezhattoor made a simple request: “We want to act, give us the space.” He even went to the extent of asking the Kerala Sangeetha Nataka Akademi, which had jointly organised the festival with Dialogue Film Society, to stop its fellowships and awards for a year or two and divert the funds to build basic infrastructure.

The fact is that Kerala may be rich in cultural heritage but its performance infrastructure is abysmal. This is true not just for contemporary theatre. Be it music, folk artforms or classical forms such as Kathakali and Koodiyattam, the performers and the audience are resigned to makeshift stages that lack basic necessities.

Most of the ‘performance halls’ or auditoriums, are designed for public meetings or wedding receptions. A four-foot high stage at one end of a big hall is all that’s available. There is no green room behind the stage and the actors in many venues have to walk to the stage through the audience. There is no proper lighting facilities too. In many cases, the stage backdrop is so jazzy and colourful that it distracts from the performance.

Theatre space is not merely a physical asset; it has got to do with aesthetics and culture, says Ramesh Varma, actor and director. “For example in traditional artforms such as Kathakali or Koodiyattam, both the artistes and the audience have a clear notion of an ideal space, irrespective of where it is staged. But the demands of contemporary proscenium theatre are completely different.

“Though it is hard to visualise a common performance arena for every form of art, we can think of a common space that will cater to a variety of events,” says Ramesh, also a former professor in the theatre department of Sreesankara Sanskrit University.

Peesappilly Rajeevan, a senior Kathakali artiste, who also dabbles in theatre, says stage arrangements are less of a problem in contemporary theatre since stage and light design are part of their production values. “Overpowering lighting is the biggest problem in Kathakali venues. I think during Kathakali’s evolution focus was only on its structure and grammar, no attention was paid to define its performance space requirements. What I find today is that inappropriate lighting and garish backdrops spoil the visual effect of the costume.”

Rajeevan feels Koodiyattam is slightly better off because it had a koothambalam culture, still prevalent in a few dedicated spaces. These spaces enhance the artiste’s energy and the viewer’s experience. But even institutions teaching Kathakali don’t pay much attention to performance space.

According to Koodiyattam artiste Sooraj Nambiar, there are very few venues that have ideal lighting facilities, sound systems and enough space. “We need to define lighting requirements in relation to space and also the number of characters on stage at a time. As for sound, mizhavu and idakka need separate channels and different types of microphones. In Kathakali we often find the cymbals drowning out the other instruments.”

The solution isn’t hard to find; we only need to look at Kerala’s temple koothambalams for a model. Many of Kerala’s temples had a performance theatre within their premises and some 16 of them remain even today. These are built according to rules laid down in old treatises such as Natya Shastra and Tantrasamuchaya. There are several koothambalams outside the temples today which are modelled on the temple structures. The biggest and most famous of them is the koothambalam in Kerala Kalamandalam Deemed University, which is an aesthetic delight for any artiste or connoisseur. There are other smaller, austere, affordable and functional performance spaces run by Koodiyattam schools such as Nepathya Moozhikkulam and Ammannur Gurukulam in Irinjalakuda, and arts and theatre groups elsewhere.

Sooraj says big performing art institutions such as Kerala Kalamandalam and Kaladi Sanskrit University must include light and sound design in their curriculum. Because this awareness about space should start with the artistes and they must be familiar with modern technology. “Unless the artistes start insisting on proper light and sound nothing will change.” Rajeevan says every district must have at least one dedicated space for what he calls “intimate theatre” such as Kathakali, Koodiyattam, Nangiarkoothu and Ottamthullal, that draw a limited audience and need a smaller performance space. Such a move will build a momentum and one day we will have a string of such arenas.

The Kerala Government had announced years ago plans to build cultural complexes in every district. In fact a few such multi-crore complexes are in the construction or planning stages. But we also need performance spaces in every village and town, not just in the cities. And what we need is a simple and unostentatious hall that can accommodate some 200 people, a stage that isn’t too high with plain black backdrops, green rooms, scalable lighting facilities and sound consoles. There is no need for concrete structures or even walls all around.

The design for a new theatre must also factor in the post-Covid landscape. Many performance houses, especially Koodiyattam and Kathakali, are seeing a fall in audience numbers, with a concomitant rise in online viewership. Many organisers use two or even three cameras and a switcher that offer a near-live experience for those watching from home. It is obvious the new performance spaces have to factor in the needs of streaming such camera positions that don’t obstruct the viewers, lighting options and fibre broadband.

In today’s world, where movies dominate the entertainment space and aesthetics of viewing is the key, it is important that our traditional arts too start paying attention to draw in new viewers.

The author, a retired journalist, writes on Kerala’s performing arts.