HomeentertainmentAnupama Kylash’s ‘Nirvighnam: Continuing legacy’ is about bridging the gap between then and now
entertainment

Anupama Kylash’s ‘Nirvighnam: Continuing legacy’ is about bridging the gap between then and now 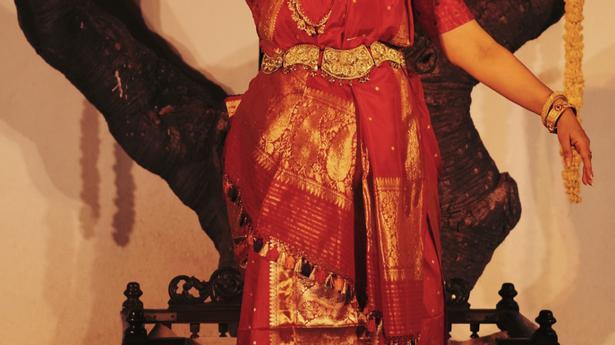 At ‘Nirvighnam: Continuing Legacy’, artistes and scholars elaborated on what we could draw from ancient texts and traditions

At ‘Nirvighnam: Continuing Legacy’, artistes and scholars elaborated on what we could draw from ancient texts and traditions

Indian performance traditions are dynamic knowledge systems that are rooted in the ethos of the land. Stories and sagas springing from age-old precepts have been sung, recited, narrated and danced in innumerable ways through the ages. The subtle sophistication of our performance arts, dazzling in their variety, have internalised some of the most abstract philosophies like advaita and tantra ensuring that these ideas are transferred effortlessly to their audiences.

Traditions, therefore, are passed from generation to generation through texts for sure, but are most efficaciously preserved and nurtured through the arts. Keeping a civilisational consciousness alive requires periodic stock-taking, all the more urgent now when the threat of cultural loss is lurking round the corner.

In a rare event, aptly titled ‘Nirvighnam: Continuing Legacy’, organised in Hyderabad by dancer-scholar Anupama Kylash, scholars from different parts of the country came together for a two-day conference to deliberate on Indic traditions and texts that are interwoven into our practices and beliefs.

The conference allowed for a much-needed intermingling of artistes, writers, scholars and thinkers. Positing ksetras, utsavs and temples as gradients of divinity, Pankaj Saxena, in his opening talk, expounded on the intrinsic design of spiritual ascension within the Indic time and space axis. His pithy yet potent observation that utsavs are to time what temples are to space underscored the importance of sanctified time and space.

Vinay Varanasi unpacked the connections between the two most popular avatars of Vishnu — Rama of Valmiki’s Ramayana and Krishna of Vyasa’s Mahabharata. Peppering his talk with appropriate quotations from the relevant texts, he brought out stark similarities as well as differences between them. Focussing on the Mahabharata, Ami Ganatra shone the light on the question of dharma and adharma and more importantly, dharma sankat or ethical dilemma. That each of us have our own individual dharmas based on the station we occupy in our lives has no better example than the lives of the many characters that populated the story of Kauravas and the Pandavas. Embedded in their individual dilemmas and struggles thereof, are teachings that we could, several thousands of years later, still take a leaf from.

Jayachandran Surendran’s revelatory talk on Azhwars and Nayanmars dwelt on the emotive mysticism present in the sensory perceptions associated with the devotee and the lord, usually known as akam in Sangam literature — the inner world of the heart and mind. Touch plays an important role in the emotional bond between Shiva and his devotee Kannappa, and smell, through the fragrance of flowers, between Vishnu (as Vatapatrasai) and his devotee Andal.

While Ami’s talk brought out the ethical dilemmas in the Mahabharata, Ramesh Venkatraman’s discussion on the centrality of dharma within the Vishnu Sahasranamam was informative as it was profound. Transmitted from Bhishma to Yudhishtira, this compendium of 108 verses encapsulates thousand names of Vishnu, reinforcing the image of dharma that he represents as one lying on the ocean of samsara.

The knotty subject of dharma, tackled in the controversial text called Manusmriti, was taken up piecemeal by Nitin Sridhar, where he argued for the validation of the text that has been relegated to the status of a lawbook. He contended that dharma, an alaukika, intangible subject can only be understood through sabda pramana or texts and Manusmriti is one such text that needs to be understood and studied in that light.

Ramachandra Roddham delineated the esoteric aspects of Shakta traditions, the worship of mother as the prakriti principle, who in her many forms is the one who makes this world manifest and dynamic.

Rajarshi Nandy dwelt on aspects of tantric traditions relating to the Nath sects as well as the Kaulika traditions that are not knowledge of the laity. His talk brought out the stories surrounding the enigmatic figure of Matsyendranath, who is believed to have been the guru of Gorakshanath, the founder of the nath sect.

Indeed, what became eminently clear was that the need of the hour was to have more such interactions so that knowledge, which has remained shrouded in the cloak of esotericism, is made available to many, especially those who are seeking it.

The evening programmes at the event were just as enriching to the eye and the ear as much as they were to the heart and the mind. Saturday evening saw a performance by a hereditary group of artistes led by Kadem Parvataalu from Adivi Rangapuram village. Traditionally, they narrate stories from the 13th century, known as the Mandecchula Kathalu, enacted through song and dance with use of wooden dolls made by craftsmen from Cheryala. Their performance was a reminder of the many traditions that have managed to retain their authenticity despite rapid urbanisation of our villages and towns. On the concluding day, Anupama Kylash and her ensemble presented ‘Vaahini’ that felt like a visual and aural summation of all that was discussed at the event. It was no doubt a testament to the power of arts. Indian dance with its integration of music, literature, rhythm and movement captivates the imagination immediately, leaving a deep impression. Her presentation brought together episodes from the Ramayana, the Mahabharata and also abstract representations of the shakta and tantra through mystical mudras and configurations in movement.

The reverberations brought on by the flurry of movement and rhythmic fervour reinforced the images that had been planted in the mind earlier in the course of the two days. Verily, texts and traditions had triumphed.

The classical dancer is the artistic director of Feet on Earth.