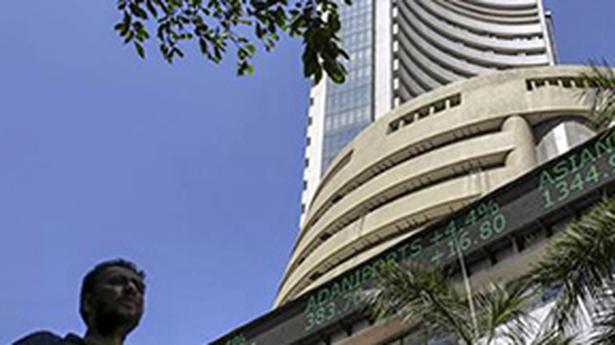 Benchmark indices went into a tailspin in the opening trade on Monday as they tumbled over 2% each, mirroring an extremely weak global market trends.

All the 30-share Sensex pack of firms were trading in the red, with Tech Mahindra, Infosys, HCL Technologies, Wipro, Tata Consultancy Services, Tata Steel and Power Grid emerging as the biggest laggards.

The Asian markets in Seoul, Tokyo, Shanghai and Hong Kong were trading in the red in mid-session deals.

The U.S. markets had ended significantly lower on Friday.

“Markets expected Jerome Powell to remain hawkish at Jackson Hole but the ultra-hawkish tone of the Fed chief’s message and his warnings that Fed’s policy will ’cause some pain to households and businesses’ and this is ‘the unfortunate costs of reducing inflation’ were not expected and factored in by the markets,” said V.K. Vijayakumar, Chief Investment Strategist at Geojit Financial Services.