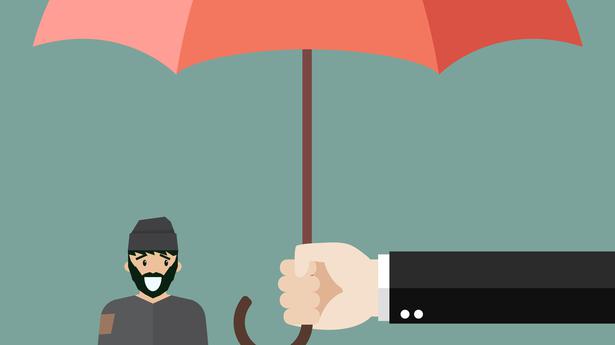 Three mass insurance schemes were introduced in the year 2015 under the financial inclusion objectives of the Government of India meant for people from the low-income group as well as the unorganised sector.

Atal Pension Yojana, introduced as Varishtha Pension Bima Yojana, was in the news last week because from October 1, taxpayers, past or present, cannot open new accounts.

This will narrow the eligibility for the scheme to low-income individuals who were the core targets, especially from the unorganised sector, as they do not have access to other pension schemes offering guaranteed retirement pensions.

To recap the profile of the scheme, individuals between 18 and 40 years of age can join the scheme that offers a monthly minimum guaranteed pension after age 60, of ₹1,000-5,000, depending on the contribution.

Administered by the Pension Fund Regulatory and Development Authority (PFRDA), there was also an attractive co-contribution by the Government of India for the first five years for those who joined the scheme from June 1, 2015, to March 31, 2016. This contribution was 50% of the subscriber’s own contribution up to a cap of ₹1,000 per year and was meant only for those not covered by any Statutory Social Security Schemes and who were not income taxpayers.

This was an introductory incentive for the first five years of joining the scheme.

The numbers work like this. A 25-year-old member in the scheme can contribute ₹376 per month through a linked bank account seeded with a mobile number, till age 60, and receive ₹5,000 per month pension after that through his or her lifetime.

This is a minimum guaranteed pension and if returns on the corpus invested are higher, the beneficiaries could get higher pensions.

There will also be a return of the corpus amount of ₹8.5 lakh to his or her nominee on the death of the annuitant.

It is the guaranteed nature of the pension that probably dictates the exclusion of taxpayers from the scheme now.

There is a subsidy element implicit in the guarantee and it needs to reach those it is meant for and not others who can afford to support themselves. Much like some ration cards being identified for subsidised rations and the drive for voluntarily giving up cooking gas subsidy.

The exclusion of taxpayers from pension scheme does not rob them of the opportunity to provide for their old age as there are other pension schemes such as the National Pension System (NPS) and Public Provident Fund (PPF) that give higher returns or pension for higher contributions, which they can afford, and have a tax-saving element.

The coverage follows a template, thus removing any decision-making. The rates are highly beneficial due to economies of scale. Joining and making claims are easier because you pass through a system; in this case, an existing bank account with a mobile number seeded. This last element made the scheme easier because the subscribers join through their banks, which presumably knows their customers well, and premium payment is automated through periodic electronic debit.

It’s a scheme that you should encourage low-income people in your circle to sign up for. Drivers, maids, housekeeping staff, electricians, plumbers and a variety of technical service providers, vendors, gig-economy workers…. give them the information and your endorsement that government schemes do them good. They have been seeing the mass health insurance schemes making a change in their lives, and this message will resonate.