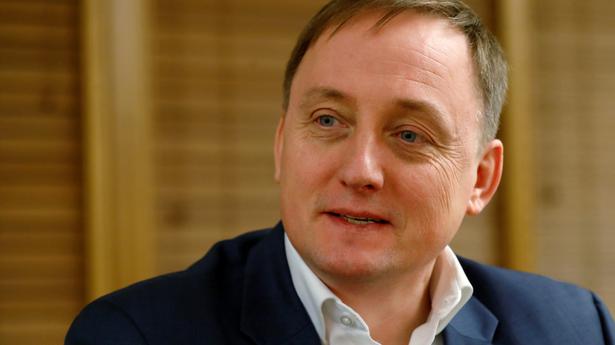 ECB should reduce its balance sheet at some point but, for now, it should predominantly deal with interest rates, Martins Kazaks said

ECB should reduce its balance sheet at some point but, for now, it should predominantly deal with interest rates, Martins Kazaks said

A euro zone recession is now very likely but that alone will not bring down inflation and the European Central Bank should opt for a big rate hike next month, ECB policymaker Martins Kazaks said on Saturday.

The ECB raised rates by 50 basis points in July to zero and a similar move is being priced in for Sept 8 but some policymakers have started talking about an even bigger increase as the inflation outlook is deteriorating.

“Frontloading rate hikes is a reasonable policy choice,” Mr. Kazaks, Latvia’s central bank chief, told Reuters. “We should be open to discussing both 50 and 75 basis points as possible moves.

“From the current perspective, it should at least be 50,” Mr. Kazaks said in an interview on the sidelines of the U.S. Federal Reserve’s Jackson Hole Economic Symposium.

The problem is that at 8.9%, inflation is more than four times the ECB’s target and it is still likely to go higher before a slow retreat.

Underlying inflation, which filters out volatile food and energy prices, is also uncomfortably high, indicating that some of the inflation is now getting embedded in the economy via second round effects.

With rates at zero, the ECB is still supporting the economy and Mr. Kazaks said the bank should reach the neutral level, which neither brakes not stimulates the economy, in the first quarter of next year.

He added that the ECB should reduce its balance sheet at some point but, for now, it should predominantly deal with interest rates.

A complication for the bloc is a looming recession, due primarily to soaring energy prices fuelled by Russia’s war in Ukraine.

While a recession will weigh on inflation, a short and shallow recession, as now expected by many, will not be enough get price growth under control without ECB action.

“With this high inflation, avoiding a recession will be difficult, the risk is substantial and a technical recession is very likely. In Latvia, a recession is part of a baseline scenario,” Mr. Kazaks added.