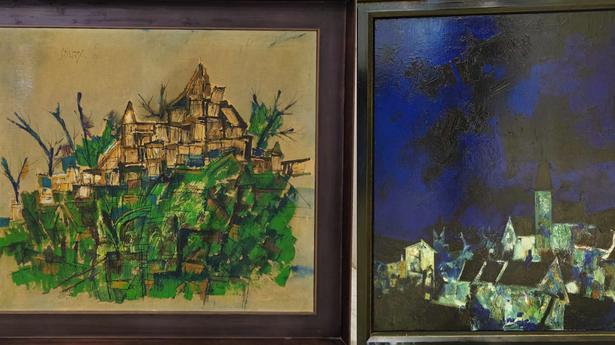 
Investment in expensive artworks and valuables seems to have emerged as a favourite option for businessmen looking to divert proceeds of bank loan scams, the latest example being the ₹34,615-crore case against Dewan Housing Finance Corporation Limited (DHFL) and its promoters.

The Central Bureau of Investigation (CBI) has found that the two principal accused in the case — then DHFL chairman-cum-managing director Kapil Wadhawan and director Dheeraj Wadhawan — had bought at least two paintings worth nearly ₹30 crore. They were seized from the 15 th floor of co-accused Ajay Ramesh Nawandar’s property in Mumbai’s Andheri West on July 9.

Subsequently, the CBI arrested Mr. Nawandar on the suspicion that he along with others was trying to dispose of the paintings and other luxury items at the instance of the Wadhawan brothers. He is currently in judicial custody. His bail application was rejected by a special court on August 20.

As it turns out, during the searches, the agency had allegedly seized the two paintings apart from ₹45 lakh in cash and 25 expensive watches from Mr. Nawandar’s premises. A probe revealed that the paintings were bought through an entity named JVPD One Builder from Asta Guru Auction House Private Limited in 2013, according to the agency.

The agency alleges that the paintings were acquired from the proceeds of defrauded loan amounts taken from a consortium of 17 banks led by the Union Bank of India. Also, funds for this purchase had been diverted by DHFL to JVPD through companies operated by DHFL named Creatoz Builders Private Limited and RKW Developers Private Limited.

The CBI submitted in the court that as proceedings for the attachment of assets of Mr. Kapil Wadhawan were under way, Mr. Nawandar kept them [paintings, watches, etc.,] in order to prevent them from being attached and was attempting to dispose of the items. The agency, while investigating its biggest ever bank fraud case, also came across evidence indicating that he had received ₹1.30 crore from Mr. Dheeraj Wadhawan.

Another prominent case in which probe agencies had seized paintings and luxurious items was the one against fugitive Nirav Modi, his uncle Mehul Choksi and others. The accused persons cheated the Punjab National Bank of about ₹13,578 crore. After the alleged scam was unearthed, the Enforcement Directorate and the Income-Tax Department conducted searches that led to seizure of a large number of valuable assets.

Also auctioned were cars, sculptures, branded watches and bags. A total of over ₹53 crore was raised from the auction.

The Income-Tax Department, which had seized 173 paintings and other valuables from premises linked to Mr. Modi in February 2018, also auctioned 55 items for about ₹55 crore in March 2019. They included a painting by V.S. Gaitonde (₹25.24 crore) and Raja Ravi Varma (₹16.1 crore).