Pulicat handkerchiefs from hundreds of years ago are now being revived 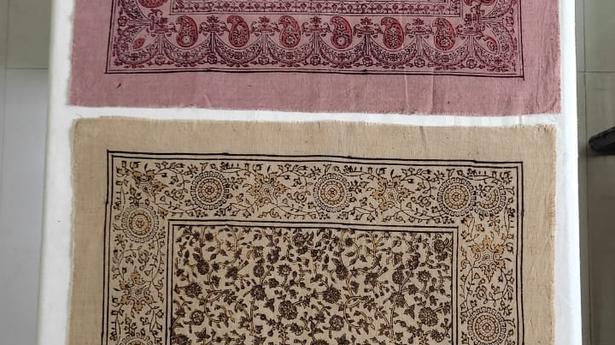 AARDE Foundation is weaving the tale of Coromandel cotton, reviving its legacy and showcasing its heritage

AARDE Foundation is weaving the tale of Coromandel cotton, reviving its legacy and showcasing its heritage

For long, Tamil sailors carried a secret when they went to sea. Their vessels were sturdier than anyone else’s, not even the strongest one in the British, Dutch or Portuguese fleets could outperform them. The men spoke not a word about this, until Portuguese explorer Vasco da Gama bribed one of them in desperation. “He found out that the answer lay in their sails,” says Xavier Benedict, the founder of AARDE Foundation, a non-profit that is involved in the promotion and conservation of Pulicat. Tamil sails were woven with locally-sourced cotton along the Coromandel Coast and were thicker and sturdier. This cotton is now seeing a revival, thanks to the efforts of his foundation. Xavier has roped in National Award-winning textile printer K. Dakshinamurthy to recreate this fabric, which will be on display at Pulicat on August 27.

Pulicat handkerchiefs that will be on display
| Photo Credit: Special arrangement

Dakshinamurthy has created 16 patterns on Coromandel cotton using block-printing technique. “The designs are intricate and are close to what was in use in the 16th Century in Pulicat,” says the 71-year-old, who now works as a master printer at the Kalakshetra Foundation. “They were used as handkerchiefs back then,” he says.

Dakshinamurthy, during his stint at the Weavers Service Centre at Rajaji Bhavan in the city, researched on the pattern, and curated the designs that were traditionally printed on fabrics at Pulicat, Ponneri, and Walajabad. “It is interesting to note how detailed the designs are,” he says, adding, “I tried to stick as close as possible to the original and used natural dyes.” These include colours extracted from soapnut, manjistha root, and palash flowers.

Xavier has long been mulling over the revival of Coromandel cotton. “Just like native rice varieties, there were thousands of cotton varieties native to the Tamil landscape,” he points out. “Unfortunately, we lost them all to the invasion of American cotton. What is left is just one variety, the Karungani.”

Tamil kings swore by Coromandel cotton: Xavier says that Raja Raja Chola used sails made of this cotton to cross the ocean. “It lasted eight to 10 months, unlike European sails that had to be replaced every two to three months,” he adds.

The sails gave Tamil sailors wings: they could travel across the ocean, whereas the Dutch, Portuguese, and the British had to stick close to the coast to make regular pitstops to change their sails. “They invaded us for cotton, and not for spices,” points out Xavier, adding: “Spice was used in exchange for this cotton.” The fabrics on display are a tribute to this historic cotton that thrived on the Coromandel coast’s black soil. “The name Coromandel is in fact derived from the Tamil words kari (black) and manal (sand),” says Xavier. “It was only after much later, once harbours were constructed along the coast, that the colour of the sand change to what it is now.”

This experiment is just the beginning. Xavier hopes to make these fabrics commercially viable to be tailored into clothes in two to three months. If that happens, we can soon wear a kurta with designs that were once printed on a handkerchief hundreds of years ago in Pulicat.

The Pulicat handkerchiefs will be on display at AARDE Foundation’s office at Pulicat. It is part of Trace The Origin of Madras heritage walk that is on today as part of Madras Day celebrations.