Chronicling a photographer just through his images 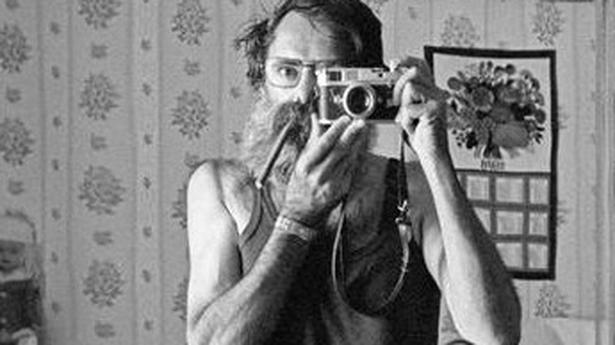 That much of the 90-minute running time of documentary filmmaker Ran Tal’s 1340 Frames of Love and War is made up of still photographs shown in sequence does not register in the viewer’s mind. The voices that accompany the photographs and the thoughtful editing tricks one into thinking that it is a film with an engrossing narrative. Not to forget, some of the remarkable photographs are those that have stood the test of time.

The voice is that of legendary Israeli photographer Micha Bar-Am, and the narrative spans the nine decades of his eventful life. The documentary, screened at the 14th International Documentary and Short Film Festival of Kerala (IDSFFK), is as much a chronicle of his life behind the lens as well as a document of the unceasing violence that has marked Israel’s occupation of Palestine.

At 91, memory does not really serve Micha Bar-Am. But his old contact sheets and prints remain as testaments to his days as a war photographer. The most endearing parts of the documentary are the debates he has with his wife Orna, who corrects him whenever he gets the sequences of events wrong. The only moving images in the documentary are that of a young Bar-Am in Nazi Germany, in a video shot by his father before the family fled the country. But he says that he has no painful memories of his childhood in Germany.

Although he has seen his work as a path towards peace, he does not pointedly state his stand on what he thinks of the Israel-Palestine conflict, despite probing questions from the filmmaker. But, at a point, he does compare the Shatila and Sabra massacres of Palestinian nationals in 1982 to the holocaust. For someone who was also at a time an embedded photographer with the Israeli forces, that is quite a political statement to make. It was also the last atrocity he photographed, he says. His shots from the trail of Holocaust perpetrator Adolf Eichmann at Jerusalem in 1961 is another highlight of the documentary.

For its painful documentation of decades of work of an important photographer, and for the evocative way it has used those images, Ran Tal has achieved quite a lot with 1340 Frames of Love and War.