Homeentertainment‘The Lord of the Rings: The Rings of Power’: Middle-earth, magic, and madness returns
entertainment

‘The Lord of the Rings: The Rings of Power’: Middle-earth, magic, and madness returns 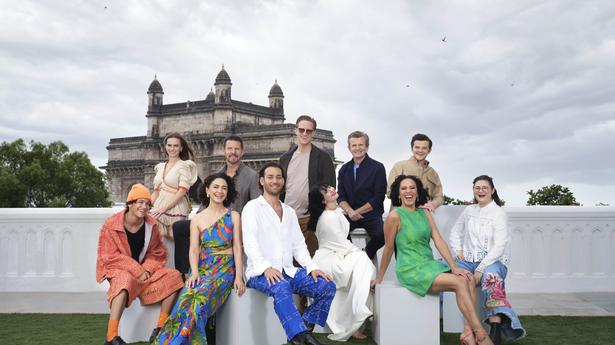 The showrunner and cast of the upcoming Amazon Prime epic-fantasy series The Lord of the Rings: The Rings of Power talk about J.R.R. Tolkein’s legacy, introducing a new visual language to the audiences, and more

The showrunner and cast of the upcoming Amazon Prime epic-fantasy series The Lord of the Rings: The Rings of Power talk about J.R.R. Tolkein’s legacy, introducing a new visual language to the audience, and more

Perhaps it should be a surprise why it took this long for legendary author J.R.R. Tolkein’s works to be adapted to the longer streaming format, after the phenomenal success of Peter Jackson’s Lord of the Rings (2001–03) and Hobbit (2012-14) trilogies. The six multi-Oscar-winning movies made Jackson the third-highest-grossing filmmaker of all time, and it was but natural that a television series – exploring mysteries and adventures around the fabled fantasies of Middle-earth – should come, catering to all generations of fans, globally.

Now, it has taken two very brave men in J.D. Payne and Patrick McKay, to live up to Jackson’s legacy, with their new series The Lord of the Rings: The Rings of Power.

Set in the Second Age of Middle-earth, the epic drama is set several years before the events of The Hobbit and LOTR, and charts the origins of one of the greatest villains in fictional history : Sauron. From the darkest depths of the Misty Mountains to the spectacular island kingdom of Númenor, dwarves, elves, humans and magical creatures of all kinds come to the fore against all odds to guard against the feared re-emergence of evil, as kingdoms fall and unlikely heroes rise.

With a star-studded ensemble — actors such as Robert Aramayo, Morfydd Clark, Nazanin Boniadi and Charles Edwards, to mention a few — the series has already been hailed as one of the most-expensive productions in history, and is set to launch with staggering expectations next month.

The team of The Lord of the Rings: The Rings of Power were recently in Mumbai to promote their upcoming project, and found time to chat with us in person.

Excerpts from the exclusive interviews:

As the showrunner of perhaps the most ambitious TV series of all time, J.D. Payne, along with co-creator Patrick McKay, is under the spotlight. However, the self-professed Tolkien nerd cannot wait for the audience to experience how he has taken the iconic writer’s legacy forward. Unlike Peter Jackson’s Academy Award-winning film adaptations from the novels, this series has been created from the Lord Of The Rings appendices, indicating that there was a lot of space for creative liberty. For a franchise with such global fandom , is this a boon or bane?

“It was helpful that Tolkein himself created this cycle of interconnected myths, and left room for other minds and hands that are wielding tools to bring all this music and drama together. We (Patrick and I) feel humbled to be amongst the many to carry on his legend, and figure out his series of clues and piece it all together, almost like a treasure hunt,” he says.

Showrunner J.D Payne with some of the cast members

He also describes working with Patrick like a “marriage”, the creative equivalent to marrying a high-school sweetheart. “We share a common language that we respond to aesthetically, but still have different tastes that we trust in. It’s like having eyes at the back of each others’ heads.” He feels the modern fantasy genre has come full circle with the Rings of Power, after a decade that has seen other projects in the same category like Game Of Thrones, The WheelOf Time and The Witcher achieve global success: “Tolkein is the grand-daddy of this genre; it wouldn’t exist without him! I really feel that the audience is ready for this kind of storytelling with many interwoven plots and stories; it’s fantastic that Amazon has committed the resources towards us realising its potential.”

Also, emphasis is placed on racial diversity among actors, something that was amiss in the previous titles in the genre. “Yes, the casting was a mammoth process, whittling down people from thousands of audition tapes. The ethereal qualifier was having an intuition that an actor looked like they could “belong” to the Second Age of Middle-earth. Then, we took into account who they’d be sharing screen space with; for instance, the Harfoot characters of Poppy and Nori are best friends, so we found actors who looked like they could organically be buddies. The same with romantic duos, archetypal classic heroes, troubled youth, and so on… we discovered 22 needles in 22 haystacks!” J.D. laughs.

The British actor and activist essays a prominent role of a healer named Bronwyn, who manages an apothecary in the Southlandsand is trying to keep her son safe, while being embroiled in a forbidden romance.  Nazanin is not new to the Indian audience as she starred in the 2018 thriller Hotel Mumbai, and was a regular on shows like How I Met Your Mother (as Nora) and Homeland (as Fara Sherazi).

Fondly remembered for her character Leyla Mir in the medical drama General Hospital, Nazanin has a real-life background in the medical field, from which she says she drew inspiration for playing Brownyn in The Rings of Power. 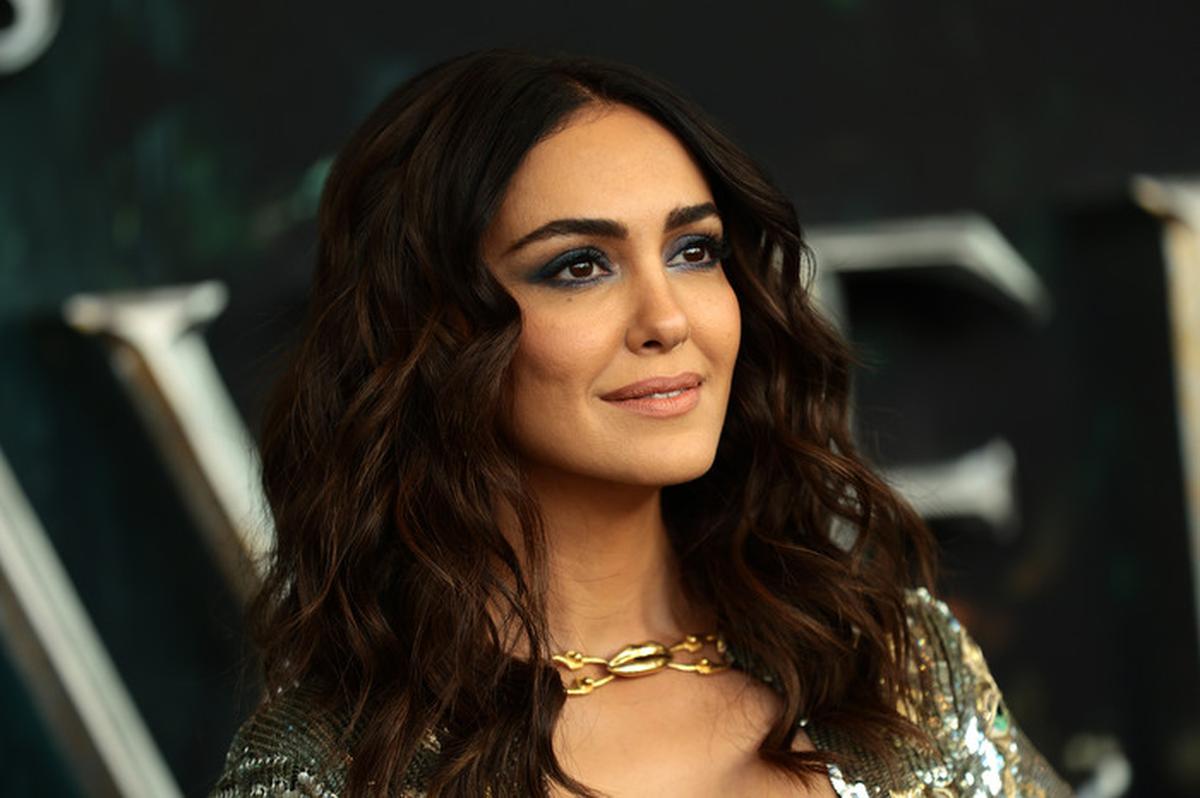 “It seems to be a running theme, isn’t it? I also had a similar role in General Hospital. I took inspiration from my activism, having met some incredibly courageous Iranian women who risked their lives for a better future. That helped me develop my character, who is tenacious and dedicated to freeing the Southlanders and redeeming them,” Nazanin says.

The English star is known for his role in the psychological-thriller miniseries Behind Her Eyes, and also for playing young Ned Stark in Game of Thrones. Set for a breakthrough now, Robert takes on the character of the half-Elven architect Elrond, who was essayed memorably by Hugo Weaving in Peter Jackson’s movie trilogy. Robert Aramayo as Elrond in the series

“It was fascinating to play the role of a young elf , who later becomes a legendary figure in Lord Of The Rings. He is surrounded by mentors and people he respects, so it’s really fun to see him at the beginning of that journey,” says Robert.

He admits that it’s a massive boost for his career to have been part of two of the biggest fantasy epic shows of all time in Game of Thrones and The Rings Of Power. He adds his repartee and scenes with co-star Charles Edwards (Celebrimbor, the Elven smith who forges the Rings of Power) were immensely enjoyable.

Of father and son: Lloyd Owen and Maxim Baldry

One’s a feted theatre veteran, the other, an up-and-comer in the film industry. Together, they showcase one of the most complicated relationships on the show: that of a grieving father (Elendil) and a son (Isildur) trying to cope with the loss of Eldenil’s wife.

In Lord Of the Rings, Isildur ends up becoming a warrior who plays a major role in Sauron and the One Ring living on. However, in Rings of Power, we meet him as a young sailor trying to find his way, says Maxim, who was delighted to explore such a “divisive character.”

Maxim Baldry as Isildur in the series

“I wanted to make him as relatable as possible instead of having the audiences instantly hate him. Yes, he makes mistakes, but after watching his narrative, you will understand why he chooses to follow certain impulses. One of my favourite things was learning to horse-ride during the shoot in the gorgeous vistas of New Zealand ,” quips Maxim, who has a touch of Russian heritage to him.

Lloyd, on the other hand, says he brought his on-stage experience and excitement to the role: “I could relate J.D. and Patrick’s heightened elements of language and dialogue to theatre; I felt it resembled a Shakespearean classic sometimes..”

As a huge fan of Tolkein’s books , Lloyd also was dispensing nuggets of information and trivia to some of the younger teen actors on the set. “But the Middle-earth you will see on the show is very different. It took ages to create a new visual language with a fresh script.”

The British actor also recalls his time in India, a few years ago, when he shot for Aamir Khan’s Thugs of Hindostan. “It was a privilege to work with Aamir Khan and Amitabh Bachchan. And what a challenge it was, when the director Vijay Krishna Acharya decided that my character had to speak Urdu! I enjoyed it so muchand I’m thrilled to be back here now.”