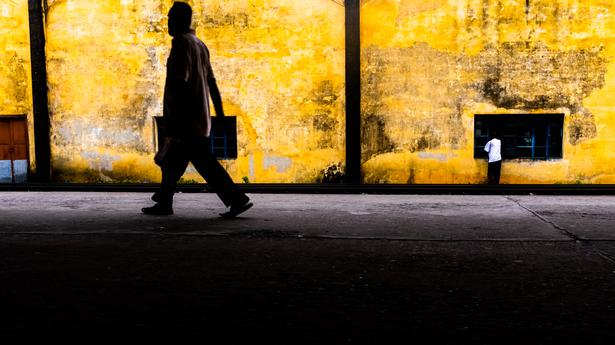 The novel, about an academic in Berlin, gives us a real-time immersion with every moment of reading

The novel, about an academic in Berlin, gives us a real-time immersion with every moment of reading

“Today, I still wonder why I write novels.” Amit Chaudhuri says in his essay, ‘Why I write novels’: “It isn’t to master an art that I have no desire to master, but, evidently, to create something out of my perplexity with the form.”

Since the publication of his first book,  A Strange and Sublime Address in 1991, Chaudhuri’s fiction has shown us that “perplexity with the form” can create art at least as intriguingly as “mastery” over it. Perplexity can be an intense form of engagement — dislike can be too, as Chaudhuri has argued elsewhere. Love is not necessarily the most generative relation to something, and neither is mastery the greatest assurance of soulful art. For Chaudhuri, the perplexity, or the resistance to narrative realism is his “resistance to the air of recounting; the air that something is over — that what you have before you as you read a novel is an event, or life, as well as an artefact, that’s already finished.”

Take the opening sentence of his new novel,  Sojourn, set in Berlin: “It was evening, and I didn’t know the name of the road I was taken to.” And then take the last couple of sentences of the book: “The paucity of choices, the familiar parameters — I don’t question them. I’ll probably die before anything changes.” The ending, cast in the present and in the possible future tense, escapes recounting, the narration of something already over. The opening sentence, in past tense, can be an act of recounting but it can just as well be a sentence immersed in the moment, a brooding over an experience that is ongoing.

Time, experience, and reflection often happen in a continuum. But Chaudhuri’s main argument about recounting as the  modus operandi of narrative realism holds true. Recounting is the work of language  after the event. But Chaudhuri makes a claim that is both radical and obvious: that language always creates a new reality rather than reporting an existing reality, whether or not the narrated is adulterated by things that didn’t happen, or happened in a slightly different way — for instance, Sandeep in  A Strange and Sublime Address is physically there in the house when his uncle has a heart attack whereas Chaudhuri heard about it on the phone when he was Sandeep’s age. But such deviations are not the only resistance to recounting. Sojourn presents the other element of truth-claim that Chaudhuri’s fiction usually contains: “As I write about what’s deemed to be ‘ordinary’, my stories are taken to be true. Why would anyone  make up an episode that has nothing aberrant or outrageous in it, a ‘story’ that has no ‘story’?” Ordinariness is the quality that, as Chaudhuri points out, competitors on reality TV use when they want their lies to go undetected by their interrogators. An unnamed Indian writer arrives in Berlin as the Böll Visiting Professor at an unnamed university in Berlin. The few months’ sojourn holds  la vie quotidienne as such visiting positions are expected to hold: lectures at the university, a quiet life in a flat in an uneventful part of the city, and some quirky social interactions and relationships — most significantly, that with a poet and asylum-seeker from Bangladesh, Faqrul Haq, and a German woman named Birgit with whom the narrator develops a friendship.

Chaudhuri’s novels are often defined by an experience of travel, be it a short holiday or an extended stint as a student, and the spatial dislocation brings a heightened awareness of quotidian atmosphere around oneself. The exception in this novel is the submerged awareness of the far-reaching consequences of a major historical event, the fall of the Berlin Wall and the political dissolution of the east-west binary. History makes some experiences while it renders certain others impossible, such as the freedom of mind that comes to the narrator unexpectedly as he tries to define happiness: “I had something basic in mind: the release from the awareness of who or where you are, which comes a few times a day. To even be in a state when the thought — ‘I’m in East Berlin in 1983’ — hasn’t even formed; when consciousness is undecided.”

It remains the kind of novel where the syntax of experiential evocation does not become what Chaudhuri calls “novelistic syntax”, the kind which joins events to linear plot movement — or what Franco Moretti has called “fillers”, simply because the novel does not have what Moretti has called “turning points” either.  Sojourn remains deliciously suspended in the present, avoiding the fate of recounting; our true reward is that we have a real-time immersion with every moment of reading. And after reaching the last sentence, we can go back to the beginning and start all over again, because no event, in Chaudhuri’s fiction, is ever really over.

The reviewer’s novels include The Firebird , The Scent of God , and The Middle Finger . @_saikatmajumdar