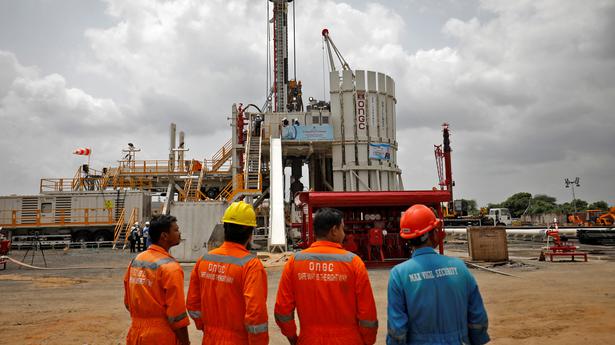 Oil and Natural Gas Corporation (ONGC) has relaunched a tender to sell gas from its KG fields at a higher price of $15 per mmBtu as it looks to capitalise on a global surge in energy prices.

The firm sought bids for the sale of 0.75 million standard cubic meters per day of gas for one year from the KG-DWN-98/2 (KG-D5) fields in the Bay of Bengal, according to the tender document.

The firm asked users to quote a premium they are willing to pay over and above the reserve gas price of 14% of Brent crude oil price plus $1 per million British thermal unit.

The reserve price at the current ruling Brent oil price of $101 per barrel comes to more than $15 per mmBtu.

The applicable sale price shall be lower than the gas price bid or the government-dictated ceiling rate for gas produced from deepsea fields, it said.

The government fixes the price of domestically produced natural gas twice a year – the rate for gas from deep sea fields for six months beginning April 1 is $9.92 per mmBtu.

This rate is expected to be revised upwards in October, reflecting a surge in international energy prices following Russia’s invasion of Ukraine.

ONGC had in April last year sought bids for the sale of 2 mmscmd of gas from the KG-D5 block but had to abort the sale after the move was challenged in the court.

In that tender, bidders were required to quote a premium over 10.5% of Brent.

This is the same benchmark RIL-BP had used in February to sell out 7.5 mmscmd of gas from the block.

ONGC’s KG-D5 block is expected to have a peak production rate of 15.25 mmscmd of natural gas and 80,000 barrels per day of oil.

The company is likely to come out with another tender later this year for the sale of 5 mmscmd of gas from next year..