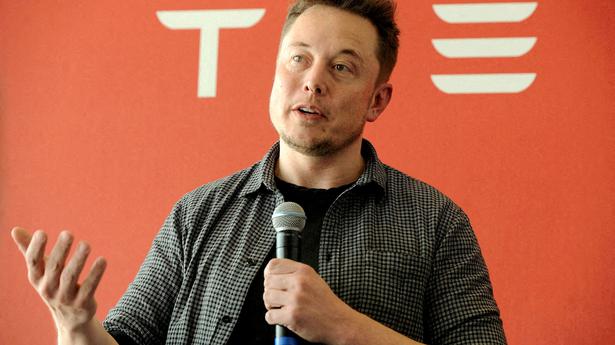 Pranay Pathole, who amplified a design flaw in Tesla’s windscreen wipers, has since enjoyed chatting openly with the billionaire on Twitter

Pranay Pathole, who amplified a design flaw in Tesla’s windscreen wipers, has since enjoyed chatting openly with the billionaire on Twitter

An Indian engineer who is known for his close Twitter friendship with Tesla CEO Elon Musk finally met his personal hero.

A photo posted by Pranay Pathole showed Mr. Musk in a leather jacket and Mr. Pathole in a denim jacket, both smiling and posing casually in an industrial setting.

“It was so great meeting you @elonmusk at the Gigafactory Texas. Never seen such a humble and down-to-earth person. You’re an inspiration to the millions,” tweeted Mr. Pathole yesterday.

The Indian fan’s LinkedIn account described him as an assistant system engineer at Tata Consultancy Services.

Mr. Pathole in 2018 shared a Reddit user’s comment which complained that Tesla’s windscreen wipers were spilling water on drivers because they automatically began moving as soon as the car door opened.

Mr. Musk responded to the tweet and promised that the flaw would be fixed in the next release. Since then, Mr. Musk and Mr. Pathole have responded to each other on Twitter, exchanged emojis, or chatted while millions followed their interactions. The Indian engineer made it clear that he was a firm supporter of Mr. Musk’s projects, products, and vision.

It was so great meeting you @elonmusk at the Gigafactory Texas. Never seen such a humble and down-to-earth person. You’re an inspiration to the millions 💕 pic.twitter.com/TDthgWlOEV

“Elon, why is it that Tesla receives so much bad press & negativity compared to other car manufacturers?! Why is everyone trying to spread false articles against Tesla?! When in reality Tesla’s are the most advanced & safest vehicles in the world (both for pedestrian & drivers),” tweeted Mr. Pathole on August 11 this year, in response to an article by The Guardian alleging that Tesla’s self-driving technology had failed to detect children on the road.

“Because Tesla doesn’t advertise and other car companies do,” Mr. Musk replied on the same day. This was just one of their many interactions on the social media platform.

When Mr. Pathole posted the photo of his meeting with the Tesla CEO, it quickly went viral and was retweeted over 2,000 times in a single day. It is not yet clear why Mr. Pathole was visiting the billionaire.

Mr. Pathole had restricted comments on his post. Several Twitter users went so far as to claim that the photo was simulated.

The Gigafactory in Austin, Texas covers 2,500 acres of land and over 10 million square feet of factory space. It is where Tesla’s Model Y car is being manufactured, and where the company’s future Cybertruck is planned to be manufactured. The factory was described as Tesla’s new global headquarters.

[This article has been updated to include Twitter users’ doubts about the photo.]