Interesting fare to look forward to at 14th IDSFFK 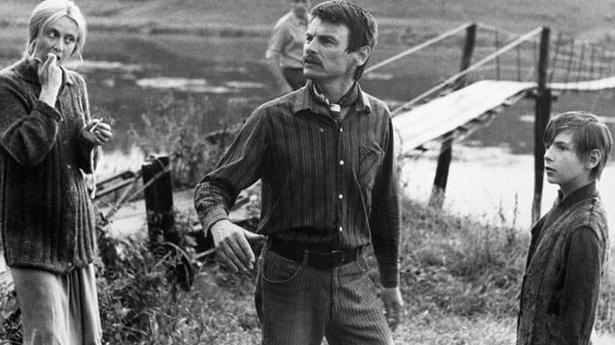 
A package of five short films by women filmmakers from India, mentored by Iranian filmmaker Mohsen Makhmalbaff in collaboration with the A.R. Rahman foundation, will be one of the highlights of the 14th International Documentary and Short Film Festival of Kerala (IDSFFK) beginning this Friday.

The films under the package titled ‘iTales’ are ‘Shahtoot’, directed by Savita Singh, ‘Why Ma’, directed by Pooja Shyam Prabhat, ‘Distorted Mirrors’ directed by Rajshri Deshpande, ‘Agamugam’ directed by Kutti Revathi, and ‘Spaces’ directed by Madhumitha Venugopal. All the five films were shot on iphone. Another much awaited screening will be that of Dziga Vertov’s documentary shot during and immediately after the Russian Revolution in 1917.

Previously, only a 12-minute footage of the film was available to the public. In recent years, researchers unearthed the entire footage of two hours duration from the Russian archives and released it under the title ‘Anniversary of the Revolution’. ‘Andrei Tarkovsky: A Cinema Prayer’ is another interesting offering with the Russian filmmaker’s life and works being brought to the screen by his son.

A total of 262 films have been lined up for the festival in the Long Documentary, Short Documentary, International Short Fiction, Campus Films, Malayalam section, Homage, Animation, and Music video sections. Eight films of documentary filmmaker and editor Reena Mohan, who has been chosen for the IDSFFK’S Lifetime Achievement Award this year will also be screened.

The festival will also showcase 19 films that have won awards and audience appreciation at various international festivals. One of the films in this category is Shaunak Sen’s ‘All That Breathes’, which won Grand Jury Prize in World Cinema Documentary Competition at the Sundance Film Festival. The film focuses on two brothers who run a bird clinic in Delhi, telling a larger story of the city.

Other films in the category include the Portuguese film ‘A Wild Patience Has Taken Me Here’ was noticed at the Sundance Film Festival, Natasa Urban’s ‘The Eclipse’ that won the top award at the Copenhagen International Documentary Film Festival, and Loup Bureau’s ‘Trenches’, which focuses on the Ukraine-Russia conflict.

The delegate registration for the festival is now open at www.idsffk.in and at the delegate cell functioning at the Kairali theatre complex, the venue of the festival.