The impact of the Philips recall of sleep apnea devices 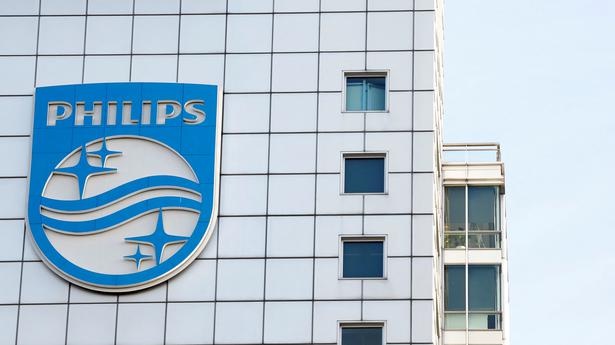 A massive recall of Philips breathing devices in 2021 due to a risk of potential injury has left physicians scrambling to find alternatives for the growing number of people who use them.

Philips said last week it is about halfway through replacing the 5.5 million devices, which include mechanical ventilators as well as non-invasive breathing devices used to treat sleep apnea, a condition marked by brief pauses in breathing during sleep. The company recently named a new chief executive, Roy Jakobs, to lead it through the recall.

Here is a summary of the recall’s impact.

How common is sleep apnea?

More than 30 million people in the United States suffer from sleep apnea, but only a fraction are being treated, said Dr. Raj Dasgupta, a sleep expert at the University of Southern California. One major risk factor is obesity, and as obesity rates have climbed worldwide so have the number of people who need continuous positive airway pressure (CPAP) machines, which pump air through a face mask and hose to ensure normal breathing.

The global market for treatments last year was $8 billion and is expected to top $13 billion in 2028, according to market research firm Fortune Business Insights.

In many sleep apnea patients, muscles in the back of the throat relax during sleep, blocking the airway and causing a brief pause in breathing. As blood oxygen drops, the stress hormone adrenaline causes people to rouse and gasp for air.

For some, this happens hundreds of times a night, said Dr. Indira Gurubhagavatula, a sleep medicine specialist at the University of Pennsylvania Sleep Center in Philadelphia.

Sleep deprivation is also a risk.

“We worry about motor vehicle accidents, we worry about work-related injuries because of the excessive sleepiness,” Dasgupta said.

Details of the recall

Dutch medical equipment company Philips initiated the recall in June 2021 for an estimated 3 million to 4 million devices. It increased that number to 5.5 million devices on Aug. 17.

The recall involved devices using sound abatement foam called PE-PUR, which the company said could degrade into particles and be ingested or inhaled by the user. The foam could also off-gas volatile organic chemicals.

The company has been replacing the insulation on recalled devices with silicone foam, and expects to be done by December 2022.

Since April 2021, the U.S. Food and Drug Administration (FDA) said it has received more than 69,000 reports of malfunctions or injuries associated with the PE-PUR foam breakdown, or suspected breakdown, including 168 deaths. The reports do not prove that the devices are directly responsible for injuries or deaths, but are used by the FDA to track potential problems.

Several doctors said they received little warning of the recall or guidance on keeping patients on a potentially faulty device until a replacement became available. Their practices were deluged with calls from patients worried their breathing machines were putting them at risk for cancer.

“Digging our way out of all of this has been an incredible challenge,” Dr. Gurubhagavatula said, noting that competitor ResMed Inc. has struggled to meet the spike in demand.

Information on the cancer risk has been limited, said Dr. Justin Fiala, a sleep medicine expert at Northwestern University’s Feinberg School of Medicine in Chicago.

He and other doctors have recommended their most critical patients keep using their CPAP devices as they await a replacement.

Alternatives for less critical patients include using special pillows to keep them from sleeping on their backs, over-the-counter nasal strips to keep airways open and the recommendation to stop drinking alcohol.